Canadian Politician: “The Whole World Can Only Admire Them”

(Minghui.org) John Park, a Canadian lawyer and politician, commented during a recent interview on the flood of lawsuits against Jiang Zemin (former Chinese Communist Party leader) for launching the persecution of Falun Gong in China. Mr. Park said that the lawsuits will not only “draw attention to what's happening in terms of what the [Chinese] regime is bringing to bear against the practitioners [of Falun Gong], but also what's happening in the sense of the size and strength of the resistance to the retaliation that the government is bringing to bear.” 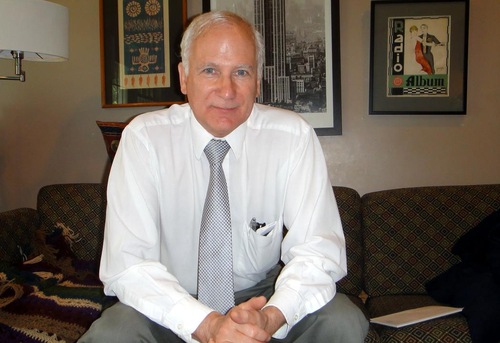 To date, more than 60,000 Falun Gong practitioners in China, together with 567 from 21 other countries, have filed criminal complaints against Jiang Zemin.

Mr. Park believes that the lawsuits “send the signal around the world, but more importantly within China, that anyone who opposes the regime is not alone.”

He praised the practitioners for their courage.

He stated: “It's obviously a courageous act by the thousands of people who are coming forward with the lawsuits, because what they are doing is putting their name and address on record with the authorities as to exactly who they are. They are a challenge to Jiang Zemin and coming right out in the open in declaring their opposition to the brutal conduct.”

Why do they risk the retribution that is likely to come? Mr. Park says it is “because they're committed to a better future. If that means that they expose themselves to personal hardship, they're obviously prepared to face that for the sake of seeking a better future for the next generation. For that, the whole world can only admire them.”

Mr. Park believes that winning is secondary when talking about the results of the lawsuits.

“So, in that sense, whether the lawsuits are successful or not, either way they draw the attention of a corrupt regime that needs to be more widely understood around the world.”

When asked what he thinks the impact of the lawsuits will have on China, Mr. Park said, “That the increasingly large numbers of people are prepared to face serious retaliation in order to demonstrate their opposition to the behavior that we're talking about, and that can only give courage to more to join in that effort. So that has to be a good thing.”

He added, “Chinese people need to get the message that the rest of the world understands what they are facing and sympathizes with them to the extent that they have the courage to stand up for principles that are in line with the Western world, [who] supports, admires and embraces them. They have at least the moral support of the outside world, and they're on the right side of history.”

Mr. Park also criticized the Chinese government for maintaining their authority as their ultimate goal, “as free thinking is a threat to them.” He said: “It is hard to tell the difference between communist China and the thinking of Nazi Germany. The core of it is control. They don't tolerate deviation from their doctrine and their set of rules. It is more to do with maintaining control than advancing any sort of ideal or purpose or larger principle.”

He believes that any changes in China ultimately has to come from China.

“If the number of people opposing the regime outnumbers those supporting it, that's the one thing that will guarantee change,” he said, adding that the lawsuits against Jiang are a good start.

Mr. Park said at the end of the interview, “When I think about what they are doing and what they are about, I think of the principles that established the earliest settlements in North America and how North America grew over the years on matters of principle. We have our faults, and we are making mistakes, but it's only when we forget the principles that we're founded on in the first place. If we can recommit to those principles and show support for those principles where they are demonstrated elsewhere in the world, that can only be good for all of us.”