(Minghui.org) The wife of a recently arrested Falun Gong practitioner filed a criminal complaint against former Chinese Communist Party (CCP) head Jiang Zemin, yet another in a wave of lawsuits against Jiang. 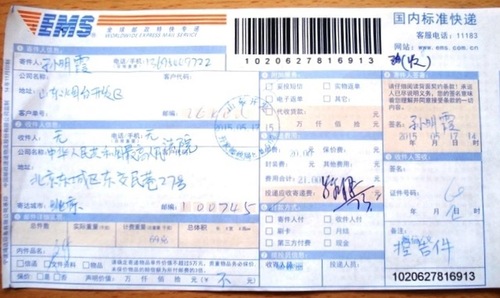 Ms. Sun Mingxia's mail receipt for her complaint to the Supreme People's Court 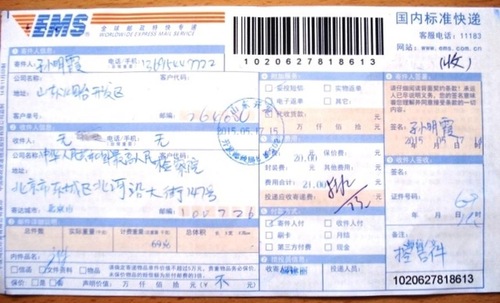 Express mail receipt for her complaint to the Supreme People's Procuratorate 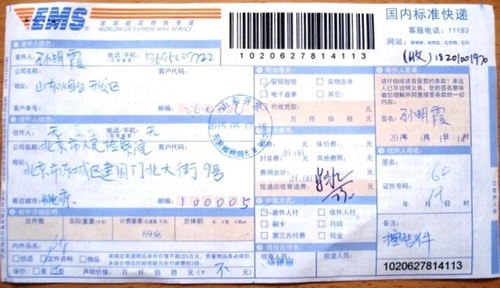 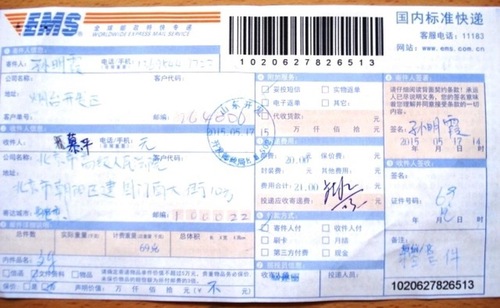 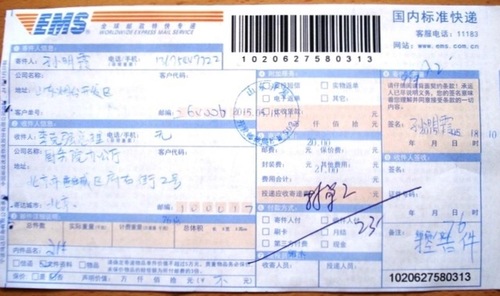 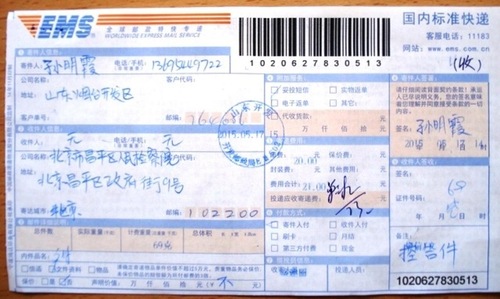 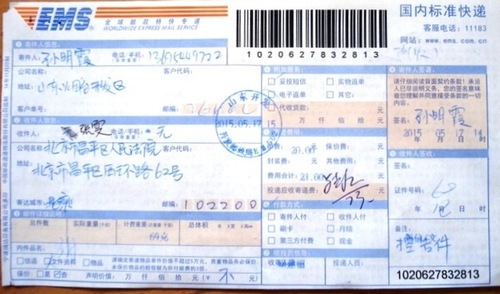 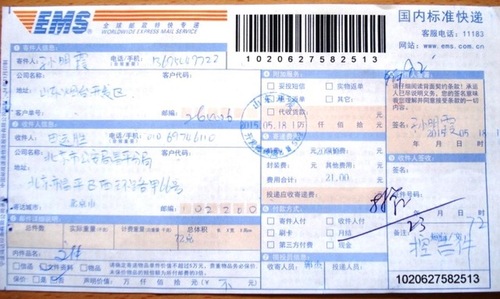 Ms. Sun also mailed her complaint to the Huilongguan Police Station, which had arrested her husband, and the Changping Detention Center, where her husband was detained. 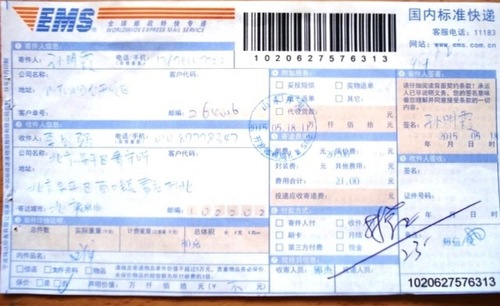 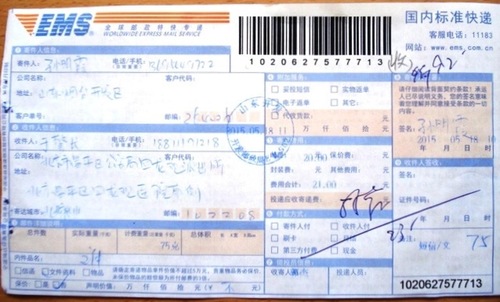 In her complaint, Ms. Sun is suing Jiang Zemin for imposing his personal will on state organs to launch the persecution of Falun Gong, which resulted in the arrest of her husband on fabricated charges.

The couple is from Yantai City, Shandong Province. Mr. Zou, 46, worked as a senior software engineer in Beijing.

Mr. Zou was arrested on April 12, 2015, when he was distributing materials containing information about Falun Gong and the persecution. Huilongguan Police Station officers searched his home and confiscated Falun Gong books, two laptops, an external hard drive, a printer, a mobile phone, and a CD burner.

The next day, the police took him to the Changping Detention Center, charging him with “undermining law enforcement.”

Jiang Zemin singlehandedly started the persecution of Falun Gong in 1999. Despite the disagreement of the other Politburo standing committee members, he took advantage of his then position as head of the Chinese Communist Party and imposed his personal will to launch the persecution.

The persecution has led to the deaths of many Falun Gong practitioners over the past 16 years. More have been tortured and even killed for their organs. Jiang Zemin and his cohorts are directly responsible for the inception and continuation of the persecution.

Under his personal direction, the Chinese Communist Party established a Party-based security organ, the 610 Office, on June 10, 1999. It is an extralegal organization that overrides the law to execute Jiang's policy regarding Falun Gong: ruin their reputations, cut off their financial resources, and eliminate them physically.

Chinese law allows for citizens to be plaintiffs in criminal cases, and many practitioners are now exercising their legal right to file criminal complaints against Jiang.