As head of the Chinese Communist Party, Jiang ordered the brutal suppression of Falun Gong in 1999, leading to the arbitrary arrest and torture of Falun Gong practitioners that continue to this day.

Mr. Ma Weishan, 75, and his wife Ms. Wang Yue, 78, were joined by Ms. Wang Lianshuang, who is filing a criminal complaint on behalf of herself and her son Mr. Wang Zhanqing, who is still detained.

Mr. Ma and Mr. Wang were arrested together in 2014 after police tracked their cell phones.

The three practitioners first tried to submit their complaints in person at their local Procuratorate but were denied entry. They then mailed the complaints directly to the Supreme People's Procuratorate and other high-level judicial agencies. 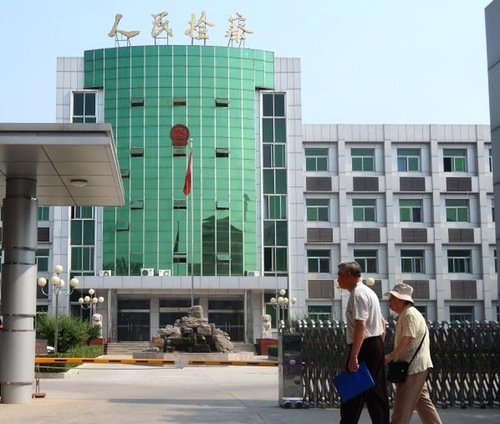 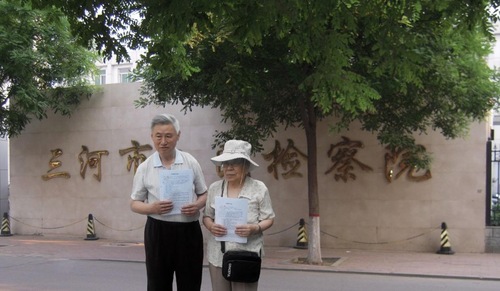 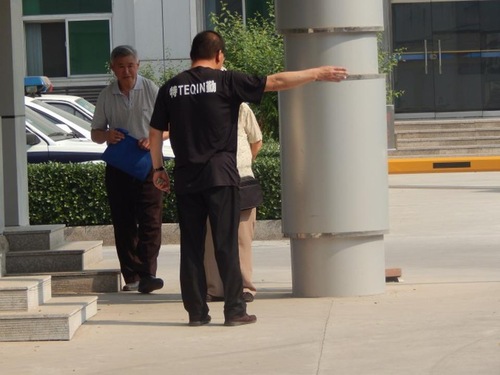 Learning that the couple intended to file charges against Jiang Zemin, a security guard refused to let them enter the Sanhe City Procuratorate.

Mr. Ma insisted that he was exercising his legal right to sue the former dictator, as a recent ruling by the Supreme People's Court requires courts to process all cases filed by citizens.

However, the guard continued to block their entry and began shouting profanities at the couple. 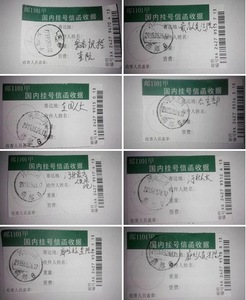 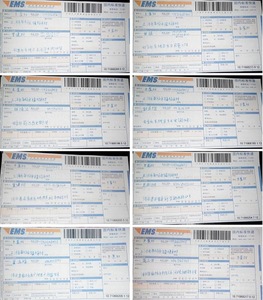 Mr. Ma Weishan explained in his complaint that he practices Falun Gong because its principles of “Truthfulness-Compassion-Forbearance” taught him to let go of resentment and selfishness.

Since Jiang launched his brutal campaign to eradicate Falun Gong in 1999, Mr. Ma had been held in a forced labor camp for two years, imprisoned for three and a half years, and taken to a brainwashing center three times.

Mr. Ma charged Jiang with nine crimes, including abuse of power, libel, and abuse of detainees.

He added that he filed charges against Jiang Zemin directly because “most of the police just follow orders passively” and that “many of them are kind people,” while “Jiang Zemin and a few other officials manipulated national power, intentionally abused laws, and used state personnel to persecute Falun Gong.”

For practicing Falun Gong, he was twice sent to a forced labor camp and detained in detention centers, brainwashing centers, and his workplace over ten times. Due to pressure from the authorities, his wife was forced to divorce him.