(Minghui.org) Mr. Ma Weishan, his wife, and their housemaid were illegally arrested at home by Sanhe City police on April 22, 2014. The police took away over 8,000 yuan in cash, an electric tricycle, and other personal belongings. The reason for the illegal arrest is because Mr. Ma and the family's housemaid practice Falun Gong.

Mr. Ma's wife, who is 78, was later released and taken home by their son. But Mr. Ma and the housemaid were transferred to the Sanhe Detention Center. They have yet to be released.

Over the past 15 years of persecution, Mr. Ma has been arrested, sent to a forced labor camp, and sentenced to prison.

After the Chinese Communist Party (CCP) started persecuting Falun Dafa in 1999, Mr. Ma went to Beijing to speak out for Falun Dafa. He was sent to Gaoyang Labor Camp for two years where he was forced to work over 10 hours a day. Another practitioner, Mr. Ding Jianhua, who was with Mr. Ma, went on a hunger strike in protest and was electrocuted nearly to death. Mr. Ma was chained to a pole out in the cold. 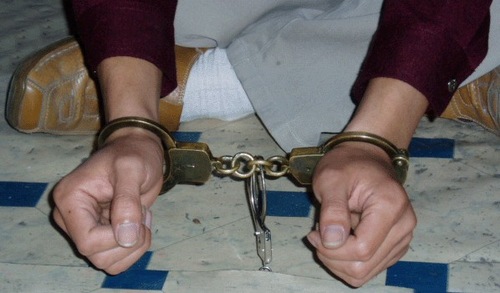 In 2001 Gaoyang Forced Labor Camp subjected Falun Gong practitioners to brainwashing in an attempt to “transform” them. All of the practitioners were placed in the No. 5 Division, where a line of iron rings were anchored to the ground. Practitioners who refused to be "transformed" were chained to the rings 24 hours a day.

Some practitioners were chained for several consecutive days or even longer. The labor camp also used an old hand-crank telephone to torture practitioners. Two electrodes were attached to the practitioners' ankles, and then the phone was charged by cranking the handle. This, along with being shocked with several electric batons, causes the victim's heart to beat erratically. Those subjected to this torture were unable to stand. Mr. Ma refused to be "transformed" and was taken to the Anxin Lead factory to be a slave worker. 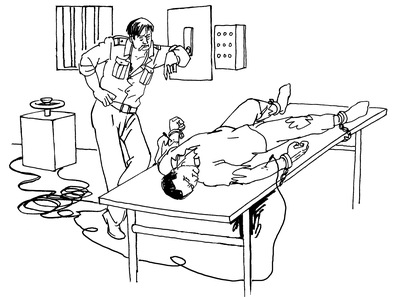 In March 2003, a practitioner went to visit Mr. Ma and his wife. Officer Li Liandi from the Yanjiao Police Station arrested this practitioner and the Ma couple and took them to the Sanhe Detention Center. The next day, the police ransacked Mr. Ma's home and took away a TV set, recorder, VCD, sound system, and cell phones.

Mr. Ma refused to sign a document at the detention center and was brutally beaten. He went on a hunger strike in protest for seven days. His son was finally allowed to take him home. Mr. Ma was still monitored at home by several police officers, who moved into his house. Seven days later, Mr. Ma was deceived and taken to the Sanhe Brainwashing Center by CCP officials. Mr. Ma again went on a hunger strike. Due to high blood pressure, his son was called to take him home that night.

Local police and the village committee people monitored Mr. Ma 24 hours a day. His wife was sick for years due to the constant fear. Later, Mr. Ma called police to ask that his personal property be returned but he never got a response.

On February 25, 2006, Mr. Ma was again arrested. Police invaded his home and took a laptop computer and other items worth a total of over 100,000 yuan. Mr. Ma was later sentenced to three-and-a-half years in prison and detained in Jidong Prison. He was released in 2008.

Mr. Ma Weishan, 74, started cultivating in Falun Gong in 1998 and regained his health. He strives to constantly live by the principles of Truthfulness-Compassion-Forbearance.

“Practitioners from Germany Share Their Stories: “Without Falun Dafa, I Would Still Be Lost in the Maze””