(Minghui.org) Memorial Day, a day on which those who died while serving in the military are remembered, fell on May 25, 2015 this year, and was celebrated with a grand parade in Falls Church, Virginia. The Falun Gong procession won the “Best Float” award among over 70 participating groups. 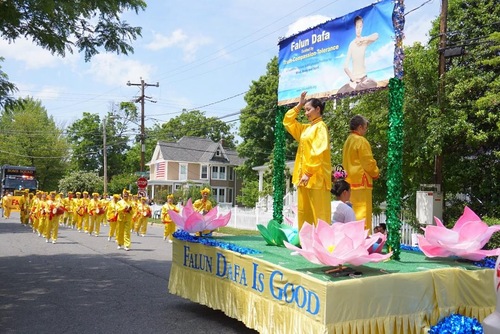 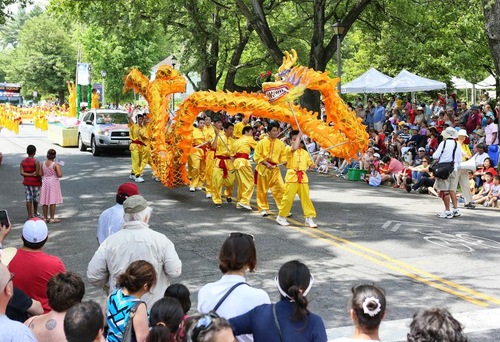 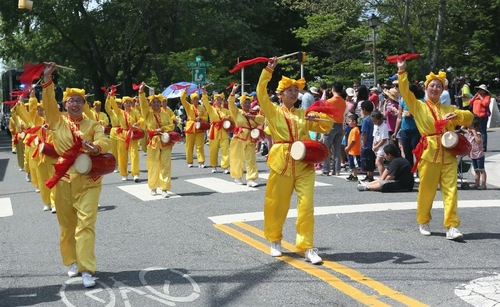 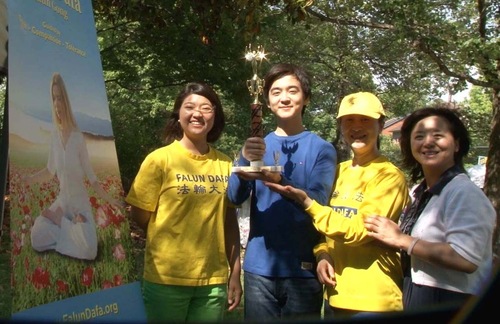 Debbie, a Virginia resident working for a health care company, and her three-year-old granddaughter watched the parade. Seeing a variety of cultures and nationalities in the parade, she commented that it was a perfect exhibition of the prosperity and spirit of inclusiveness of the United States.

Her little granddaughter Layla said that the Falun Gong dragon dance was her favorite.