Elected officials from the province of Ontario joined hundreds of Falun Dafa practitioners to celebrate the day at Toronto Town Square with a rally, a parade, large-scale group exercises and performances on May 17, 2015.

Led by the Divine Land Marching Band, Falun Dafa practitioners marched from Town Square to Chinatown, then back to Toronto Town Square. 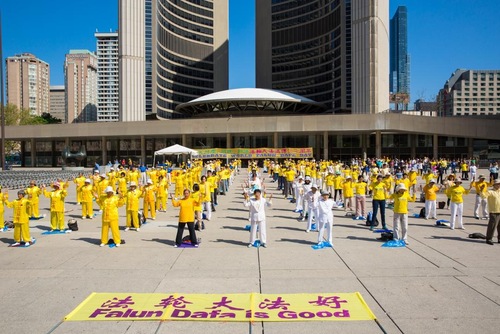 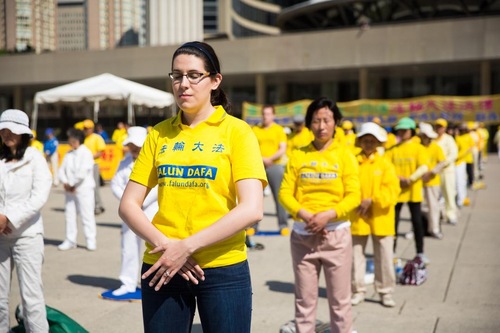 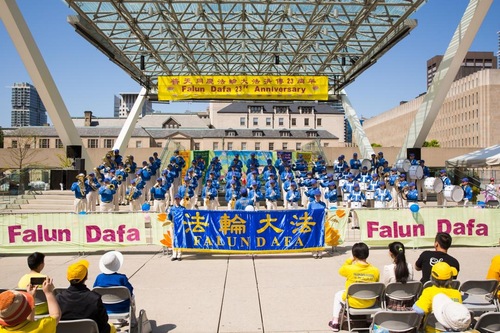 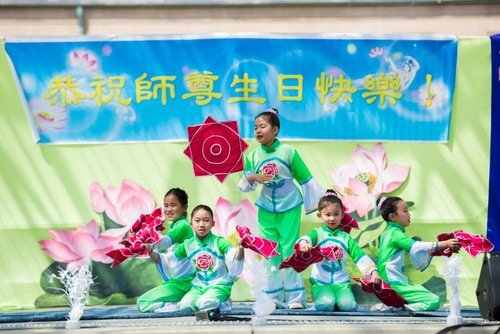 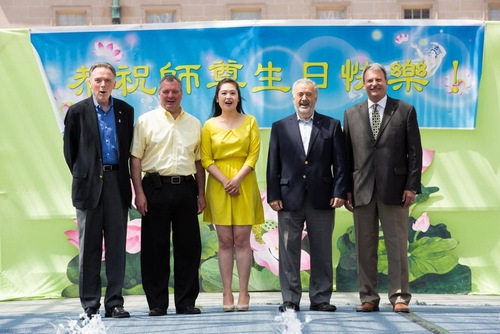 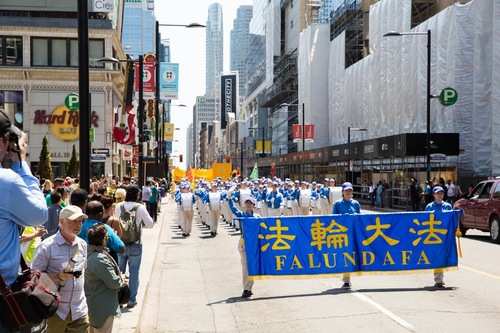 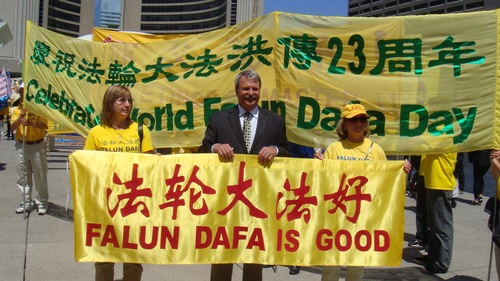 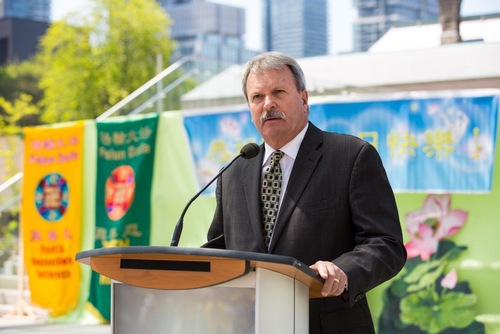 “You have the wonderful values of Truthfulness, Compassion, and Tolerance,” said MPP Jack Maclaren. “You practice mediation and mild exercises in pursuit of mental, moral, and physical health. You are humble and you are unselfish. Those wonderful values are Canadian values. I always say they are international values of good people across the world.

“You dared to have your beliefs that you are going to stick with, you are not going to be deterred or give up, because you believe it,” he added. “I learned this since I was elected three-and-a-half years ago. You are the strongest people in the world.” 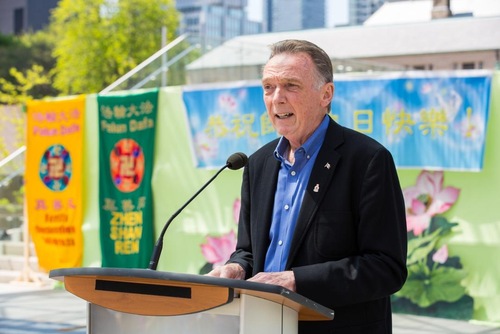 Member of Parliament and newly elected chair of Parliamentary Friends of Falun Dafa, the Honorable Peter Kent, said, “Falun Dafa has brought spiritual fulfillment, mental, and physical well being to millions of people all around the world through gentle exercises, meditation, and the virtues of Zhen-Shan-Ren, (Truthfulness Compassion and Tolerance).”

He added that the Canadian government has regularly and consistently called on the Chinese Communist Party to protect people's rights and freedom of expression, freedom of association, and freedom of religion for all Chinese, including Falun Dafa practitioners. 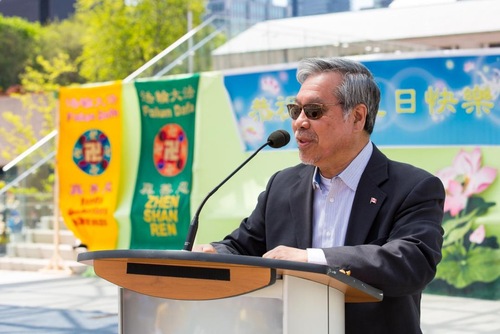 Senator Thanh Hai Ngo said that Falun Dafa practitioners have been peacefully resisting the persecution for 16 years. “We believe the Chinese authorities must accept the existence of Falun Dafa, must allow them to practice in China,” he stated.

“The Communist regime is afraid of people with faith,” said Senator Ngo. He added that the regime persecutes all faiths, but especially Falun Dafa since it has so many practitioners.

“You can be a successful country and still respect people's faith.” 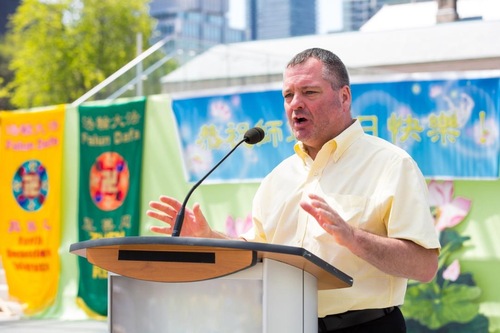 In his speech, Honorable MP Brad Butt said that Canada is a great country that respects and cherishes other people's religions, ethnicities, and faith.

“We have to stand up for these Canadian values and export Canadian values to countries like China,” he said. “You can be a successful country and still respect people's faith.” 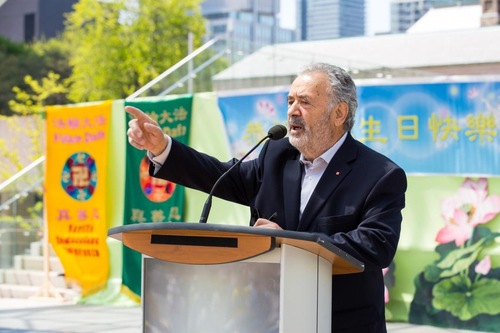 “I believe you will succeed because your cause is just”

However, he is optimistic because he believes that there is “a little bit of light at the other end of the tunnel,” as some of the Chinese officials who have been persecuting Falun Dafa for many years are being prosecuted in China.

Mr. Di Nino predicted that it will be only a short time before people can freely celebrate Falun Dafa Day in China.