(Minghui.org) Foley Square near New York City Hall became a global stage on May 13, 2015, when Falun Dafa practitioners showcased cultural performances by talent from across the globe. Performers from the Americas, Europe, and Asia share the same message: “Falun Dafa is good. Stop the persecution in China.”

The two masters of ceremonies introduced Falun Dafa to pedestrians and encouraged them to take a flyer to learn about the practice and the persecution. The performers' joy and peacefulness caught the attention of passersby, some of whom said that they appreciated the performances and the message.

May 13 marks the 23rd anniversary of Falun Dafa's introduction to public and the 64th birthday of Mr. Li Hongzhi, the founder of the practice. Over 1,000 practitioners gathered at Foley Square to share the beauty and joy of cultivation and gratitude to Master Li. 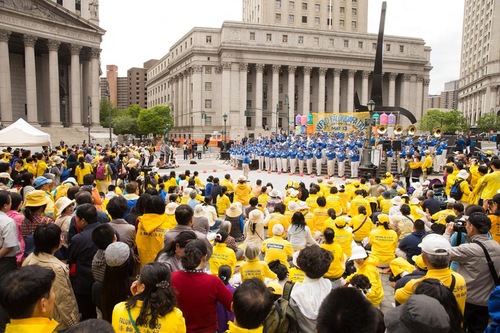 The crowd watches the Divine Land Marching Band perform at Foley Square in New York City on May 13, 2015. 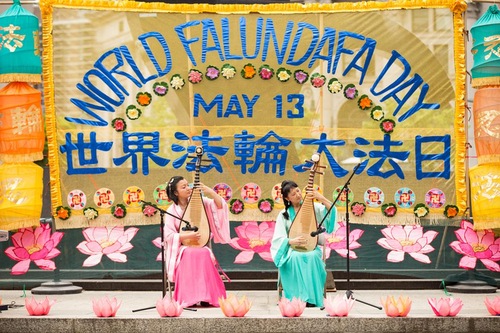 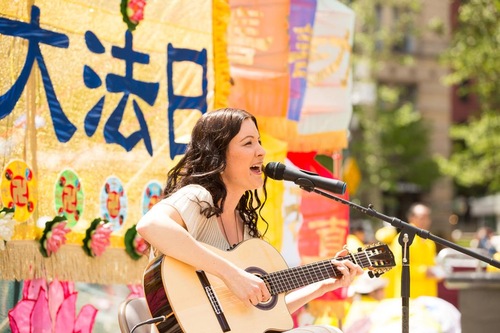 Anna Kokkonen from Finland performs a song she wrote, “The Golden Land.” 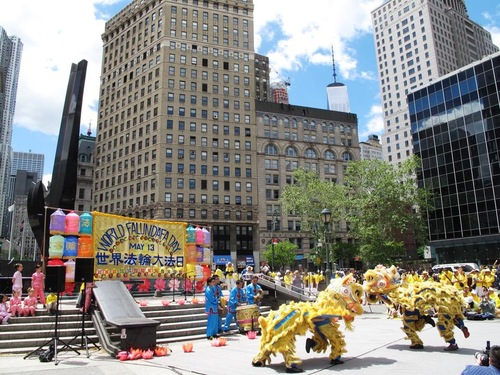 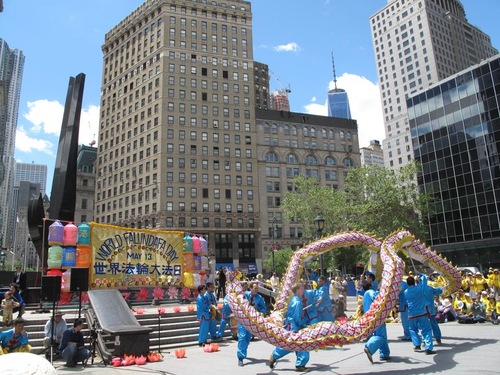 Practitioners perform a dragon dance at Foley Square on May 13, 2015. 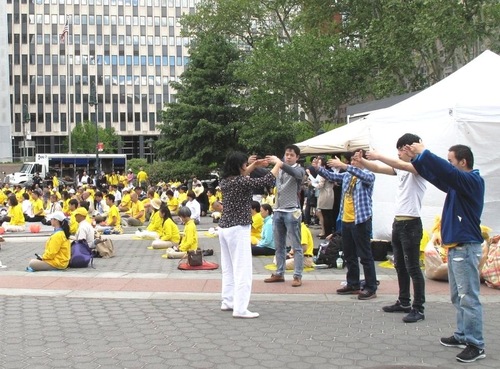 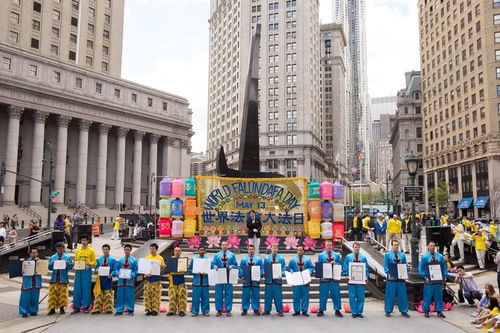 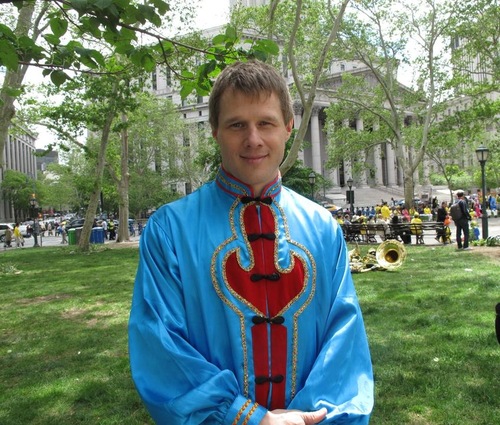 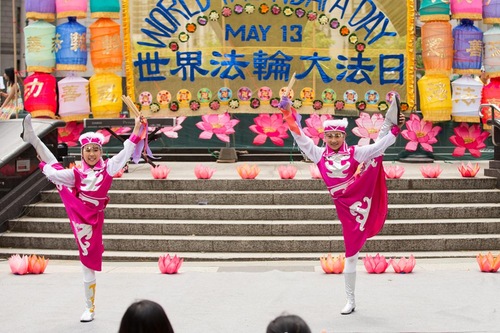 Two 11-year-old practitioners in New York perform a Mongolian dance. When asked what they would like to say for the occasion of World Falun Dafa Day, they responded, “Happy Birthday, Master Li!” 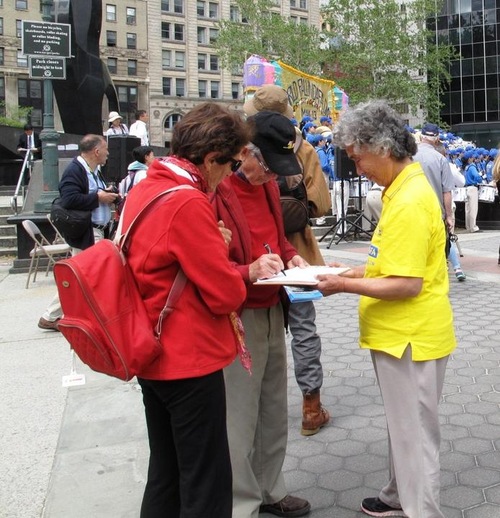 A pedestrian signs a petition to call for the end of the persecution in China. 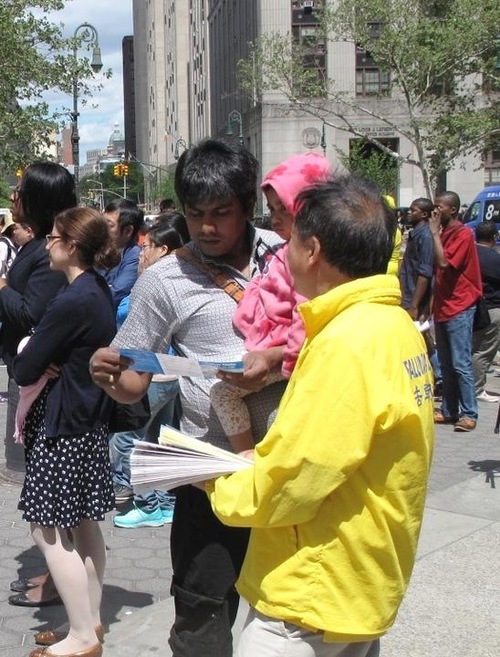 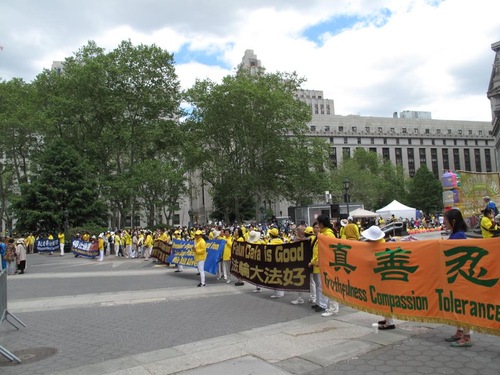 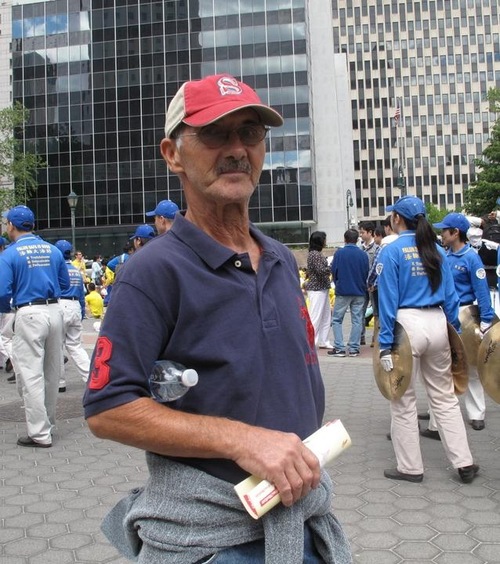 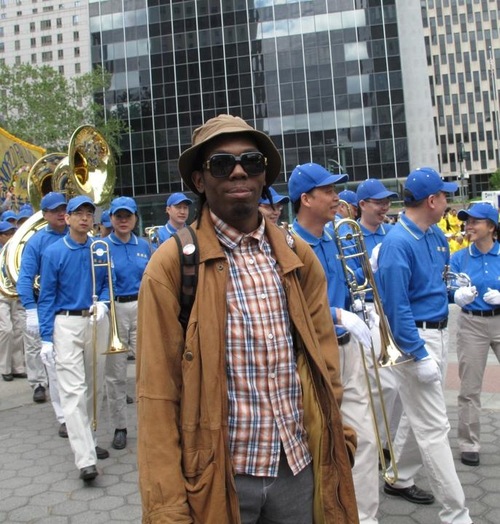 Musician Steven from New York was attracted by the Falun Dafa exercise demonstration at Foley Square. He learned about the persecution of the practice by the Chinese communist regime and signed a petition to call for its end. 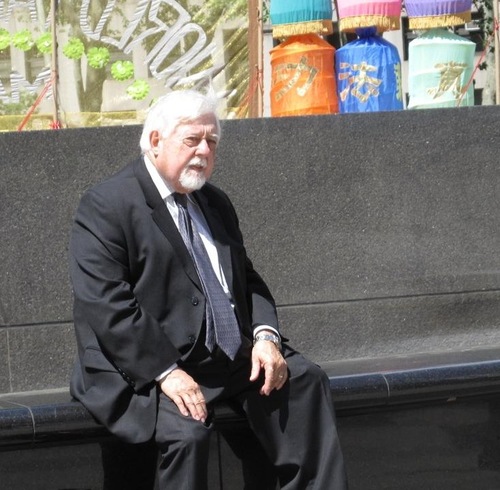 Attorney Ray sat at Foley Square and watched the performances. He said that the performances are a good way to raise awareness of the persecution, and that it is important to let the public know about it.

“I'm just stopping by and taking a look,” said a Chinese man at the beginning of the event. He ended up watching for three hours. As he left, he said, “The program is good. Very pleasant.”