(Minghui.org) To commemorate the 16th anniversary of a large peaceful demonstration in Beijing held by 10,000 Falun Gong practitioners, practitioners in London held a series of activities on April 25 at three locations simultaneously: Richmond Terrace opposite Downing Street, Martin Place, and Chinatown.

Practitioners demonstrated the exercises, passed out materials to raise awareness of the brutal suppression of Falun Gong in China, and collected signatures calling for the end of the persecution. More than 1400 people signed the petition to support Falun Gong's peaceful resistance and condemn the persecution.

A few passersby told practitioners that they were impressed by their peacefulness at the event. “I see a strong power in you. It is amazing that you have so many people here, yet so peaceful,” one man remarked. 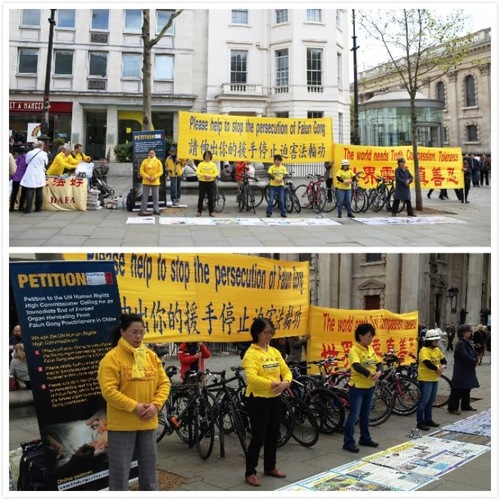 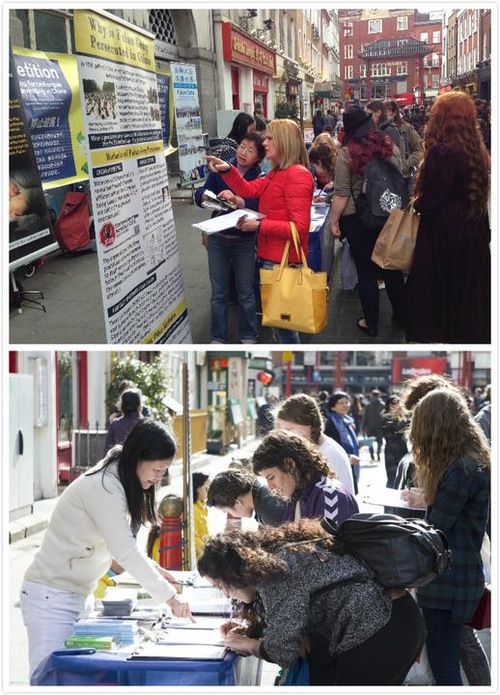 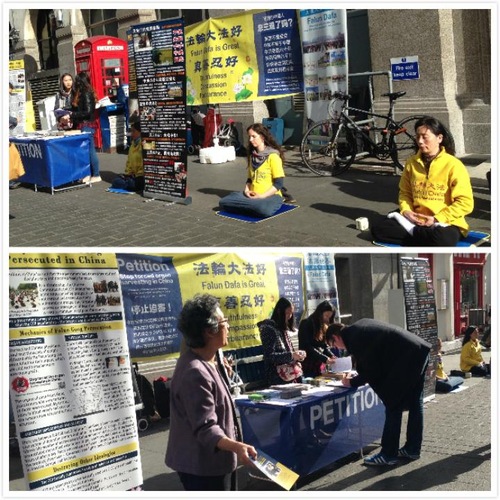 People stop to read the banners and sign the petition in Chinatown. 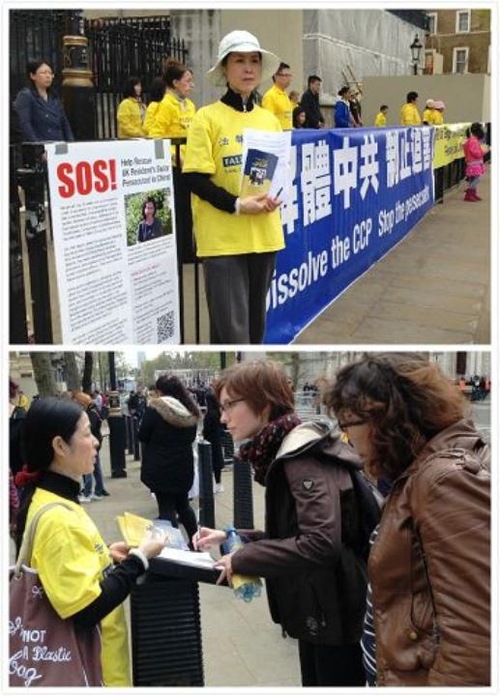 Falun Gong practitioner Chen Lei calls for help to rescue her sister Ling Honghua, who was arrested in China this March for practicing Falun Gong.

In the afternoon, six practitioners submitted an appeal letter to the Prime Minister about the persecution and the international community's concerns about China's killing of prisoners of conscience for their organs. Practitioners called upon the British government to take action to help stop the persecution. 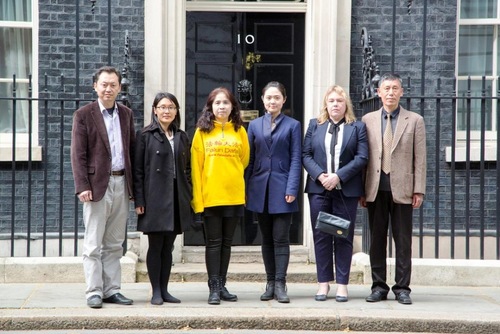 “Rally in New York City: “Between Good and Evil, There Is No Middle Ground””