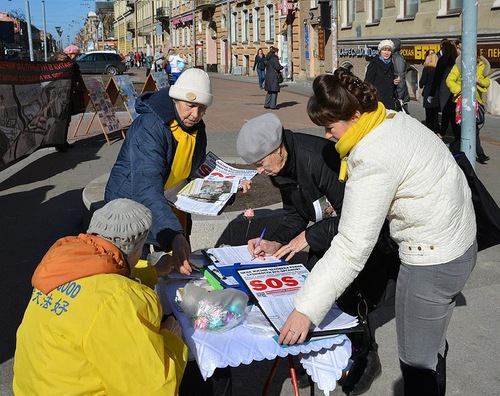 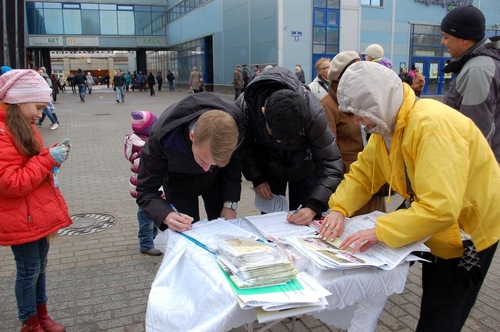 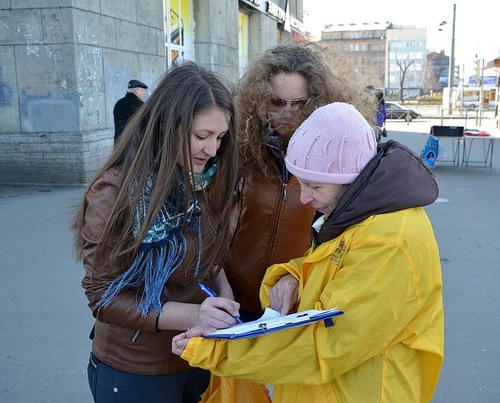 Passersby sign a petition at a train station to protest the persecution of Falun Gong in China.

Some passersby said they could not believe that such an atrocity can occur in the 21st century. Some wished to know more about Falun Gong after signing the petition.

A practitioner said he often met people who are familiar with the persecution, including a woman who had lived in China for two years.

Another woman left in a hurry after accepting a flyer, but returned half an hour later to sign the petition. She also agreed to pass on the information to her friends and relatives.