(Minghui.org) “I think most of the doctors are trained in the world with the aim of saving lives, not killing people. We got to do everything to stop that,” said Dr. Cuong Bui, a medical doctor and a Vietnamese community leader in Queensland.

Dr. Cuong is referring to the state-sanctioned killing of Falun Gong practitioners in China for their organs. The victims are practitioners imprisoned for their belief, which has been the target of violent suppression by the Chinese communist regime since 1999. 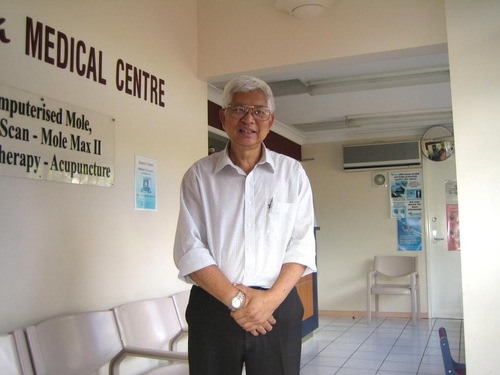 Dr. Cuong Bui, a medical doctor who has served Brisbane for 40 years.

The documentary “Human Harvest: China's Organ Trafficking” was broadcast on the SBS TV network in early April. Dr. Bui watched the TV program in his own clinic.

“After watching the SBS show, I understand that there are quite a lot of doctors in China who are forced to kill the prisoners to get the organs, to sell to all the recipients. That's quite sad. We got to do everything to stop that.”

Dr. Bui said he had two patients who traveled to China for kidney transplants. The Chinese hospital told them to arrive on a certain date. The operations were completed in a week, and they returned to Australia a week later.

He pointed out that the patients could have unintentionally participated in the live organ harvesting crime. He says that if the society doesn't stop this atrocity, every taxpayer can become an accomplice in the evil crime, because the patients still need continuous medication after the transplantation, which is paid for by taxpayers.

Prince Charles Hospital and Princess Alexandra Hospital of Queensland forbids training any Chinese doctors in organ transplantation. This policy was enacted in 2006, when the organ harvesting atrocity first became known to the world.

However, nine years have passed, and the world still lacks an effective way to stop the Chinese regime's killing machine.

Dr. Bui thanked the SBS TV station for raising awareness of the crime in China and urged the Australian government and the Queensland government to help stop the persecution in China. He hopes that promoting and improving the organ donation system in Australia can reduce demand in the black market of organ trafficking.