(Minghui.org) A “Organ Harvesting in China” workshop was held in the European Parliament in Brussels on April 21, 2015, casting a spotlight onto the atrocities taking place in China.

The workshop was organized by the Policy Department A-Economy & Science for the Committee on the Environment, Public Health and Food Safety (ENVI). It was the EU's second official meeting regarding the topic since the resolution urging China to stop harvesting organs from dissidents, as well as religious and minority ethnic groups.

The “Organ Harvesting in China” workshop was held in the European Parliament in Brussels on April 21, 2015. 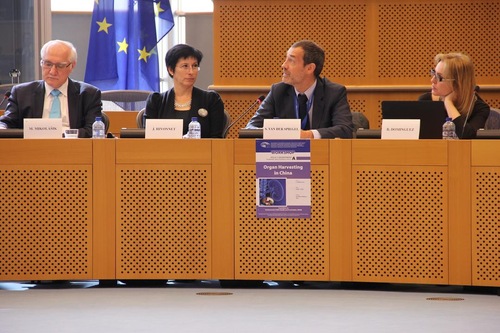 The 3-hour workshop discussed two issues: the state of the international human organ transplants (trafficking), and a rise in organ trafficking.

Ms. Jöelle Hivonnet, an official of the European External Action Service (EEAS), compared laws from China, European countries and international law in her speech, “The state of the international organ trade.”

Dr. Francis L. Delmonico, Professor of Surgery at Harvard Medical School, analyzed the current policy of organ donation and transplantation in China. He emphasized that (the world) must condemn the forced organ harvesting as a first step to ending the crime.

Dr. Marie Charlotte Bouesseau, Adviser for Service Delivery and Safety from the World Health Organization (WHO), talked about the ethical donation and use of a global human organ framework.

Mr. Huige Li, Professor of Vascular Pharmacology at the Johannes Gutenberg University, discussed the origins and rise of organ harvesting in China in his speech “Organ Procurement from Death-Row Prisoners and Prisoners of Conscience in China”. 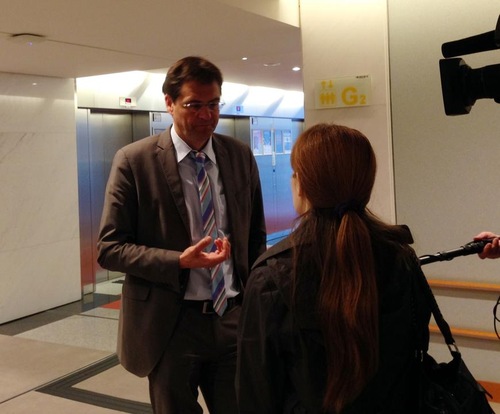 Member of European Parliament Mr. Peter Liese is interviewed after the workshop held in Brussels.

After the workshop, Member of European Parliament Mr. Peter Liese said, “We have unfortunately a lot of evidence saying that forced organ harvesting is happening. That is why we need to look at it more carefully and make it visible and make it public, and then put pressure on the Chinese authorities to really stop it, not only on paper, but also in practice.

“We need to involve the European Union as a whole. The Parliament has made its statement. It is good that the commission and legal action service have been here. We also need to involve the council. I have addressed it with the health commissioner and I am waiting for an answer. I hope that he will come back soon after the workshop. And I will also contact my colleagues in the foreign affairs committee, so that they can also raise it, get involved in it and mention it.

“We need to look at it at an European level and at a national level. Europeans that go to China or elsewhere to get an organ that came from somebody who was forced to donate, they should also be made aware that this is a crime and that they should not get involved in the crime.”

“The purpose of the meeting was first of all to make it more clear to everybody in the European Union, in the public that we have a problem. And to look at what kind of solution we have for the problem.

“It should be banned and we should do everything to ensure that it doesn't happen. And that those that do it get the most possible pressure.” 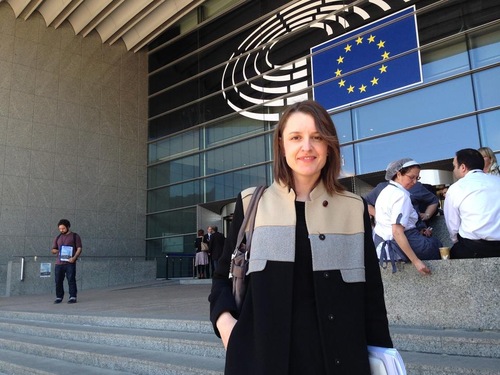 Dr. Marta Lopez Fraga, Secretary to the European Committee on Organ Transplantation (CD-P-TO), said that there was a lot of concern in the international community about illicit transplantation practices in China.

She said, “I think in this workshop, it was made evident that public opinion outside of China is concerned. And there is unanimity in the belief that these practices should not be carried on. The Chinese government has said that they would stop this practice this year. But they will now need to show that they are really stopping these practices and they would need to show transparency.

Initiatives like today are evaluating the situation in China with the view of expanding commercial links between China and the EU. So they are inquiring about certain aspects. So I think in different areas, little by little, pressure can be applied so that the situation is clarified. And so that the transplantation system in China becomes clear, transparent and fair.”

Mr. David Kilgour said, “We looked at evidence. We concluded that there was absolutely no doubt that this was happening.

“When we had people phoning hospitals, detention centers in China, they had Falun Gong practitioners available like some horrible restaurant, saying we have lobster here, you can come pick it out.

“(Former Chinese Minister of Health) Huang Jiefu has never admitted to organs from Falun Gong practitioners, who are in most cases convicted of nothing, with no hearing and no appeal. They are just sent to the work camps on a signature by the police for 3 years. This is a system originated from Stalin, Russia and Hitler.” 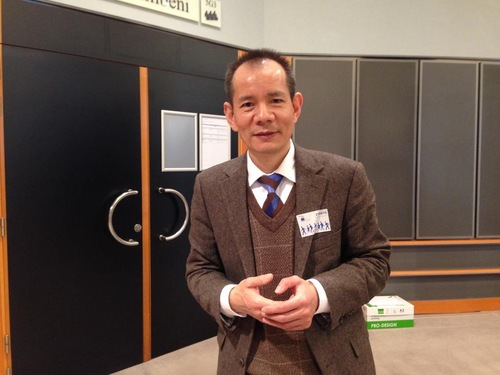 “This means a few thousand lives were lost in the so-called research. Jinzhou has a population of about 3 million. Based on average death penalty rates in China, a city of this size might have about 50 death-row prisoners. So the majority of the organ source are not death-row prisoners. I believe they are mostly prisoners of conscience or Falun Gong practitioners. The doctors involved in Wang Lijun's research project indirectly admitted that they had used organs from Falun Gong practitioners. If the United Nations investigates this case, it will disclose many details.”

“Authorities Visit Falun Gong Practitioner's Home, Attempting to Get Her Family to Dismiss Her Lawyer”