(Minghui.org) A rally in front of Sydney's Town Hall on Thursday, April 16, 2015, was among the latest public outcries opposing China's forced organ harvesting atrocities, after the national public television network, SBS One, broadcast a documentary on the issue on April 7, 2015.

The documentary detailed the Chinese regime's systematic killing of prisoners of conscience for their organs. Falun Gong practitioners have been the main target of this crime ever since the nationwide persecution of the practice began in 1999.

Medical, legal, and media professionals expressed deep concern at the rally, and pledged their support for ending the atrocity. Over 2,000 signed a petition calling for an end to the practice. The petition will be delivered to the United Nations. 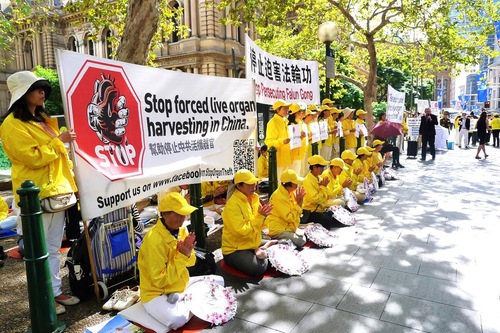 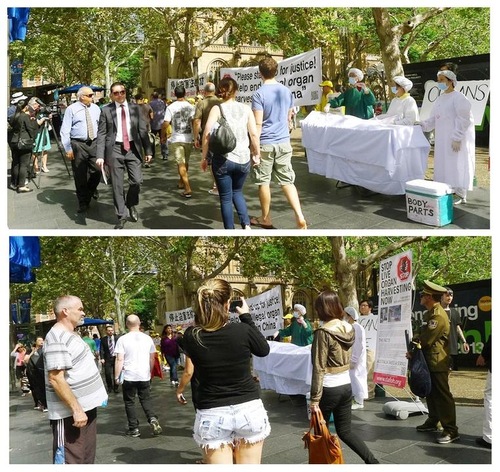 Rally at Sydney's Town Hall calling for an end to China's state-sanctioned harvesting of organs from Falun Gong practitioners and other prisoners of conscience. 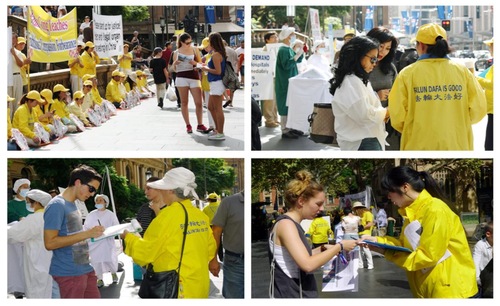 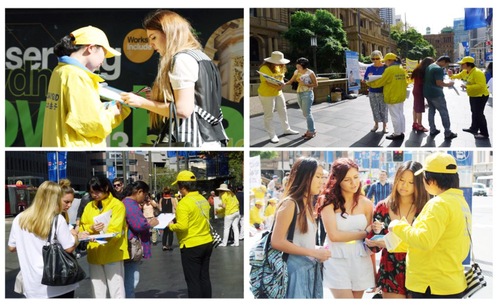 At the rally on April 16, over 2,000 signed a petition calling for an end to the Chinese regime's killing of Falun Gong practitioners for their organs.

Dr. Lucy Zhao, president of the Falun Dafa (Falun Gong) Association in Australia, welcomed the broadcast of the documentary “Human Harvest: China's Organ Trafficking,” and thanked the Australian public for their continued attention and concern.

“Falun Gong practitioners live by Truthfulness-Compassion-Forbearance, and strive to be good people,” Dr. Zhao said. “The Chinese regime arrests, detains, and tortures them, trying to force them to abandon their belief. It even harvests their organs for profit. This has been going on in China for over a decade.” 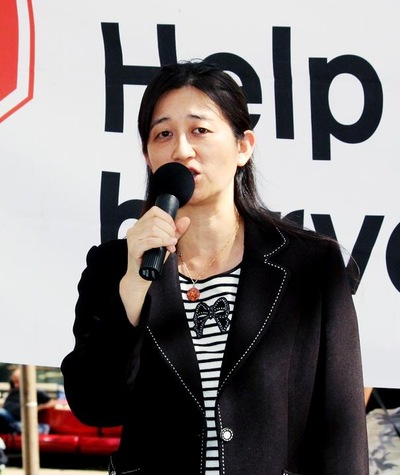 Ms. Sonya Bryskine, a representative from Doctors Against Forced Organ Harvesting (DAFOH) in Australia, confirmed that their research identified Falun Gong practitioners as the primary targets of the Chinese regime's organ harvesting atrocity.

“The recently announced reform by the Chinese government, we believe that it's sugarcoating the issue. The announced reform merely integrates the use of prisoners' organs into a database. And that means that it would be impossible to trace where the organs are coming from,” Ms. Bryskine warned, adding that DAFOH is committed to following new developments closely and publicizing the results. 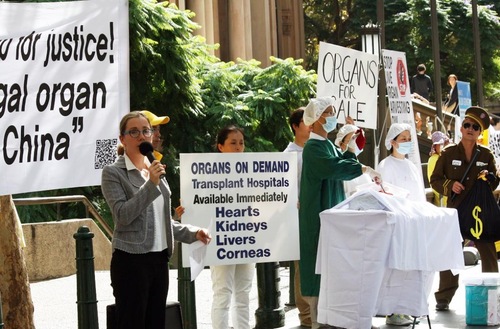 Stephen Sim, a seasoned radio presenter with FM 99.3, called for everyone to pass on the information via social media and personal channels to help end the organ harvesting crimes in China. He said that he would do the same, making sure to raise the issue with every Chinese he comes across. 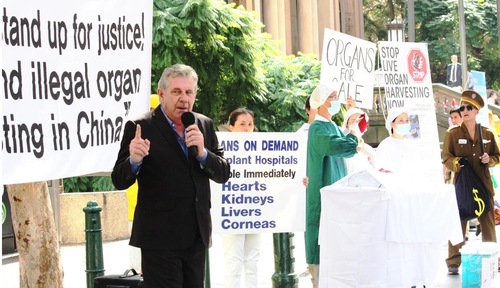 Nathan Kennedy, president of Australian Lawyers for Human Rights (ALHR), pledged his organization's support to end this crime against humanity. He wrote in a letter, “ALHR is proud to support the event today. A doctor's first duty is to do no harm and a state has a duty to protect the human rights of its people. In the case of organ harvesting in China there has been a spectacular dereliction of those duties.”

Mr. Kennedy continued, “In international law it is peer pressure from other states that ensures compliance. China is a powerful nation. ALHR congratulates DAFOH for bringing this practice to the public's knowledge and continuing to build that pressure for change.”

China Human Rights activist Bob Vinnicombe urged the Australian government and media to step up their support and stop making excuses for not taking action on such an important issue. 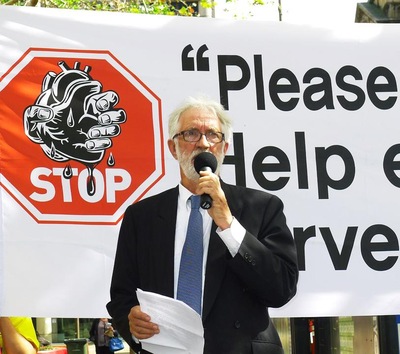 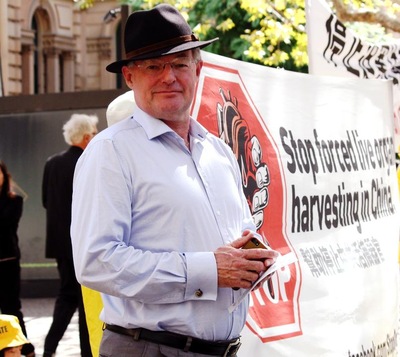 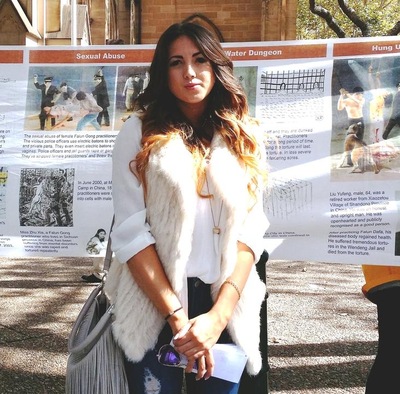 Linnea Pietila, a Dutch student currently studying in Sydney, offers to pass out flyers with organ harvesting information to add her support to help end the atrocity. 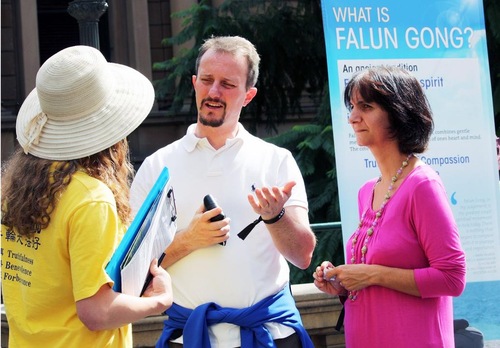 Francis and Margaret Mauro, a couple with the Christian City Church, said they planned to call for a global prayer to end organ harvesting. “When we stand up for what is right. We can overcome all evil,” they added. 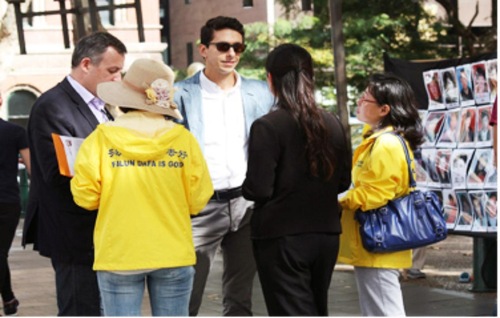 A passerby, David, spoke for over thirty minutes with Dr. Lucy Zhao and others, and said that he would pass on the information via Twitter.

Following the documentary airing on April 7, many Australian media agencies published follow-up stories the next day. Australians have expressed their concern and support at public events in Melbourne, Brisbane, Perth, and Sydney over the past two weeks.