(Minghui.org) Today's news from China includes incidents of persecution that took place in 5 cities or counties in 3 provinces. According to this report, 7 Falun Gong practitioners were subjected to mistreatment during their detention, and at least 2 practitioners were illegally arrested. 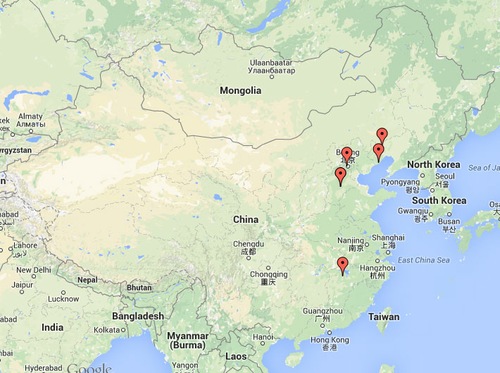 Ms. Pei Zhihua, who was sentenced to an eight-year prison term in 2008, is being held at the notorious Liaoning Province Women's Prison. Due to abuses she suffered in prison, she developed high blood pressure, heart disease, and fluctuating blood sugar.

Without informing Ms. Pei, prison officials contacted her husband at the end of 2014 and told him to sign a paper stating there was no need to treat her illnesses and that she would take full responsibility. Her husband signed it without knowing that she was not informed.

Ms. Li Yuxiang was arrested and taken to the Hengshui Detention Center by officers from Hengshui City and Shenzhou City on December 17, 2014.

Mr. Zhang Liqun, sentenced to 15 years, has been imprisoned for approximately 12 years. He is still being held at the Shijiazhuang No. 4 Prison in Hebei Province.

The female practitioners held hunger strikes from February 24 to February 28 to protest their mistreatment. One elderly practitioner developed tachycardia on February 27 and was given intravenous injections.