(Minghui.org) “The persecution is horrible, absolutely shameful!” said a woman who encountered information on the persecution of Falun Gong at a recent outdoor event in Bucharest, Romania. The woman had worked as rapporteur of the European Convention on Human Rights for 27 years.

“The persecution is inhuman,” she said. She planned to do her part to help. “Although I am retired, I can still submit reports to Strasbourg (the headquarters of the European Convention on Human Rights),” she added.

The event was held by Falun Gong practitioners from Sf. Gheorghe and Bucharest. They set up a display and distributed flyers to raise awareness of the 15-year-long persecution in China. They also collected signatures on a petition initiated by Doctors Against Forced Organ Harvesting, which appeals to the United Nations to help stop the state-sanctioned forced organ harvesting from Falun Gong practitioners imprisoned in China.

Many people stopped and signed the petition to support Falun Gong. 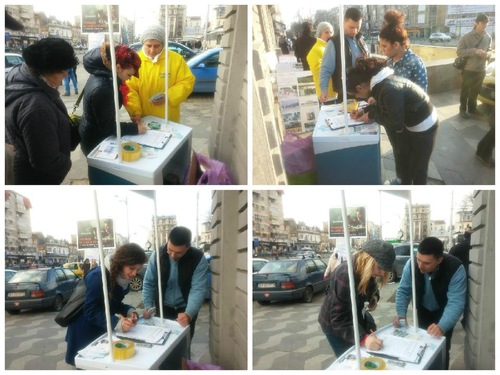 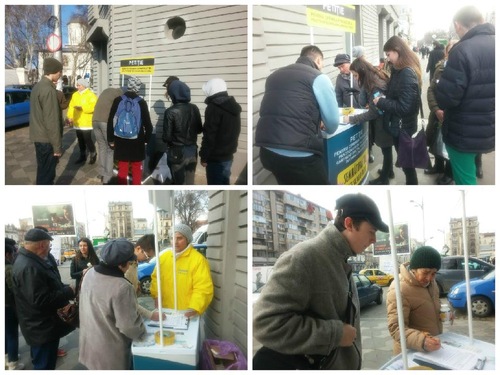 Signing the petition to condemn the persecution of Falun Gong 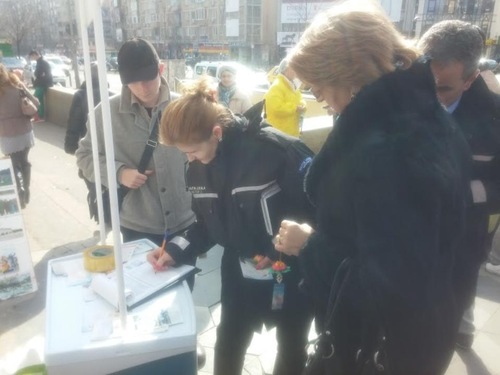 A police officer signs the petition to support Falun Gong. 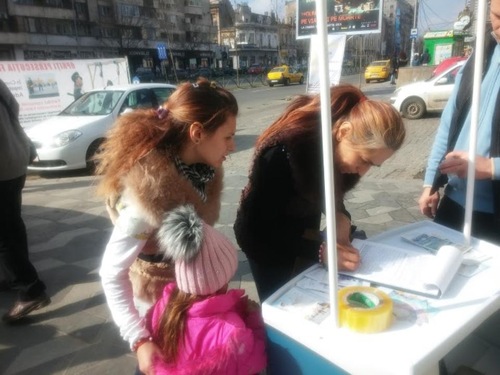 A mother and her two daughters sign the petition.

A young man from Turkey condemned the Chinese Communist Party for its brutality. He said he was glad to see Romanians start paying attention to the human rights violations in China. He thanked practitioners for bringing the issue to the public.

Several people told practitioners that they had seen videos about the organ harvesting atrocities and the persecution of Falun Gong in China. They seemed pleased to get a chance to do something to help.

After signing the petition, two patrol police officers wished practitioners good luck and encouraged them to keep up the good work.