The Book That Fire Would Not Burn

(Minghui.org) Everything burned except for the hand-written copy of Zhuan Falun. 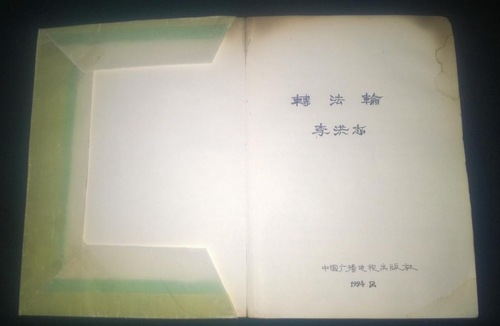 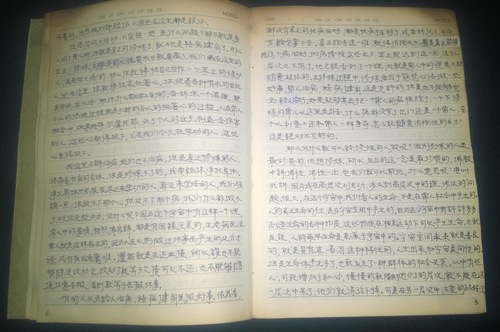 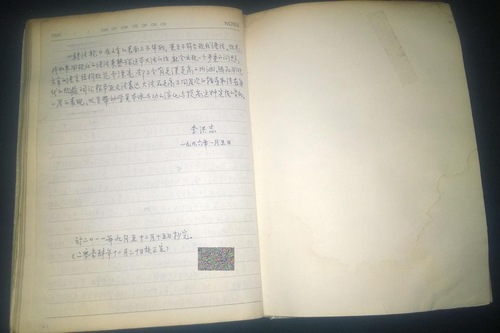 No one was home that night, and we do not know how the fire started. Afterward, during the clean up, we found that almost everything was destroyed in the fire.

Everything, that is, except for a hand-written copy of Zhuan Falun, which sat next to the now-destroyed computer. One side of the book was discolored from the smoke, but otherwise, it was unmarred

A Falun Dafa practitioner and her daughter lived in the house. The practitioner had cultivated Falun Dafa for many years. She copied Zhuan Falun from September to December 2011, and then spent 3 years proofreading it.

This practitioner's daughter took part in a religious practice for many years. She had a jade statue of Buddha Maitreya on the table, and an article by Lao Zi hung on the wall. However, the fire burned the table and everything on it as well as everything hanging on the wall. All appliances in the house were destroyed, too.

The copy of Zhuan Falun is the only thing that survived the fire. Seeing this, what appeared to her to be a miracle, the practitioner's daughter became a believer in Dafa and soon started practicing.

“Master Can Protect Us If We Conform to the Fa's Standards”