(Minghui.org) More than 370,000 Taiwan citizens have filed criminal reports with the Supreme Court of China against Jiang Zemin, the former Chinese dictator who ordered the persecution of Falun Gong, as of the end of October 2015.

Three elected officials of Miaoli County recently shared their views with 15,000 county residents who have filed criminal reports against Jiang. 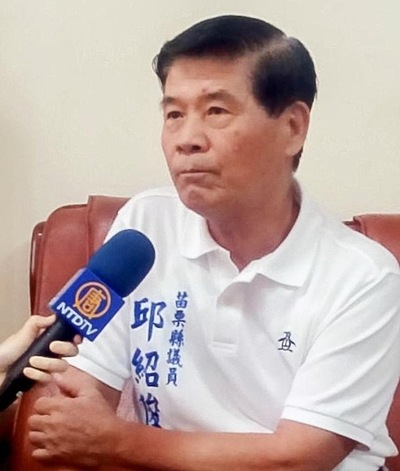 In a recent TV interview, council member Mr. Chiu Shao-jun commented on the persecution in China, and urged the public in Taiwan to speak up for Falun Gong.

Mr. Chiu said, “Living in a democratic Taiwan, we must sincerely support those Chinese people who had the courage to step up and expose the brutality of the persecution.”

He condemned the state-sanctioned forced organ harvesting practice in China, calling it “inhuman,” and said it “should not exist” and “must be condemned.” 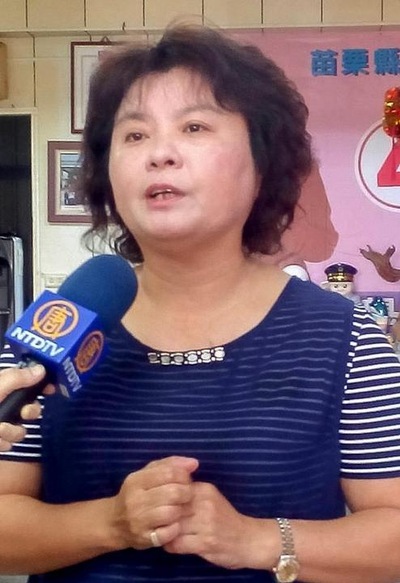 “Everyone with a basic conscience should step up and condemn the Chinese Communist Party's atrocity,” said Ms. Chow Yu-man, Miaoli County Council member.

She commented that the persecution of Falun Gong has become a global topic, and the central government of Taiwan should make more efforts to uphold justice.

She express her belief that when more people stand up for justice, justice will prevail, and evil will be defeated. 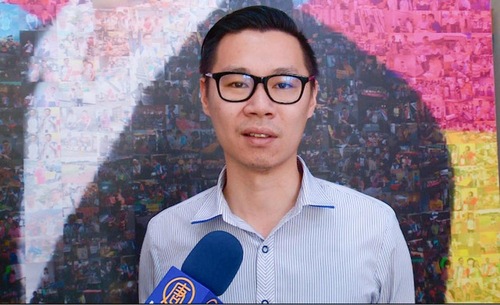 Stating that freedom of religion is one of the worldwide common values, council member Chen Guang-hsiuan remarked that the people of Taiwan should safeguard the common values.

Chen expressed his respect for the Chinese people who filed criminal complaints against Jiang Zemin, and lawyers who defended the human rights of Chinese people. He encouraged them to hang on and continue their endeavors by saying, “A lot of people around the world are behind you.”

He appealed to the central government of Taiwan not to be mute and deaf to the violations of basic human rights in China because of business trade with that country. He said that the Taiwan government should have the courage to criticize and request corrections to the wrongdoings.