(Minghui.org) Forty-four-year-old Ms. Lin Xue is a warm-hearted and outgoing woman. No one would guess that only five months ago she was suffering from breast cancer and serious depression. Remarkably, all of her symptoms disappeared soon after she took up the practice of Falun Gong.

“I finally know how it feels to be a perfectly healthy person, free of illness!” said Ms. Lin with a big smile. 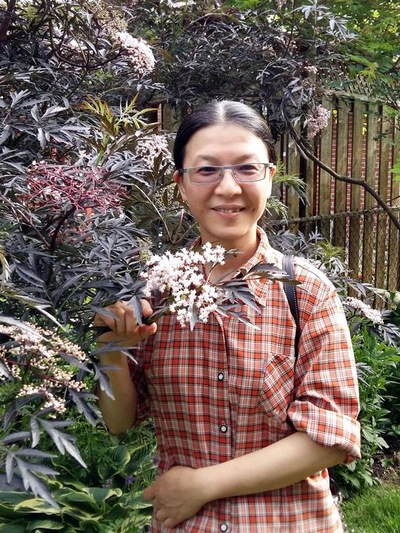 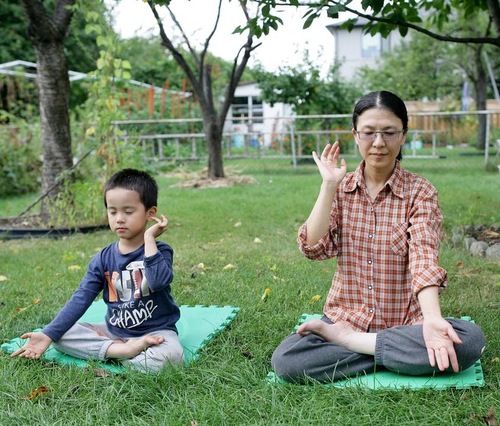 Ms. Lin Xue and her son meditate together.

Ms. Lin had suffered serious depression since she was 13. She couldn't sleep at night, and felt dizzy during the day. Her depression and insomnia became a vicious cycle. To make matters worse, she was diagnosed with breast cancer in 2011. Even after surgery removed the cancer, she lived in fear that the cancer would return.

Ms. Lin also suffered other gynecological problems, including menstrual disorder. She sometimes stayed awake all night long, unable to sleep. Even if she managed to fall asleep, she would wake up from a nightmare with her heart pounding heavily. There seemed to be nowhere for her to turn for relief, as neither western nor eastern treatments had helped.

A relative of Ms. Lin's called her one day in 2013 telling her that Falun Gong had great health benefits. At first her husband was wary, due to the persecution, but he eventually read the book, Zhuan Falun, and determined that there would be no harm in his wife learning the practice.

Recalling her first experiences with the practice, Ms. Lin said, “I started reading the book every day, and started practicing Falun Gong's exercises every day. I soon began to feel an energy flow. It was wonderful! I continued to do the exercises.”

Within a few months, her insomnia was completely gone. She said, “I never knew one could live such a healthy and worry-free life! I've never slept so well before.”

Having witnessed Ms. Lin's recovery, her husband started practicing too.

Ms. Lin told her friend in Vancouver, Alei, who had been struggling with health problems, about her miraculous recovery. Alei started practicing and quickly saw improvement as well.

Alei's husband joined her in the practice and his back pain, which no medical treatment had been able to cure, was soon gone. When Alei's parents visited from Fuzhou, China, they saw Alei and her husband's positive changes, and they, too, started practicing Falun Gong. Before they left Vancouver, they said they would continue the practice, as it made them feel healthier, and that the book Zhuan Falun was inspiring.