(Minghui.org) The recent wave of lawsuits against China's former dictator Jiang Zemin was strongly supported by residents in the Ashfield area of Sydney.

Falun Gong practitioners from Sydney held an event on September 26, 2015, to tell the public, especially the large Chinese population in Ashfield, that more than 180 thousand lawsuits against Jiang have been filed since May. Many local residents signed the petition, expressing their support. 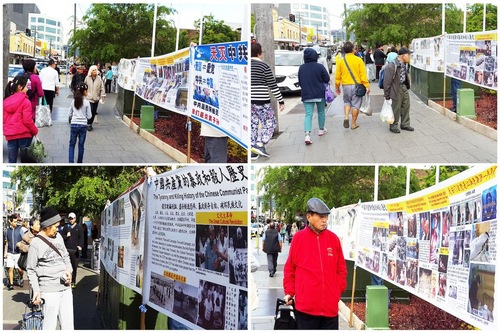 Falun Gong practitioners set up display boards and banners, to inform the public about the persecution and lawsuits. 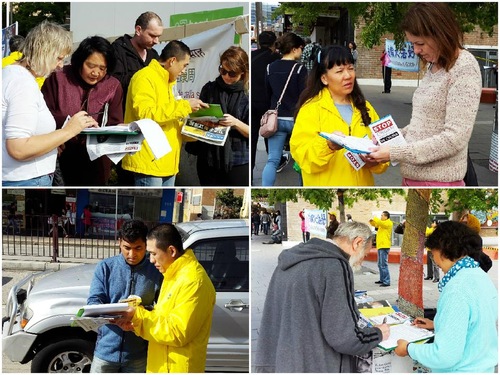 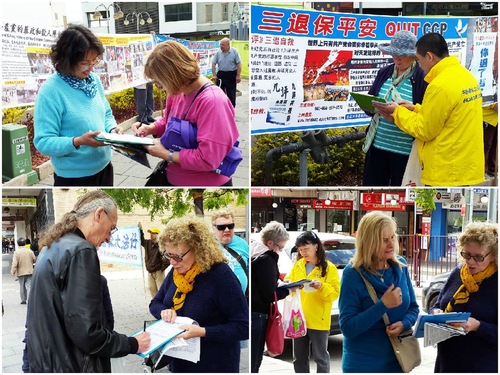 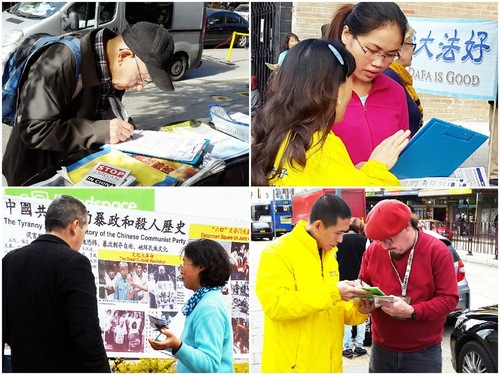 Local residents in Ashfield sign the petition supporting the lawsuits against Jiang Zemin.

Krzysztof Gawel encouraged practitioners to keep up the good work. He said that he has watched practitioner events in the area for many years. “We must let more people know about the persecution, especially the international human rights organizations.” Gawel said he would like to talk to his parliament member about the persecution, and ask for help to end it as soon as possible.

Violet, a local woman, thanked practitioners for bringing important information to the community. “Jiang should be brought to justice. I believe that many people will support you,” she said. Violet took some materials for her friends, and said she would also like to ask them to sign the petition.

Mr. Xu and Mr. Zhou, two local Chinese residents, said sincerely, “Falun Dafa is great” upon seeing practitioners' banners. Mr. Xu praised practitioners for their spirits. “The Communist Party is the worst. I often try to convince my friends to quit. I also introduce the the Epoch Times newspaper to them.”