(Minghui.org) Following a signature drive in front of Chinese Embassy on October 10, 2015, Falun Gong practitioners from across Sweden gathered in front of the Chinese Embassy in Stockholm again on October 24. They raised awareness and collected more signatures in support of the movement in which thousands are suing former Chinese dictator Jiang Zemin for initiating the persecution of Falun Gong.

Many more people had an opportunity to learn about the benefits of Falun Gong and the 16-year brutal persecution of this ancient spiritual discipline in China. 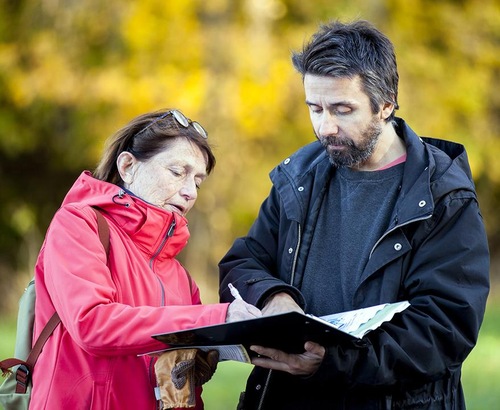 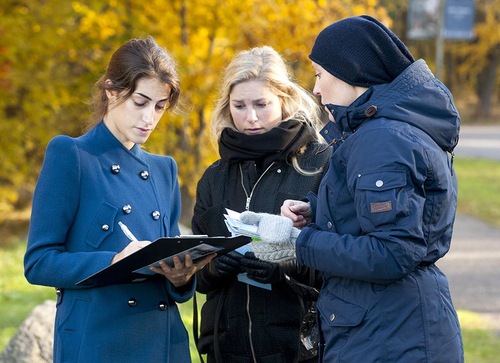 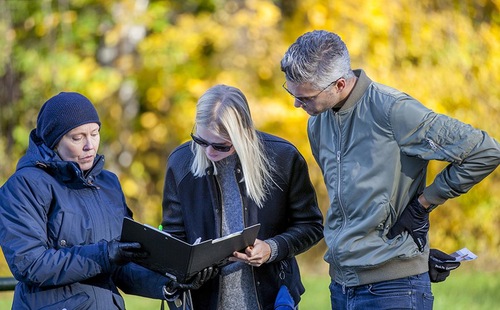 "It's inconceivable...too evil," said a middle-aged couple, after they hearda practitioner explain how the Chinese Communist Party defamed Falun Gong with fabricated stories, including the staged “self-immolation” on Tiananmen Square, and how the regime has gone so far as to harvest organs from living Falun Gong practitioners for profit.

Many signed the petition when they learned that Jiang launched and directed the persecution of Falun Gong and that more than 190,000 Chinese people have recently filed criminal complaints against him.

The couple and many others said they hoped Jiang Zemin would be brought to justice as soon as possible.