(Minghui.org) Falun Gong practitioner Ms. Wen Jie, 52, was tried by the Sanhe City Court in Hebei Province on September 9, 2015. She pleaded not guilty, and said that her trial in violation of Chinese law. 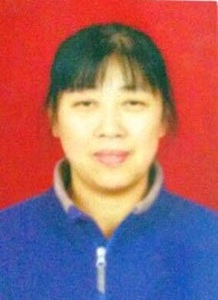 During the trial, the prosecutor from the Sanhe City Procuratorate accused Ms. Wen Jie of “using a cult to damage the execution of the law.” This is a trumped-up charge often used to justify the persecution of practitioners.

Ms. Wen responded that Falun Dafa is an upright practice in the Buddha school.

“Falun Gong books and articles teach us how to be good people and think of others first. I am living proof. I used to be selfish. After I started practicing Falun Gong, I gradually let go of selfishness, and now think of others first. I follow the principles of Truthfulness-Compassion-Forbearance. I was a teacher, and my colleagues and students acknowledged the changes they saw in me.”

She further stated, “Before the Chinese Communist Party started to persecute Falun Gong, the government published a report about the practice, and I was interviewed for the report. The government concluded that Falun Gong greatly benefited Chinese society, and caused no harm. I ask the prosecutor: Why do you tie my cultivation of Falun Gong to criminal activities? Can you provide any legal evidence? Today’s trial is a violation of existing Chinese law.”

The attorney said that Ms. Wen had been illegally detained at the Langfang City Brainwashing Center and confessed to crimes against her will. The confession was illegal and should not be allowed as evidence during the trial.

The judge interrupted Ms. Wen and her attorney many times during the trial, which violated her rights.

Ms. Wen's attorney said, “Ms. Wen was previously illegally sentenced to a nine-year prison term for exercising her constitutional right to freedom of belief. Her belief in Falun Gong and living by the principles Truthfulness-Compassion-Forbearance is safeguarded by the constitution.”

Ms. Wen described a famous incident in Europe. After a guard at the Berlin Wall killed a young man who tried to climb the wall, the guard was eventually found guilty of murder. She used this story to illustrate that conscience is always the highest code of conduct.

“After Being Tortured, 76-Year-Old Practitioner Can No Longer Take Care of Herself”