Practitioner Loses Sight in Left Eye Due to Beatings in Prison

(Minghui.org) Mr. Zuo Fusheng was sentenced to six years in prison and taken to the Fuqing Prison on August 15, 2012. He was tortured and lost the sight in his left eye due to severe beatings.

Mr. Zuo was handcuffed and hung up by the handcuffs for six hours.

When Mr. Zuo was later taken to the prison hospital, the doctor confirmed that he had lost sight in his left eye. 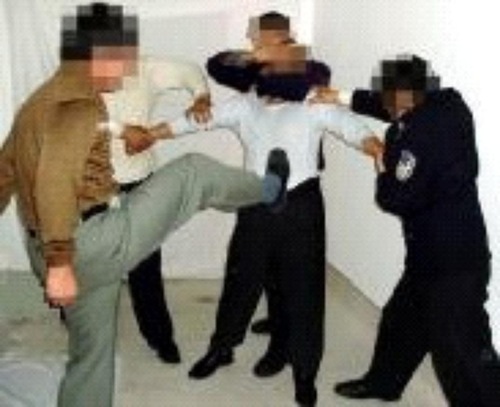 Mr. Zuo and three other practitioners are detained in the “Steadfast Belief Transformation Team,” which was specially established for torturing Falun Dafa practitioners. Staff in the division are hired for this particular job, and they take orders from Feng Ningsheng, deputy head of the Education Division of the Fujian Province Prison Management Bureau.

The team is trained to “transform” practitioners who have upheld their belief and resisted persecution.

Mr. Zuo was a cadre for the Fuzhou City Railway Bureau. He was arrested on his way to work on January 19, 2011.

Parties involved in the persecution of Mr. Zuo:

“Cherishing One Another on the Final Leg of Our Journey”