(Minghui.org) Mr. Qu Bin's wife is calling for help for her imprisoned husband.

Mr. Qu Bin, a Falun Gong practitioner from Dalian City, Liaoning Province, is holding a hunger strike in Dalian Detention Center to protest the illegal six-year sentence given to him one week after his arrest.

The detention center denied his wife's request to visit, and a Dalian Intermediate Court refused to accept her appeal of the sentence. 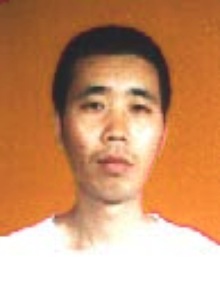 Ms. Zhou quickly prepared the paperwork to appeal, and on August 1 sent it via express mail to the intermediate court. To her surprise, her package was returned and she was told that the court staff refused to accept her mail.

When she went to the courthouse, judge Yao told her, “It doesn't matter. It won't make any difference even if you mail us 20 or 30 copies.”

She then tried to make an appointment with the presiding judge, He Yunbo, who refused to meet with her. She phoned him several times, and when he finally picked up the phone, he told her, “You can't see him!” He refused to listen to her and hung up.

Because Ms. Zhou hasn't seen her husband since his arrest, she's very worried about him. Another practitioner, Mr. Zhang Guoli, who was arrested with Mr. Qu has been sent to the Intensive Care Unit (ICU) of Zhongxin Hospital after being force-fed a mixture of chili powder, pepper powder, and hallucinogens at the Dalian Detention Center.

“What Is True Patriotism?”