(Minghui.org) Internet censorship is widely applied in China because the Chinese Communist Party (CCP) is afraid of losing control and does not want the free flow of information, which it deems a threat. According to a Harvard study, at least 18,000 websites are blocked from within mainland China. The “Golden Shield Project,” a part of the Great Firewall of China, was initiated in 1998 and completed in 2006. By 2002, the preliminary costs reached $800 million.

The internet censorship is an extension of the CCP policy on censoring media to exert its control of power via propaganda. People who dare to challenge the censorship may face consequences, like losing job, detainment and incarceration.

To help the netizens in China gain access to information, Dynamic Internet Technology Inc. (DIT) in the United States released a tiny piece of software, FreeGate over ten years ago. Once installed, the program keeps users connected to the dynamic channels automatically and penetrates the firewall of China. With the program, internet users in China are able to visit DynaWeb to browse websites that are blocked. 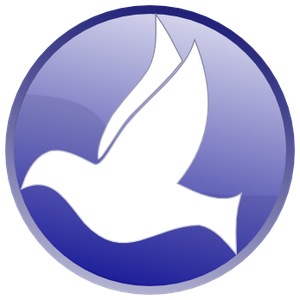 The websites blocked in China include those of Falun Gong (Minghui.org etc.), news of China, the Epochtimes, June 4 incident-related, books that are banned in China, and so on. FreeGate has been installed by many people in China to browse the internet for uncensored news and information.

The following is some feedback from users of FreeGate about the power of this program.

“Penetrating the information blockade for the first time, I am really glad to read uncensored news. I hope democracy can be realized in China as soon as possible.”

“I heard it was good before. I now just used it. It is truly opening my eyes!”

“Only you report the true situation in China and the nature of the Party. You let Chinese people learn about the persecution of Falun Gong. I hope you can report more genuine situations in China. I always support you. Keep going!”

“Greetings, administrator. I am a 26-year-old young man. I visit DynaWeb every day and read news that I cannot find in China. It's like a breath of fresh air.”

“I have downloaded the video version of the Nine Commentaries on the Communist Party. I think it is more convincing and shocking. If everyone, including the Party members, watched it, the Party would quickly disappear.”

“You need to hasten the spread and development of DynaWeb to have more Chinese people know the truth. The Party will collapse one day in the future.”

“I am a netizen in Hebei Province. I am really glad that you developed such a program to penetrate the information blockade and let us know the truth and thoughts that we cannot know in China. I hope you continue the effort. I hope democracy and freedom will materialize in China.”

“I admire you as you open a window for China under the iron screen. Thank you, DynaWeb, for letting us undergraduate students know the history that is distorted and tampered with in textbooks. I hope that your website can compose a book on the recent history of China to present the correct details of that history. Thanks!”

“I like your website, as it lets me hear a different voice, that of freedom and truthful information. I breathe the fresh air that cannot be found in China. I suddenly find that I live in a deceptive environment that has no human rights or freedom under the control of the Communist Party. The Party is a demon. Thank you for letting me know the nature of the Party.”

“I am working in an intermediate court. I have no interest in the Party. Once I browsed the internet via FreeGate by accident after I bought my computer. I saw a world of freedom, a true world. I was fortunate. I renounced the Communist Party on the Epochtimes website after I read the Nine Commentaries on Communist Party. I have downloaded many informational materials via DynaWeb and plan to let my family and friends read them.”

“When will the CCP collapse? Its cruel control chokes us. Now I only want to leave China. I love this country, but I yearn for freedom and democracy. As a policeman, I see and know countless negative sides. Because of not yielding to their pressure or colluding with them, I suffered suppression. FreeGate is great. I spread the software to others. Everyone using it is happy. I salute all who work on the software. You work hard!”

The users of FreeGate and DynaWeb left many comments. Readers can feel the delight of those visiting the site for the first time, awaking from the deceptive propaganda, and appreciating the technical power of the software. If you were in China, you would have the same feeling upon using the program.

Information blocking and penetrating are like the two sides in a military conflict. One side is the CCP's “Golden Shield Project.” The other is FreeGate and other software that break through the blockade. The two sides have been in combat for over ten years. The confrontation has changed from an initial stalemate to FreeGate prevailing. FreeGate will surely win the battle.

“Woman Severely Injured After Less Than a Month of Detention”