(Minghui.org) Falun Gong practitioners held events in many cities in Ukraine to help celebrate the country's Independence Day, August 24, by demonstrating the exercises, sharing the principles of Truthfulness-Compassion-Forbearance, and raising awareness of the persecution in China.

Still dealing with the turbulence of civil war, several people commented that the world "needs Truthfulness-Compassion-Forbearance." Some of the residents in Sloviansk invited practitioners to come to their community, saying, “Falun Gong activities are very helpful in providing comfort and healing.”

Once under communist rule, Ukrainians are well aware of the nature of communism. Many people signed their names to support Falun Gong practitioners' efforts to end the persecution. 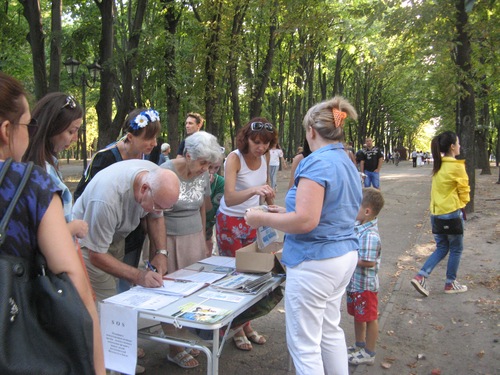 Citizens in Kharkov sign a petition calling for an end to forced organ harvesting of Falun Gong practitioners. 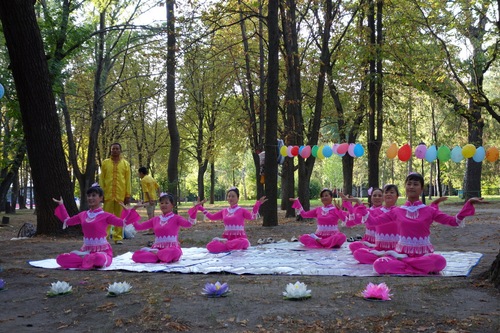 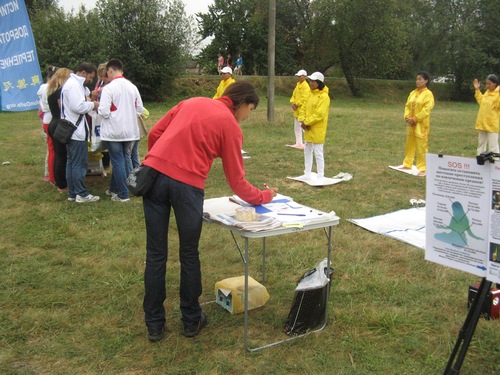 People sign the petition at a fair in Kharkov. 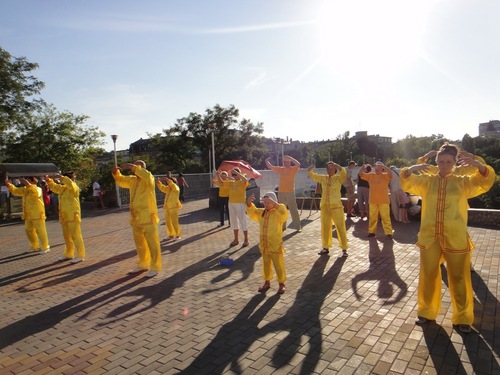 Practitioners demonstrate the exercises in Odessa. 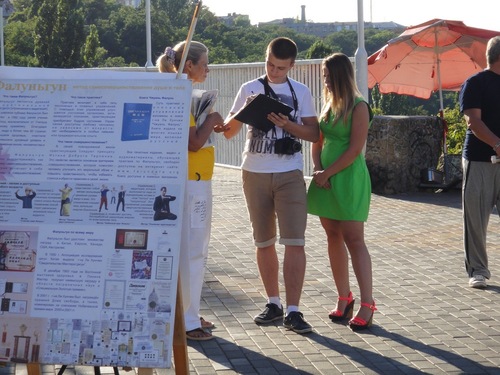 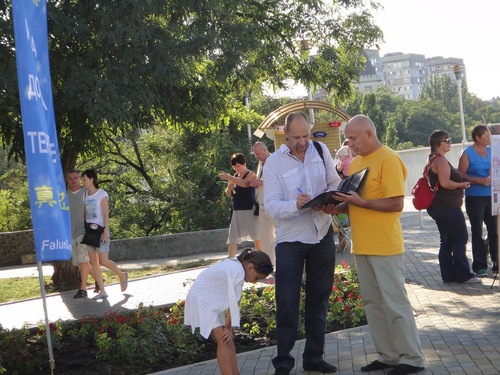 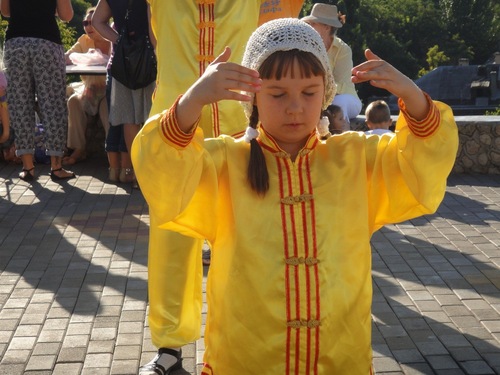 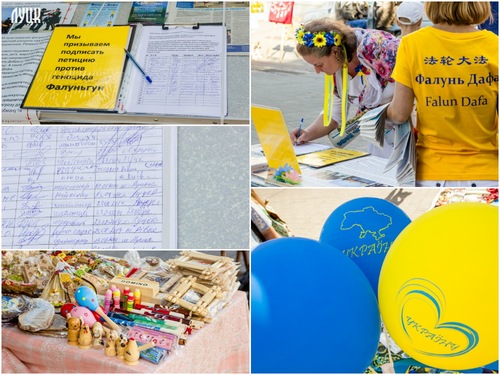 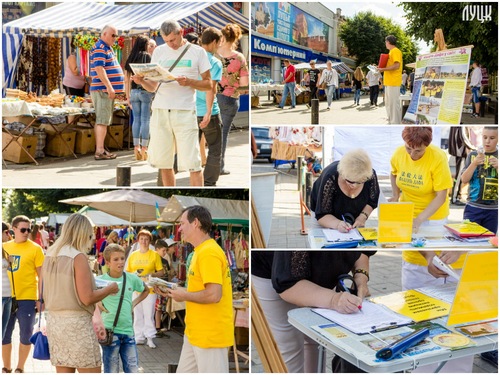 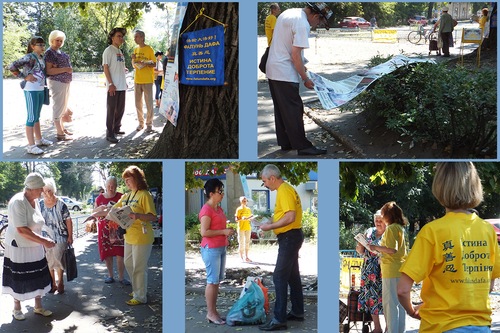 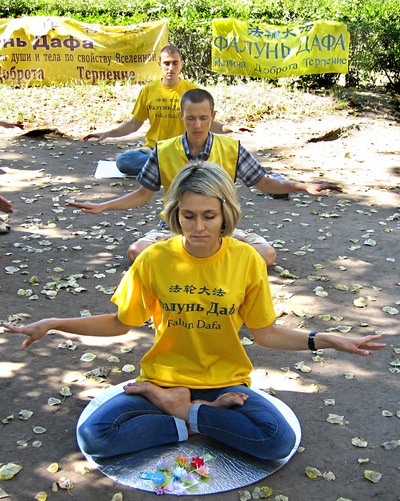 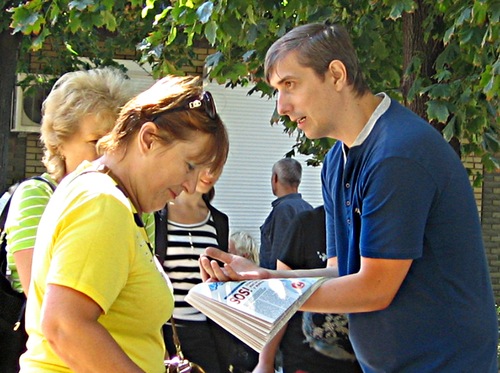 Residents of Sloviansk listen to a practitioner explain the persecution.

At the annual fair in Kharkov, the organizer gave practitioners a very good spot. The majority of the visitors were given Falun Gong materials with information about the practice and the persecution in China.

Some military professionals that passed by commented that the exercises were very calming. Several requested further information to learn the exercises on their own.

Due to the civil war, all Independence Day celebrations on August 23 and 24 were canceled in Kharkov, the former capital of Ukraine. The public could only go to Shevchenko Park to celebrate. They encountered practitioners' activities there and enjoyed watching dances and waist drum performances.

Many signed the petition to call for an end to forced organ harvesting of Falun Gong practitioners.

Many refugees from the civil war in southeastern Ukraine have flooded Kharkov. Experiencing the peaceful energy around the practitioners, they showed an interest in learning the exercises and were happy to be given handmade origami lotus flowers.

“Chinese Tourist Tells a Practitioner: “You Are the Hope of China!” ”