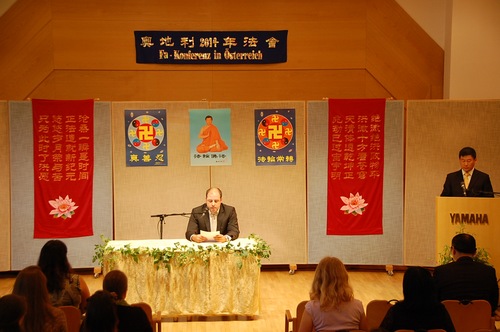 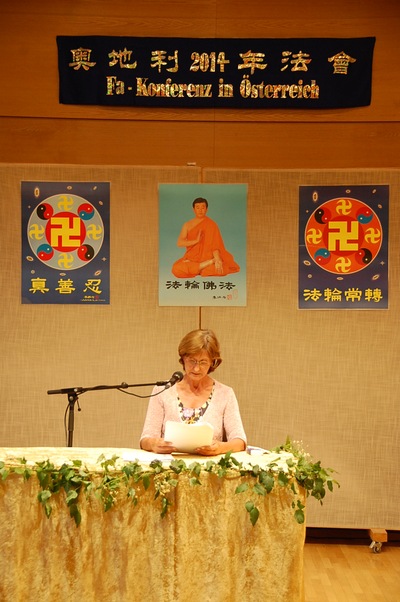 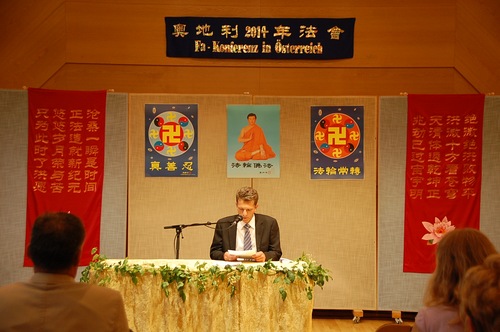 Martin, a Westerner, was too busy at work to study the Fa for a while. He knew that this was not good, so he decided to adjust his schedule so that he could read the Fa every morning with fellow practitioners. The morning Fa-study gives him energy and optimism, especially when promoting Shen Yun.

When Martin was in charge of promoting Shen Yun at a shopping mall, he always sent forth righteous thoughts on the way there. Many people with predestined relationships came to buy tickets.

A 12-year-old girl left a deep impression on him. When she passed the ticket sales booth, he gave her a Shen Yun flyer. She was too shy to talk to him, but Martin patiently explained about Shen Yun to her. She said she needed to go find her parents in the mall and left.

She came back with a 100-Euro bill and bought the most expensive ticket. She told Martin that she was a big fan of Chinese culture, and this would be her first time to see a show by herself.

A woman from New York had a scheduling conflict and couldn't attend Shen Yun, but she left her email address with Martin. He told her about the persecution of Falun Gong in the emails. The woman replied, “You are all diamonds. It is heartbreaking that people are being persecuted because of their belief.”

Mr. Pu shared his experiences of convincing Chinese tourists to quit the communist party. During this process, he realized that he didn't have enough compassion for the Chinese. He told himself that every Chinese tourist was a relative of Master Li's, and that he or she might have been deceived by the communist party. It was a precious opportunity for these people to learn the truth.

When he developed compassion from the bottom of his heart, Mr. Pu found that the attitude of the Chinese people also changed. Many of them were friendly to him, and some quit the party.

Nathalie, a college student, started to practice in the summer of 2012. She was actively involved in the promotion of Shen Yun in 2014. During that period, she had a great deal of school work, and developed severe joint pain. Her six-month-old baby was teething, and cried every night so that she could not sleep. What made it worse was that she and her husband all of sudden had a lot of conflicts.

Nathalie decided to prioritize the promotion of Shen Yun and walk the path arranged by Master. She looked inside and found some attachments. Meanwhile, she kept reading at least one lecture in Zhuan Falun after her baby fell asleep.

After the Shen Yun show, her life changed. She passed the term exams; the joint pain was disappeared; her baby was fine; and the relationship between her and her husband improved. Nathalie believed that Shen Yun changed her cultivation state.

Birgit shared her experience of passing the test of sickness karma. Due to slacking off in cultivation, the bronchitis that had been healed before came back. Several nights in a row, she could not breathe. One night, she looked at Master Li's portrait and heard his voice.

She heard Master say that he could help her only if she treated herself as a true cultivator. “Master said that he was worried about me, too, that the old forces would drag me down, and I would be in danger in the future,” Birgit said. “Then Master reminded me of the importance of sending forth righteous thoughts. I had sort of ignored doing it before. When Master taught me how to do it, I felt its amazing power.”

Through this miracle, Birgit realized the seriousness of cultivation and became diligent – just like she was when she first started cultivation.