(Minghui.org) Two Falun Gong practitioners from Heilongjiang Province were secretly tried on June 11, 2014, without legal representation. When a lawyer for one of the practitioners questioned the court officials after the trial, they denied that it ever took place, despite the fact that the practitioners were sentenced during the trial.

When Mr. Guan's lawyer went to the Aimin District Court to ask about the trial on July 1, 2014, various court officials, Criminal Court judge Wang Nan, and chief judge Zhang Ying all denied that the trial ever took place. They also denied their involvement in the case.

When the lawyer went to the Department of Case Registrations, the officials there denied the existence of any such case.

The lawyer then met with Mr. Guan in the detention center to confirm the details of the secret trial. They noted that the prosecutor was Wang Juan and that the trial lasted over an hour. During the trial, Mr. Guan defended himself, and both practitioners strongly protested the illegal sentencing.

Mr. Guan also confirmed that, in an attempt to provide evidence of their supposed crimes, the prosecutor said the practitioners purchased high-tech equipment to send out mass text messages. The lawyer pointed out that his clients had not used the texts in an illegal fashion, as sending out text messages reading “Falun Dafa is good” is simply an exercise of free speech.

Mr. Zhang Yutang, 59, is a carpenter from Mishan City, Heilongjiang Province. He learned how to be a better husband and father after practicing Falun Gong. But because of the persecution of the peaceful practice, he has faced arrest, detention, and unfounded sentencing many times since July 1999. 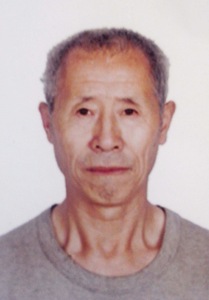 Mr. Zhang was arrested in Beijing on December 1, 1999, when he went to the central government compound to appeal for the right to practice Falun Gong. He managed to escape but was arrested when he went to Tiananmen Square the next day. He was brutally beaten and sent back to Mishan. He was later sentenced to two years of forced labor.

Mr. Zhang was arrested again on April 25, 2002, and detained in the Jixi City First Detention Center. He suffered brutal torture at the detention center, including electric shocks and having his fingers stabbed with needles. He was sent to Mudanjiang Prison at the end of November 2003 and brutally beaten for not renouncing Falun Gong.

When Mr. Zhang went to visit his nephew and his wife at the brainwashing center on August 12, 2011, the officials there detained him as well. They then assaulted him and fractured his ribs.

One of the officials, Chen Hailei, even claimed that Mr. Zhang broke his right hand and tried to sue him for compensation. However, when the trial was held a few months later, Chen was unable to answer the lawyer's questions and withdrew his lawsuit. Meanwhile, Mr. Zhang was still detained for five months in the Mishan Detention Center.

Mr. Guan Ri'an was sentenced to six years of forced labor in 2002.

“Toronto: “You Are the Hope for China””