Bangkok, Thailand: Candlelight Vigil to Commemorate Practitioners Who Have Died as a Result of the Persecution

(Minghui.org) A candlelight vigil took place in Bangkok's Lumphini Park on July 13. As the 15th anniversary of the persecution of Falun Gong approaches on July 20, practitioners in Thailand held the event to commemorate those who have died as a result of torture and persecution in China.

Dressed in white, practitioners sat on the ground with their legs crossed. They held up pictures of some of the practitioners who died in police custody since the campaign of brutality began in 1999. The confirmed death toll has reached over 3,700.

Behind them were several banners that read, “We Mourn the Practitioners Who Died in the Persecution” and “The CCP Has Persecuted Practitioners and Harvested Organs from Living Practitioners.” Printed in both Thai and Chinese, the banners called for help to stop the Chinese Communist Party (CCP) violence against practitioners. 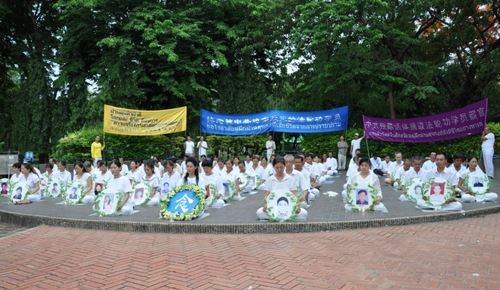 Practitioners in Thailand mourn practitioners who have died as a result of the persecution. 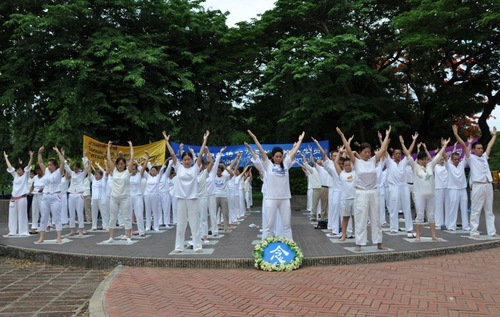 Group exercises in the park

Nearby was a poster display that introduced Falun Gong, and explained the persecution and why practitioners hold such events to raise awareness. Many passersby were shocked by the cruelty of the suppression. They stopped to read the posters and took pictures or videotaped the event. 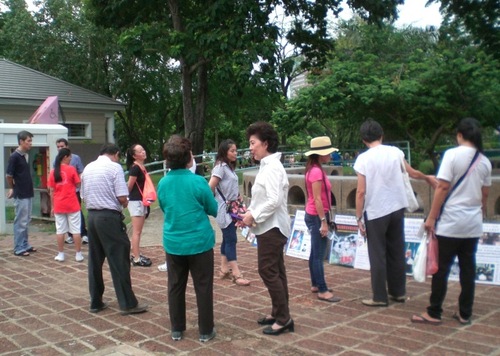 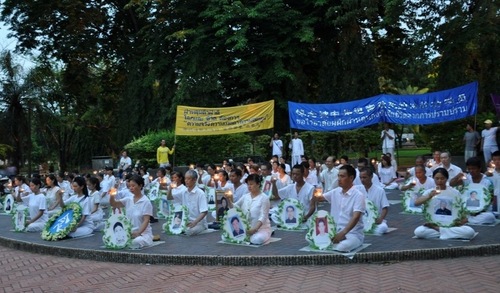 Candlelight vigil in the park

The event started at 4 p.m. As dusk approached, practitioners lit their candles and held them in front of their chests to express their condolences for those lives taken for their belief in Truthfulness-Compassion-Forbearance.

“First Half 2014: Same-Period Arrests in Shandong Increase Over 60%”