Vienna, Austria: Tourists from Around the World Support Practitioners' Effort to Stop the Persecution (Photos)

Practitioners informed tourists locally and from around the world about the practice of Falun Gong and about that fact that the Chinese Communist regime has persecuted those that practice it in China for the past 15 years.

They also invited people to sign a petition calling for an end to the regime's state-sanctioned forced organ harvesting from living Falun Gong practitioners, and many did. 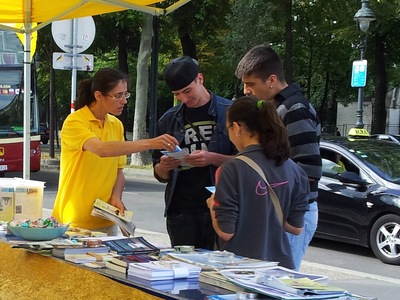 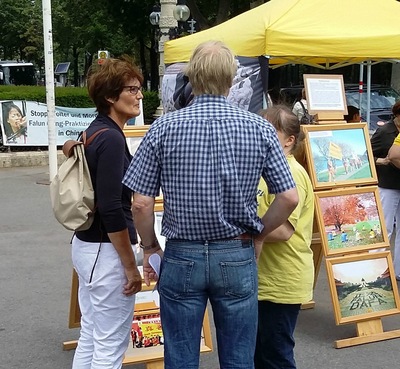 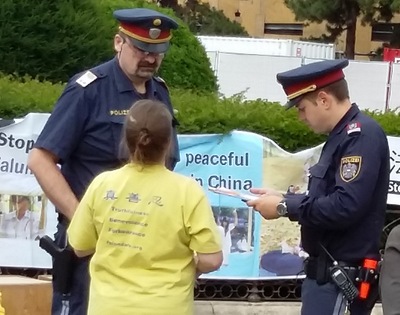 Police officers also learned about Falun Gong and the persecution.

Two Spanish tourists stopped by and said that they already knew about Falun Gong, because they have a friend who is a practitioner in Korea. They signed the petition against forced organ harvesting and praised the practitioners for having done a good job.

A Chinese couple from Changchun City, Jilin Province, China, told practitioners that they knew about the Chinese Communist Party's (CCP's) brutal persecution of Falun Gong and had already quit the Party's organizations. They hoped that the persecution will end soon.

A couple from Taiwan came over and collected informational materials for other people in their tour group. They mentioned, "Our entire tour group are guests from China, and they need to know the facts. They should be aware of how cruel the CCP is in persecuting Falun Gong practitioners."