Mr. Zhang Yunlong in Critical Condition after Being Imprisoned Without Trial

(Minghui.org) Mr. Zhang Yunlong, 57, has been emaciated since he was taken to the Hulan Prison in Harbin City in March 2014, without a trial. When his son requested his release on medical parole, a prison guard told him that Mr. Zhang would only qualify for medical parole if he was diagnosed with cancer.

A prison guard called Mr. Zhang’s family on April 30, 2014, and told them that Mr. Zhang needed to be taken to the Harbin Provincial Hospital for a medical examination. The guard then informed them that they would have to take 5,000 yuan to the prison to pay for the medical expenses. 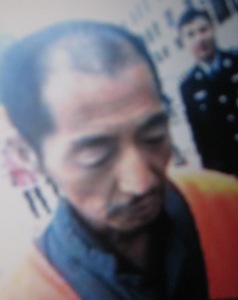 Mr. Zhang was handcuffed and escorted by six guards to the hospital. His blood pressure was low and he was very weak. Mr. Zhang has been on a hunger strike to protest his illegal detention.

Mr. Zhang from Yushu City in Jilin Province was arrested for distributing truth clarification materials in Shanhetun County on February 27, 2014. He was held for 15 days, before being sentenced to three years in prison without a trial.