(Minghui.org) Ms. Zhang Chenying and seven other Falun Dafa practitioners from Wanzhou District, Chongqing City were arrested on January 10, 2014, while visiting local practitioners who were illegally detained at the Guanyingyan Police Station.

The eight practitioners were beaten at the district Domestic Security Division and later taken to the Wanzhou District Brainwashing Center, located at the Bayi Hotel in the Zhoujiaba Military Reserve. According to reports, most of these practitioners have been released, but Ms. Zhang Chenying is still being held at the Zhoujiaba Detention Center. 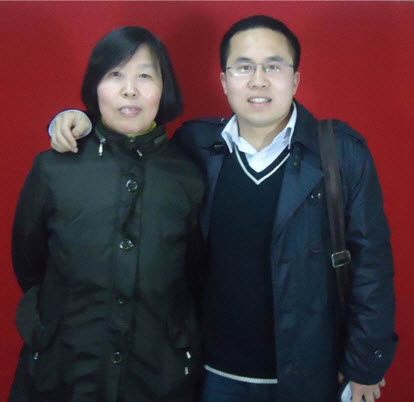 More than 10 officers and officials from the Wanzhou District Domestic Security Division and the Community Residential Committee ransacked Ms. Zhang's home on the night of January 12, 2014, two days after the arrest. They confiscated her truth-clarification banners, fliers, and Dafa books. The police videotaped the entire process, but stopped Ms. Zhang's husband from taking a picture of the scene. The police also demanded the phone number of their son, Mr. Xiang Youwei, who works out of town.

Ms. Zhang Chenying benefited tremendously when she began to practice Falun Dafa in 1998. All of her illnesses disappeared and her moral character improved. However, ever since the Chinese Communist Party (CCP) began to persecute Falun Dafa practitioners in July 1999, Ms. Zhang has been repeatedly arrested, detained, and sentenced to forced labor for upholding her belief and exposing the lies slandering Falun Dafa Her son Xiang Youwei was subjected to a four-year illegal prison sentence.

Mr. Xiang was forced to drop out of Chongqing Three Gorges University when Ms. Zhang was arrested again in July 2004. He left home to avoid being arrested. He was later captured and sentenced to four years in prison.

Ms. Zhang and another practitioner were reported to the police and arrested while clarifying the truth about Falun Dafa in Lushan Township in June 2006. She was sentenced to one and a half years of forced labor. She was later sent to the Maojiashan Women's Forced Labor Camp where she was brutally tortured.

In an attempt to force Ms. Zhang to “transform,” the guards deprived of her sleep and she was starved. She was often beaten by inmates assigned to monitor her and was subjected to various tortures including solitary confinement. She became severely emaciated at one point.

Ms. Zhang was sentenced to a second term of forced labor in 2009, right before the Chinese National Day (October 1). The police arrested her while she was visiting the family of an illegally detained local practitioner. This was part of a quota campaign set up by Bo Xilai in Chongqing to persecute local Falun Dafa practitioners. She was sentenced to one and a half years of forced labor. She was released in March 2010, six months after her son's four-year illegal imprisonment ended.

“The Story of a Schoolteacher”