The band led over 120 volunteer groups and 10,000 volunteers and entered the stadium to kick off the event. The games on December 6 were organized by the Kaohsiung city government and volunteer association. 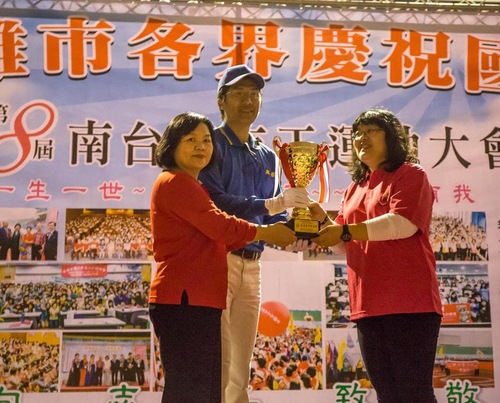 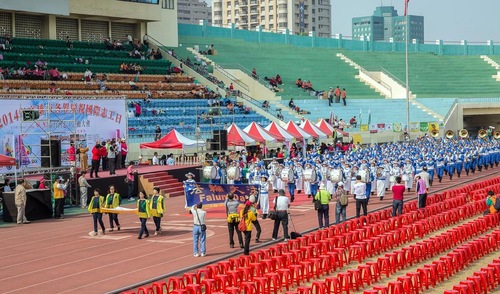 Divine Land Marching Band led over 10,000 volunteers and entered the stadium at the beginning of the event.

Kaohsiung deputy mayor Lee Yung-te said, “Kaohsiung has over 100,000 volunteers and is the capital of volunteers in Taiwan. They contribute their spirit and wisdom by giving their love and warmth to people in need. They are noble and admirable. We are a better society because of them.” 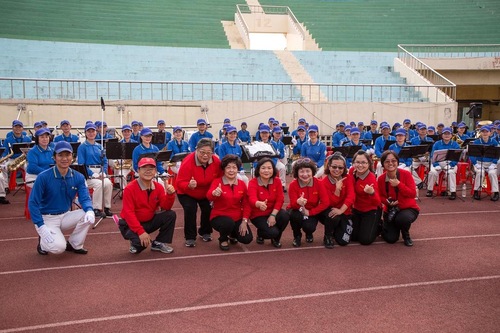 Hsu Hui-mei, director of the National Representative of International Association for Volunteer Effort in Taiwan, said, “Falun Gong Divine Land Marching Band sets an example for volunteers with their selfless giving and dedication.” Chuang Rwei-ju, director of Kaohsiung Volunteer Association, visited the Divine Land Marching Band members to say thanks and give them a thumbs-up. 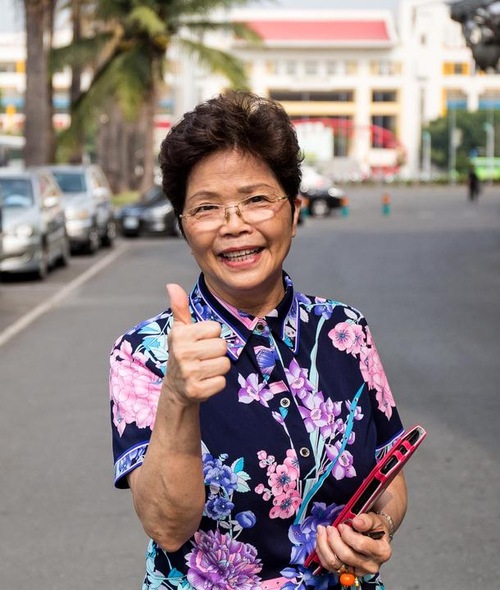 Ms. Hsu first encountered Falun Gong a few years ago at a tourist site in Hong Kong. She witnessed how practitioners treated everyone politely and kindly regardless of how they were treated by Chinese tourists. She admired such quality and read the content on the display boards.

She continued to read a few Falun Gong flyers on her flight back.Upon returning to Taiwan, she mentioned to a group of volunteers that she was impressed with the Falun Gong group. A team leader of one of the volunteer groups happened to be a Falun Gong practitioner.

“I have had such wonderful connection to Falun Gong practitioners. I will cherish it. We have been inviting the Divine Land Marching Band to join our events every year. The spirit of Falun Gong is inspiring,” Ms. Hsu said.