(Minghui.org) Ms. Liu Luxiang (刘路香), 49, from Anshan passed away on September 3, 2014, while serving a three-year prison sentence in Liaoning Women's Prison. She was sentenced for telling people about the persecution of Falun Gong.

Ms. Liu's family was notified of her death around midnight on September 3. They rushed to the prison the next day and were taken to the No. 739 Hospital, which is affiliated with the prison.

Ms. Liu was skin and bones, with one eye slightly open. All of her exposed skin was completely white.

The family could view the body for only a short while before the prison guards covered her with a cloth.

The guards claimed that Ms. Liu had died of illness. Ms. Liu's family demanded to see a medical report, especially since she was healthy before being admitted to the prison. The guards couldn't back up their claim.

The family asked to see the head of the prison, but were threatened with arrest for making trouble.

The family appealed to the appeals office and the Prison Management Bureau, but to no avail.

The prison ordered the family sign cremation papers, which they refused to do. They decided to appeal until justice is served. 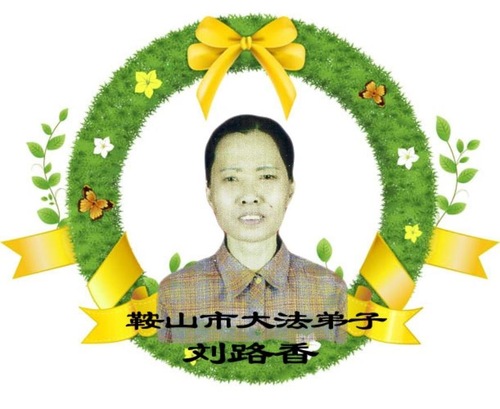 Arrested for Raising Awareness of the Persecution

Ms. Liu was reported to the authorities and arrested on July 12, 2012, for telling people about the persecution of Falun Gong. The police ransacked her home and confiscated Falun Gong books and materials.

She was taken to the Anshan Women's Detention Center, secretly tried, and sentenced to a three-year prison term, to be served at the Liaoning Women's Prison, in October 2012.

Her son visited her on July 29, 2014. She had difficulty walking and two guards held her arms to support her. She was emaciated and weak. The guards didn't offer any explanation regarding her condition.

“A Practitioner Outside of China Returns to Cultivation After Eight Years”

“Hiroshima, Japan: “I Believe I Have a Predestined Relationship with You, So I Will Go to the Exercise Site””