Upon reading posters with the message, “Your signature could save people's lives” and information about the regime's organ harvesting crimes, many people stopped to find out more. After learning about the severe suppression of Falun Gong, which has been going on in China for the last 15 years, many people signed a petition to show their support for bringing about an end to the brutality. 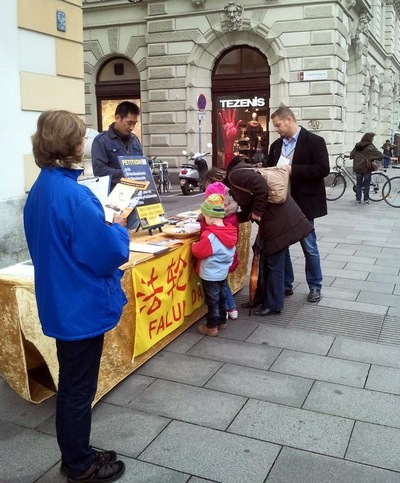 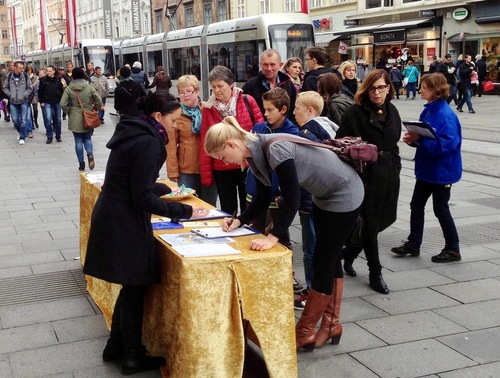 Signature drive in Graz, the second largest city in Austria, to raise awareness about the Chinese regime's forced organ harvesting from living Falun Gong practitioners and other prisoners of conscience

As the capital of Styria, a federal state in Austria, Graz is a World Cultural Heritage Site designated by UNESCO for its well-preserved city center. Falun Gong practitioners often hold activities in Graz to introduce Falun Gong to the community and to expose the large-scale suppression in China.