(Minghui.org) Toronto District School Board (TDSB), Canada's largest school board, decided to terminate its agreement with the Confucius Institute (CI) at the end of October. It has also decided to return $225,000 to China and put the issue that has troubled Toronto for about half a year to an end.

“There is publicly available information stating clearly that Western counter-intelligence agencies have identified Confucius Institutes as forms of spy agencies used by the [Chinese] government and employed by the [Chinese] government,” stated Michel Juneau-Katsuya, former chief of Asia-Pacific for the Canadian Security Intelligence Service, during his speech at a TDSB committee meeting on October 1.

“A common strategy used by the Confucius Institute in many countries over the years was manipulating political views and comments by means of political infiltration,” Mr. Juneau-Katsuya told the Epoch Times in Canada. He said that the CIs also recruit spies for commercial espionage by hosting Chinese language classes in Western corporations.

The committee voted against the Confucius Institute on the same day. The decision by the entire board came about on October 29.

“Such relief, such relief! We did the right thing,” said trustee Irene Atkinson at the end of the meeting.

“The direct connections between the Confucius Institutes and the communist party of China, once that was made clear to the TDSB trustees, I think they were extremely uncomfortable with that,” said trustee Pamela Gough.

“They were very uncomfortable with the lack of freedom of speech on the part of the teachers hired in China to come over,” Ms. Gough added. 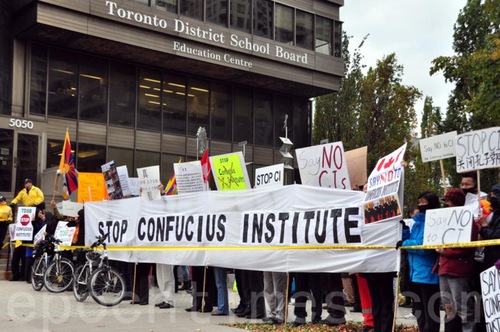 Canadians demand dropping the Confucius Institute program in front of the Toronto District School Board. 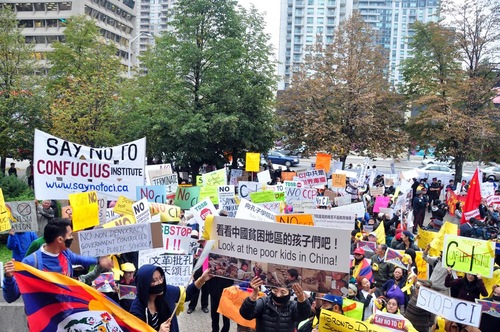 Canadians demand the end of the partnership with the Confucius Institute. 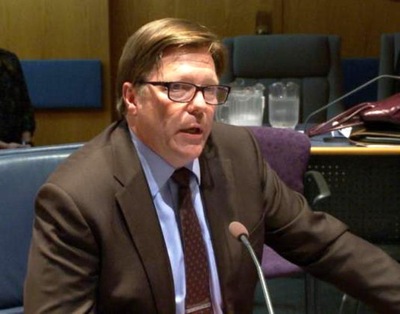 Michel Juneau-Katsuya, former chief of Asia-Pacific for the Canadian Security Intelligence Service, spoke at a TDSB committee meeting on October 1.

Former TDSB chairman Chris Bolton initiated the partnership with the CI. The agreement details were not disclosed to trustees, according to Ms. Gough.

After the CI opening ceremony on May 22, many parents and citizens in Toronto learned about the pro-Chinese Communist Party background and its ideological infiltration in communities. Over 1,000 people signed a petition letter to the TDSB in within two weeks. The TDSB trustees also received many complaining phone calls and emails.

Several hundred citizens protested outside of the TDSB before its meeting on June 11. The board passed a motion to suspend the CI. Chris Bolton resigned two days later. Over 400 protested before an all-hands meeting of TDSB on June 18.

Chinese Consul General Fang Li urged Toronto’s Chinese community to “exercise its rights” on October 25. On October 29, the day of the TDSB board meeting, the Chinese consulate in Toronto dispatched buses to transport local Chinese to protest in front of the TDSB and claimed to “re-introduce” the CI after new trustees come to post.

Zhang Weiqun, who has taught Chinese in the Toronto school district for many years, said, “Confucius Institutes promote the Chinese Communist Party (CCP). It has nothing to do with Confucius... The behaviors of the Chinese diplomat shows the fact that the CCP is the real driver for the CI.”

Both McMaster University and the University of Sherbrooke in Canada have also ended their partnerships with the institutes.

In the United States, the Pennsylvania State University and the University of Chicago terminated their partnerships with the controversial program over the past few months, and the faculty of the Dickinson State University in North Dakota voted against establishing a CI despite an earlier approval by the state’s Board of Education.

“Visitors to the British Museum Connect with Traditional Chinese Spirit”