(Minghui.org) Falun Gong practitioners in Western Australia collected signatures for a petition against forced organ harvesting in China on October 25, 2014, in downtown Perth. Many young Australians decided to support the petition and sign it. They also provided the practitioners with ideas on how to more quickly spread the word about the persecution and help end it. 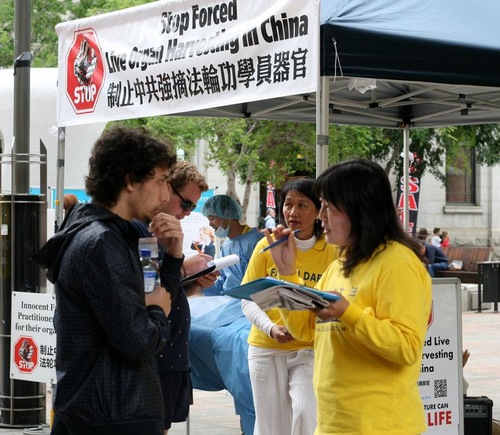 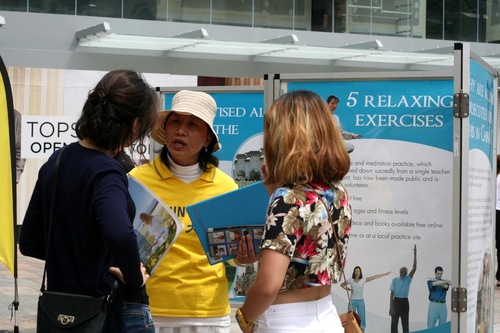 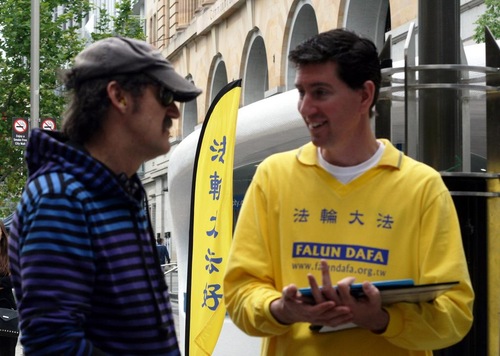 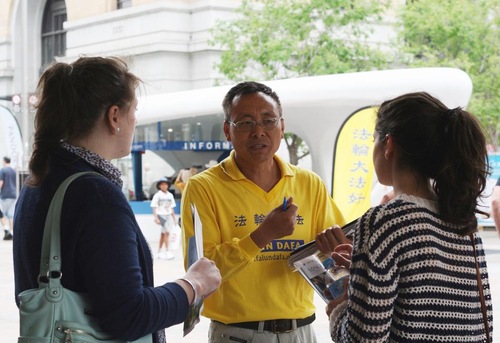 Ian Cahill signed the petition and suggested keeping people who have already signed it updated of its developments, so they can help spread the current information and find more supporters.

He also suggested creating an online petition with all the information needed on the website. “Sometimes people aren't sure what you are all about, and may be afraid that they would be forced into buying something, and may even ignore you. If you had an online version with clear information, many people would be willing to read it and show their support.”

Sarah Oreilly and Jake Savins talked to the practitioners after signing the petition. Sarah read the book Bloody Harvest by David Matas and David Kilgour, about organ harvesting from living Falun Gong practitioners in China, and told others about it. Many people she told had a hard time believing it because of the extent of the crime. She suggested that the practitioners create a Facebook page with photos and information about the issue to help more people understand the facts.

After signing the petition, Jemima Syuance and six twelfth grade girls also suggested an online petition and a Facebook page for the young people to follow. They commented that showing statistical numbers, photos, and illustrations would attract more people, help more students understand what is going on, and give them incentive to become active supporters.