(Minghui.org) The Art of Zhen, Shan, Ren International Exhibition was held in the city of Mykolaiv in southern Ukraine recently. The exhibition concluded on October 12 after five news media reported the event on their websites. The Nikvesti website covered the exhibition with a video clip stating, “These artists are witnesses of the vicious communism. Some of them were severely persecuted and tortured during detention.” Another media, Niklife, introduced the practice of Falun Gong to its readers as well as describing the massive suppression in China. 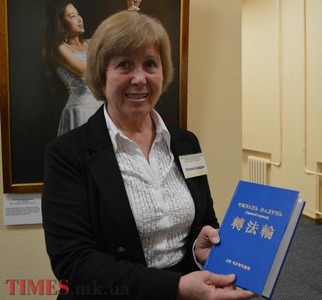 An article on the Nikvesti website indicated that the 11 artists were practitioners of Falun Dafa, a self-improvement system that benefits mind and body. A number of the artworks reflect the ongoing persecution in China against this meditation which follows the principles of Truthfulness-Compassion-Forbearance. The artworks illustrate the persecution and highlight the courage and perseverance of the those who practice Falun Gong. “They offered insightful understandings on the spiritual level that touched our heart.” 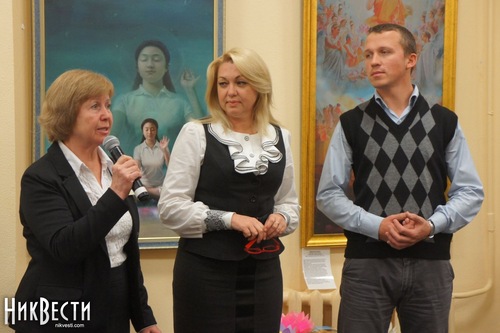 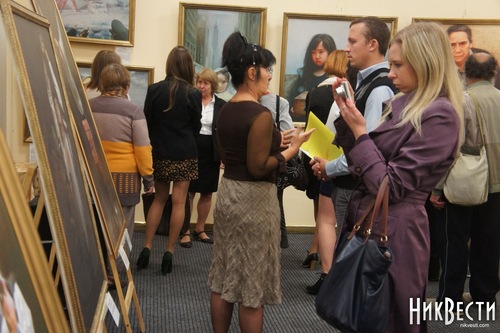 The news report on the Niklife website mentioned these artists were from Canada, US, Taiwan, Australia, and other regions. The Chinese Communist Party (CCP) attempted to brutally torture practitioners, in an attempt to physically destroy them, despite their belief in the principles of Truthfulness-Compassion-Tolerance. 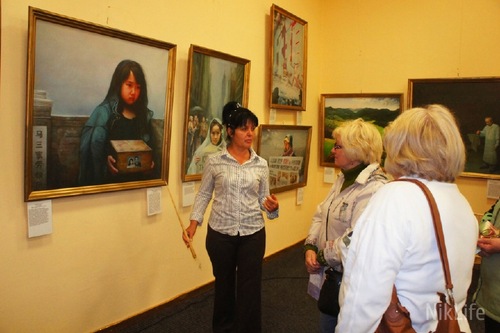 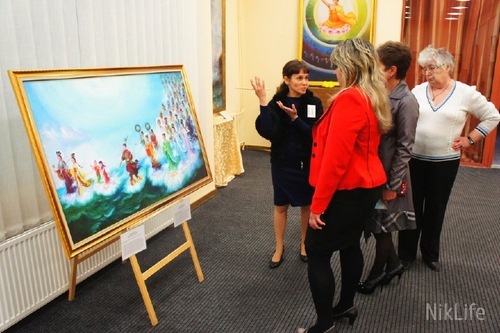 Many local people attended the exhibition and learned more about the peaceful practice of Falun Gong and the horrific persecution in China.