Economist Repeatedly Arrested and Tortured for His Belief (Photo)

(Minghui.org) Mr. Zong Xunyong, 47, formerly worked as an economist at the Pei County Branch Office of the Bank of China. By practicing Falun Gong, he regained his health and became a better person.

Life was good then. However, since the persecution of Falun Gong began, he has been arrested many times, forced to leave his home, and imprisoned for a total of nine years and six months.

Mr. Zong was subjected to over 20 different forms of torture during his detention. He was brutally beaten, shocked with an electric baton, forced to do hard labor, and deprived of sleep. The torture he suffered injured his spine, heart, and other internal organs. 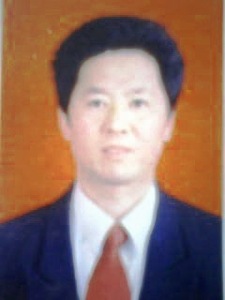 Zong Xunyong before the persecution 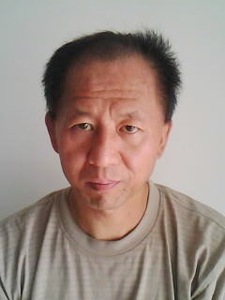 Zong Xunyong after the persecution

His jailers not only harmed his physical health, but ruined his financial well-being. He was fired for his belief in Falun Gong, causing him a loss of 700,000 yuan. Personal assets were confiscated in illegal house raids, and officials extorted money from him.

They traumatized Mr. Zong's family. His wife now lives in constant fear and has fallen into a deep depression. She is incontinent and cannot take care of herself. She is also mentally unstable.

His son was doing very well in school, but was ostracized by other students and the faculty when officials spread rumors that his father was a criminal. He fell into a deep depression and attempted suicide more than once.

Mr. Zong's mother constantly worries for her son and was bedridden for six months. Her health worsened and she passed away in November 2009. His grandmother, who doted on him, did not get to see him before her death and died calling his name.

In the past 15 years, Mr. Zong has been arrested numerous times for his belief. His most recent arrest was on June 19 of this year. He was arrested at the Shanghai train station while waiting to catch a train back to his home. He was then detained for 16 hours. His baggage was searched without a warrant and his personal belongings, including Falun Gong books, brochures explaining the facts about the persecution, a bank card, and train ticket were confiscated.

Mr. Zong was imprisoned for three years and six months in November 2010 for posting messages exposing the persecution of Falun Gong. He was brutally tortured at Tilanqiao Prison in Shanghai, causing severe injuries to his back. Within one month, he was reduced to skin and bones and walked shakily even with support.

Prior to that, Mr. Zong was sentenced to six years in prison in July 2003. During his incarceration at Hongzehu Prison in Jiangsu Province, he had to work from 4:30 a.m. until midnight every day. Prisoners are assigned their own bunk, but Mr. Zong was forced to share one with another prisoner. He was not allowed to take baths or wash his clothes. He was given food that was moldy or rotten, or deprived of food altogether.

Mr. Zong was later transferred to a “special” division, where intensive brainwashing tactics were employed to make him give up his faith. He was forced to listen or read materials defaming Falun Gong and, physically weakened, forced to write statements giving up his faith. When he later declared his “repentance statement” null and void, prison officials revoked his visitation rights. He was not allowed to call his family.

On July 22, 1999, Mr. Zong's supervisor at work instructed him to watch news reports defaming Falun Gong. His manager forbade him to practice Falun Gong. A police officer arrived and forced him to write statements denying his faith. He was ordered to report to the police station every day. The police detained him at work. He was not allowed to go home, and was watched by guards. His family had to send him food.

Even under such pressure, Mr. Zong would not give up his faith. On March 1, 2000, he once more appealed for Falun Gong and was arrested. He was taken to a hotel and interrogated. His home was illegally broken into and personal property confiscated. He was subsequently held in custody for 37 days.

In October of that year, Mr. Zong went to Beijing to appeal for Falun Gong. To avoid arrest, he did not return home. Police from his hometown in Pei County often went to his house to harass his family to force them to reveal his whereabouts. Authorities found him in Shanghai in December and he was taken back to Pei County.

In the middle of winter, he was detained and tortured at a brainwashing facility for a month. He was forced to sit on an unheated cement floor, and his hands were tied behind his back to a heater. His guards gagged him. Then they pushed cigarette butts into his nose and whipped him.

During January of the 2001 Chinese New Year, Mr. Zong was made to watch footage on the staged Tiananmen Square self-immolation incident. Officials of the 610 Office then demanded that he renounce his belief. He refused. They brought his family in and told the family to plead with him to give up Falun Gong.

In March Mr. Zong was arrested and taken to Fangqiang Labor Camp in Jiangsu Province. For three months, he had to wake up at 4:30 a.m. and work in the fields until after 6 p.m. He was not allowed to sleep for long periods of time and was shocked with high voltage electric batons.

Labor camp guards were rewarded with 4,000 yuan for each practitioner they forced to give up Falun Gong, so they worked on Mr. Zong. The labor camp sold daily necessities at exorbitant prices, which Mr. Zong was forced to buy.

In July 2002, Mr. Zong learned that the authorities were going to arrest him once more for his belief, so he left home to avoid arrest. Police found him in September through monitoring another practitioner's phone calls.

Police took Mr. Zong into custody. They stole his bicycle and the 300 yuan that he was carrying. He was taken to a hotel, where officers tortured him so severely that his body was littered with injuries. He was not allowed to sleep for several days and kept handcuffed for over 100 hours.

In September, Mr. Zong was transferred to the Feng County detention center in Jiangsu Province. He was chained to the ground 24 hours a day. At night he could only sleep curled up. The days were sweltering and his clothes smelled, but he was not allowed to change into clean attire. This went on for 10 days.

When he was not in prison, local 610 officials frequently threatened and harassed both him and his family at home. In November 2013, upon returning home after another prison sentence, Pei County police officers took his photo and kept a record on file.

Mr. Zong's repeated arrests, torture, and surveillance happened for no criminal activity, but for believing in Falun Gong's principles of Truthfulness-Compassion-Forbearance.