(Minghui.org) A witness recently revealed that Mr. Wang Xiaozhong was beaten to death and his organs were harvested.

Mr. Wang was illegally arrested by officers from the Dongjiao Police Station, now called the Huadian Police Department, on the evening of August 17, 2001. He was beaten to death 13 days later.

The witness saw Mr. Wang's dead body. The person said he saw that Mr. Wang's organs had been removed, that his abdomen was hollow, and that there was a long, stitched-up incision the entire length of his torso.

An on-site police officer didn't dare to look at Mr. Wang's body. He turned away and said, “It's horrible. I'm not responsible for any of this.”

The witness also disclosed that Mr. Wang's body was stored in a large freezer in an isolated building at Beifang Hospital. The building used to be rented by the Mudanjiang Police Department as was a secret place to torture inmates. 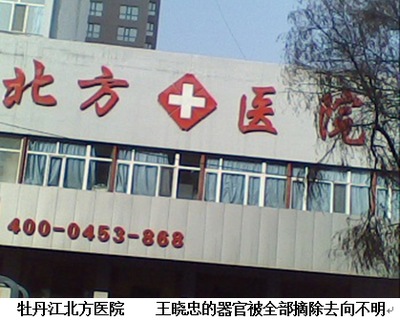 Two officers were involved in the brutal beating of Mr. Wang. One was Lan Jinghua, the name of the other is unknown. They both deny any responsibility for Mr. Wang's death and blame each other for beating Mr. Wang. 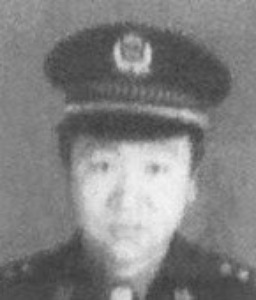 “Cultivating and Upgrading Myself While Coordinating Shen Yun Promotion”