Firsthand Account: Torture and Brainwashing in a Shanghai Prison

(Minghui.org) I am from Shanghai, the largest and most prosperous city in China. I would like to give my personal account of being tortured in the Shanghai Women's Prison for three and half years, for distributing Falun Gong informational materials.

Several police officers including Qian Weiping and Jin Ye, from the Songjiang police substation, arrested me in my residence on July 16, 2008 and then ransacked my entire home. The Songjiang Court sentenced me to three and half years in prison, even though they could not produce any evidence of my having committed a crime. I was later transferred to the Shanghai Women's Prison on May 5, 2009, after being detained nearly 10 months in the Songjiang Detention Center. 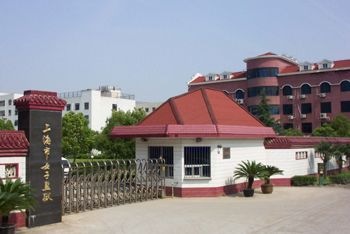 When I arrived at the prison, I noticed that a few inmates were waiting for me. Following a prison guard's directives, the inmates escorted me to a cell in Brigade 5. Brigade 5 is mainly reserved for imprisoned Falun Gong practitioners and is referred to as the “political education” (i.e. brainwashing) brigade.

There are two buildings in the prison complex and Brigade 5 is located on the fourth floor of the older building. Each cell is monitored 24 hours a day via audio and video surveillance cameras. They measure about 190 square feet, with 12 beds in each cell.

Prison guards instruct select inmates to guard the door of each cell in Brigade 5, during two shifts. These “door guards” monitor Falun Gong practitioners 24 hours a day, with some even noting the sleeping positions of the practitioners in order to prevent them from practicing the Falun Gong exercises.

I was assigned to Category E and confined to a cell. I was not allowed to use a regular restroom like the other inmates, but instead had to use a small receptacle placed on the floor. A young inmate was assigned to empty the receptacle every day, at which time she cursed me over and over again. Many times she did not empty it on schedule and as a result, I was forced to eat and drink less to keep from having to use the toilet.

I was not allowed to take a shower or go to the washroom. Once a week, I was provided with a small bucket of warm water to clean my hair and body in the cell. My scalp was very itchy due to the poor sanitary conditions in the cell. I had to ask one inmate to bring me fresh water to clean my clothes and later carry out the dirty water. She cursed me many times for this.

I was also not allowed to walk near the cell's window or door, or talk with other inmates. Besides eating and sleeping, I was forced to read materials and watch TV programs that defamed or slandered Falun Gong. Inmates were assigned to monitor me, making sure that my eyes remained glued to the TV set. When I closed my eyes or looked away from the screen, they all yelled and cursed at me.

I initially refused to watch the programs that slandered Falun Gong, but I later listened to some recordings of former Falun Gong practitioners who were brainwashed into denouncing the practice. As a result, I unwittingly began to accept their points of view.

Forced to Renounce My Belief

Shanghai Women's Prison has an “implication policy” in place that goes like this: If a practitioner refuses to give up her belief in Falun Gong, all inmates in the same cell would be punished. For example, no one in the cell would be allowed any recreation time or be able to watch TV. All of the inmates in my cell vented their anger at me because I would not betray my conscious and renounce Falun Gong. They worked together with the prison guards to torture me so that I would renounce my belief. They monitored me day and night and recorded my every word and deed. The inmates submitted a daily report to the prison guards, which was later analyzed to detect any weakness that I had. The guards then designed a plan to force me to give up Falun Gong.

The guards also instigated the inmates to torture me. I was not allowed to sleep before midnight, but was the first to be woken up in the morning. The ongoing sleep deprivation and torture made me feel as if I was living in hell. I thought I was on the verge of a mental breakdown and even considered committing suicide several times.

After more than two months of this treatment, the guards realized that nothing could affect my belief in Falun Gong. That's when they asked a former practitioner to try to persuade me to give up the practice. The girl told me that she had once gone to Beijing to appeal for the practice, however, I found out later that she had helped the guards pressure other practitioners to renounce Falun Gong. I was confused by her superficial kindness and incorrect views. She said that a good person should be considerate of others, including the inmates.

One day, the prison guards punished all the inmates in my cell and forced them to sit together for a long time, due to my refusal to give up Falun Gong. Suddenly, the former practitioner and an inmate appeared to have fainted. All of the inmates cursed and blamed me for their suffering. I was confused and really thought that their suffering was due to me and that once I signed a statement renouncing my belief, they would all be freed from their agony. With tears in eyes, I signed the statement, renouncing Falun Gong. I cried a lot after that.

The prison has a systemic brainwashing plan. I was later asked to write other things, like a “guarantee statement” promising to no longer practice Falun Gong, a confession of wrongdoing, and a statement criticizing Falun Gong. The guards also forced me to watch videos commending the Chinese Communist Party (CCP) and to sing songs glorifying the regime.

After signing various statements, I was forced to perform labor for the prison. I mostly made product tags, but I also assembled boxes for crackers and chewing gum. An inmate representative walked around to check the quality of everyone's work. Anyone's work that did not meet the quality control requirements had to be redone and was penalized. I had to complete 5,000 tags every day, or face a penalty.

Inmates had to work extremely hard for more than ten hours straight to complete their quotas. My fingers became swollen, cut, and bled frequently. However difficult it was, I had to complete my quota every day.

The prison guards awarded those who did more than their quota by reducing their prison terms. As a result, many inmates worked very hard, even during their breaks.

In Brigade 5, inmates were also required to make products in their cells. Sometimes we had to work with toxic materials, such as the glue used for making cracker boxes. More than ten people worked in one small space with piles of products stacked everywhere, and no ventilation. Although many of us felt dizzy and suffered from skin lesions, the guards did not care. They only paid attention to the profit they were making.

Several months before I was released, I was selected as one of four inmate representatives to assist the prison guards. As such, I was able to walk more freely around the prison compound.

One day, I walked to the far end of the east squadron of Brigade 5 and saw an iron door, leading to three flights of stairs. I saw a room about 32 square feet with no window or bed in the room. The iron doors on the first three levels were locked. I found out later that these rooms were used to torture Falun Gong practitioners.

The guards also asked me to work with them to force one steadfast practitioner, Qu Yanyan, to give up her belief. I was forced to talk to her and write letters attempting to persuade her to renounce her belief.

Released, But Not Free

I was finally released on November 15, 2011, after serving my full prison term. My family members and neighborhood officials came to the prison to pick me up. I was repeatedly threatened not to practice Falun Gong or make any contact with other practitioners after returning home.

Although I was only 44 years old, half of my hair had turned gray, due to the stress I was under in prison. I was in poor health, suffered from memory and hearing loss, had frequent nightmares of being tortured in prison, and I could not fall asleep after these frightening episodes. I visited many doctors and took all kinds of medicines, yet my health did not improve.

Neighborhood officials asked my mother-in-law, who lived with us, to monitor me and prevent me from practicing the Falun Gong exercises. Prison guard, Shi Lei, and police officer, Qian Weiping, of the Songjiang police substation, came to my home several times to intimidate me and keep me from practicing Falun Gong again.

Resuming My Practice, Restoring My Health

Although I had not practiced Falun Gong for more than three years, in my heart I was eager to resume the practice.

When I later visited Hong Kong, I saw a group of Falun Gong practitioners encouraging Chinese tourists from China to withdraw from the CCP. I was very excited and went back to my hotel room to download all of the Falun Gong books. I also contacted an overseas practitioner who I knew before.

After I returned to China, I started to read the Falun Gong books and practice the exercises. I became healthy again after resuming the practice. My mother-in-law later moved back to her own home. I made a solemn declaration on Minghui.org to rescind all of the statements I had signed in prison.

I emigrated to the United States in 2012. I can now freely practice Falun Gong. When I recall the terrible suffering that I underwent in prison, I feel obligated to expose the tortures that are happening daily to the practitioners who are still imprisoned there.

I hope that more kindhearted people will work together to put an end to the CCP's brutal persecution of Falun Gong!

“Removing Emotion and Cultivating a Heart of Compassion”