Survivors of a Recent Flood in China

(Minghui.org) A devastating flood hit Fushun, Liaoning Province, on August 16, 2013. Nankouqian Township was the hardest hit. Many people lost their lives instantly. Stores along the streets were filled with mud. According to local residents, the flood hit so fast and so hard that there was no time to escape. 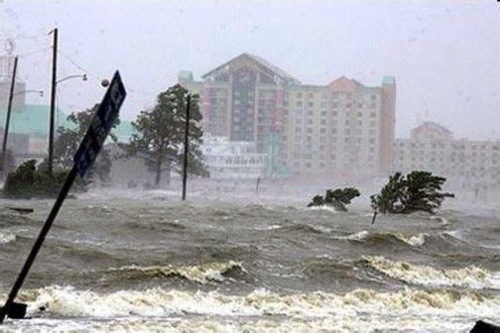 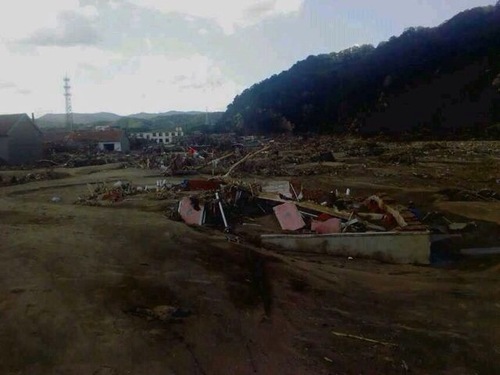 Fushun City after the flood

Interestingly, everyone who had signed petitions to rescue Falun Gong practitioners remained safe from the flood. The area in front of the village factory was the worst-hit. Many houses in this area were destroyed. Some entire families died in the flood.

More than 20 relatives of Falun Gong practitioner Xiao Liang live in Nankouqian. All of them survived. They all understand that Falun Dafa is wonderful and had quit the Communist Party and its affiliated organizations.

One practitioner's 70-year-old mother was carried away by flood waters when she went out to close the gate. She saw something floating next to her and grabbed it. She doesn't remember what it was, but it kept her afloat for a mile. She finally grabbed onto a tree and was rescued.

The rising water reached the eave of an elderly couple's store. There is a small elevated area in the store, and the couple stood on it, barely keeping their heads above water. They stood there for 11 hours before the water started to subside, and they were then able to climb out a window. Their neighbors thought that they'd drowned. The elderly couple said that their belief in Falun Dafa had saved them.

So many lost their lives in the flood, yet all those who'd learned the facts about Falun Dafa and quit the Communist Party escaped this disaster.

“Wise Men Predicted the Demise of Communism Years Ago”