Mr. Li Zhiqin, a Falun Dafa practitioner from Ningjin County, Hebei Province was beaten to death for his belief in Falun Gong. Mr. Li's son, Mr. Li Guang, appealed to a number of officials, seeking justice for his father's wrongful death, but not one took on the case. As a result of his efforts, Mr. Li Guang was arrested and his family was threatened by officials.

Mr. Li Zhiqin practiced Falun Dafa to improve his health. Within a short time his pulmonary tuberculosis was cured. His temper improved and his family lived in harmony. People said that he was always willing to offer help to anyone in need.

The persecution of Falun Dafa in China, which began on July 22, 1999, following years of escalating state abuses, disrupted his peaceful life. To avoid arrest, Mr. Li left his home and became a contract worker in Zhao County.

On the evening of September 12, 2007, a group of police officers, with Shen Jianzhong from the Ningjin County Domestic Security Division in charge, broke into Mr. Li's rented home in Zhao County. A dozen officers brutally beat Mr. Li and said, “You got away last time. We will make sure you are dead today.”

Mr. Li was dragged to a car which left immediately. He was beaten to death within three hours after being arrested. Mr. Li's family was notified of his death the next evening, and police claimed that Mr. Li died of a “sudden heart attack.” His body was immediately cremated. The local Civil Affairs Department gave Mr. Li's family 10,000 yuan (about US$1,400) as compensation. 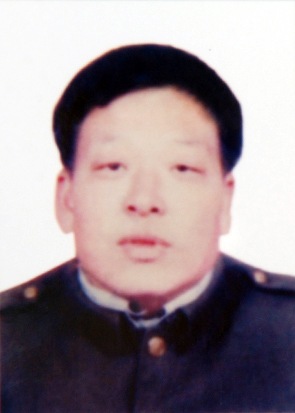 During the past six years, Mr. Li's family went to see a number of officials from the police bureau, procuratorate, Political and Legal Affairs Committee and others, demanding justice for his wrongful death. Not one agency wanted to take on the case. Instead, staff from the agencies threatened the lawyer and Mr. Li's family. Despite presenting strong evidence against the perpetrators and cover up, the agencies refused to look into the case.

On July 5, 2013, Mr. Li's family appealed to the Hebei Provincial Higher Court. The judge accepted the file and told them to go home and wait.

Harassed and Detained for Demanding Justice

Three days later, around 11 p.m. on July 8, local police came to Mr. Li's home to harass his family. The police knocked, but the family refused to open the door.

The next morning, police broke into Mr. Li's home and arrested Mr. Li Guang. He is being held in a brainwashing center in Xingtai. Police from the local 610 Office and the Domestic Security Group pressured Mr. Li Guang to hand over the original petition letters. Under pressure, Mr. Li Guang attempted suicide and recently went on hunger strike to protest his arrest.

A grocery store owner said, “A father was beaten to death and his son hired a lawyer to seek justice. The legal establishment didn't take his case, and arrested Mr. Li's son. How can such a thing happen? This is in violation of established law. I will sign!” He, along with nearby business owners, their employees, and shoppers signed the petition. 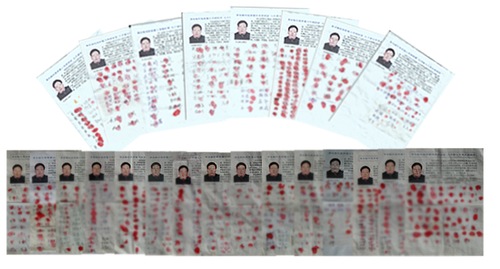 A signature drive in a factory where workers have read the Falun Dafa flyers and knew that practitioners are good people was successful. Once they were told that a practitioner was beaten to death and his son arrested for filing a lawsuit against the perpetrators, the workers got very angry. About 20 of the workers signed the petition.

An elderly man who was told about a signature drive that supports practitioners said, “I'll sign. Falun Dafa is good.”

When a young man was told about the death of Mr. Li and subsequent harassment of his family he got very angry and signed the petition.

An official was very upset upon hearing Mr. Li's story and said, “Rich people bribe officials after killing someone. Those in power don't even have to bribe to get off scot-free after they kill someone. I'll sign! I support!”

Telling the World the Facts about Falun Dafa

During the past 14 years, Falun Dafa spread to over 100 countries, including Hong Kong and Taiwan, receiving many awards for its positive contribution to the community.

Practitioners risk their lives, despite being persecuted, to tell the people inside and outside of China the facts about Falun Dafa. Throughout the years practitioners have used nonviolent means to tell their story.

In China, arrested practitioners endure torture and imprisonment. Many were killed under torture and even worse, for their organs. Organs were harvested from imprisoned Falun Gong practitioners while still alive and sold for profit to people needing an organ from inside and outside of China.

More and more people understand the facts about Falun Dafa, as well as the corrupt nature of the Chinese Communist Party (CCP). By July 2013, over 140 million people have publicly withdrawn from the CCP and its affiliates on the Epoch Times website.

Standing up for Practitioners

Having seen through the Communist regime's vicious propaganda about Falun Gong, more and more Chinese citizens are willing to call for justice for practitioners. In Hebei Province 300 villagers signed a petition demanding the release of practitioner Mr. Wang Xiaodong. Village officials put the official seal on the letter.

In June 2012, 700 villagers signed a petition to rescue practitioner Mr. Li Lankui. During the same month, Mr. Qin Yueming was tortured to death in Jiamusi Prison, Heilongjiang Province. Over 15 thousand Chinese citizens (who do not practice Falun Gong) signed a petition demanding that justice be served.

Recently, a Falun Dafa international organization said in an article “Calling on the Chinese authorities to arrest those responsible for the persecution of Falun Dafa ... Those of the Chinese Communist Party that worked closely with Jiang Zemin to plan, instigate and encourage the persecution, and those that murdered Falun Dafa practitioners must be brought to justice! Those that committed a crime will be punished!”

In over 30 countries, lawsuits for crimes and genocide were filed against Jiang Zemin, Luo Gan, Zhou Yongkang and others that are known to have persecuted Falun Dafa and its practitioners. They will have to face the consequences for their criminal actions.

Getting back to Mr. Li's case, we reiterate our request to the respective authorities to investigate Mr. Li Zhiqin's death and bring those responsible to justice.

“Unjust Trial of Mr. Zhang Wei in the Jingjiang Court”

“Learning to Think More of Others”