(Minghui.org) Falun Dafa practitioners in Chiayi, Taiwan held a special activity on August 11, 2013, at the Chiayi City Cultural Park. They wanted to expose the crimes of forced organ harvesting from living Falun Dafa practitioners in China. Many passersby signed a petition condemning the atrocities committed by the Chinese Communist Party (CCP), and calling for an end to the persecution in China.

The practitioners put on a play on the evening on August 11, to raise awareness about the Chinese Communist regime's atrocities of removing organs from living Falun Dafa practitioners. They also played short videos and displayed posters which introduced Falun Dafa and exposed the facts of the persecution.

Over a thousand locals signed the petition that evening. 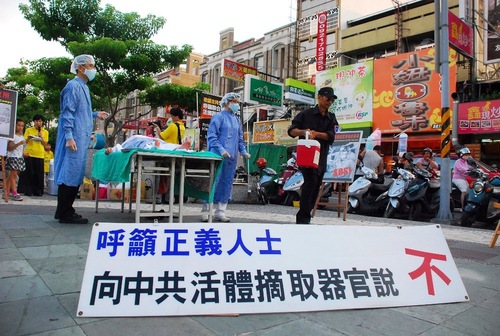 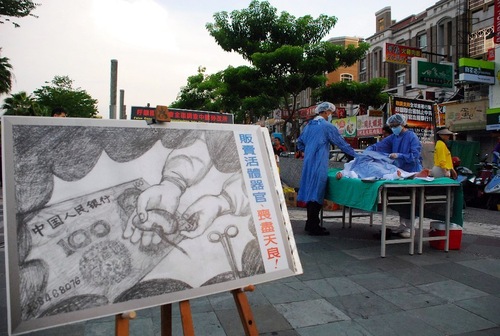 Practitioners put on a play to demonstrate how the Chinese Communist regime illegally removes organs from living Falun Gong practitioners. 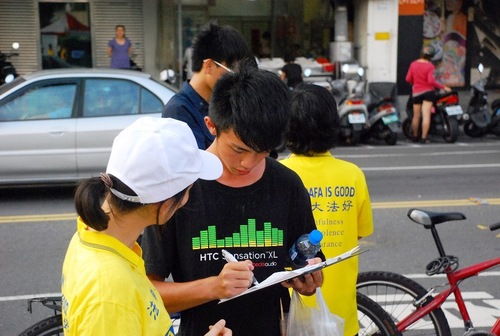 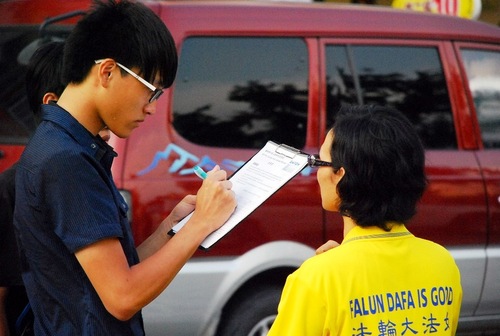 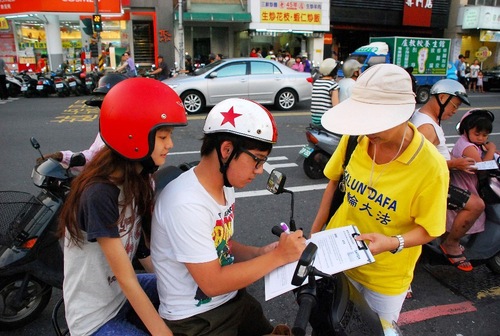 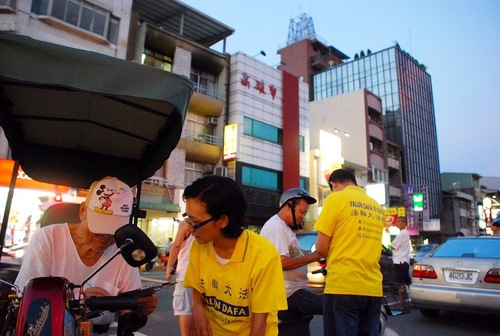 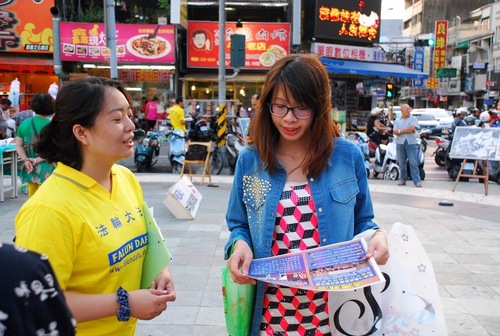 People were shocked upon hearing about the forced organ harvesting in China. Some of their comments were, “This is too brutal, it can not be happening!” “This is unacceptable, everyone should sign the petition and protest to the United Nations.”

Doctors Against Forced Organ Harvesting (DAFOH), an international organization in the U.S., initiated a worldwide signature collection drive to petition the UN Human Rights Commissioner, calling for an immediate end to the forced organ harvesting from Falun Gong practitioners in China. The signature drive in Chiayi, Taiwan was part of this global effort.