(Minghui.org) Falun Gong practitioners gathered on the afternoon of July 20, 2013, on Pedestrian Street, located in Macau's central business district. They held banners and display boards, to raise awareness and call for an end to the 14-year long brutal persecution by the Communist Party in China. Large numbers of Chinese tourists showed great interest in the information presented to them, which they don't have access to in China. 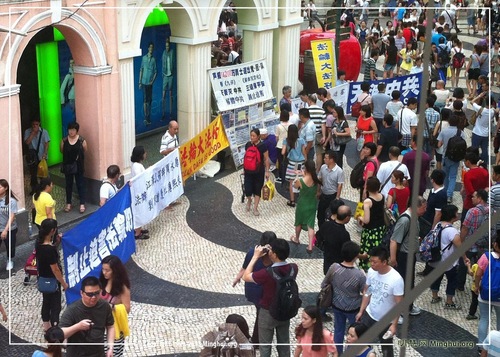 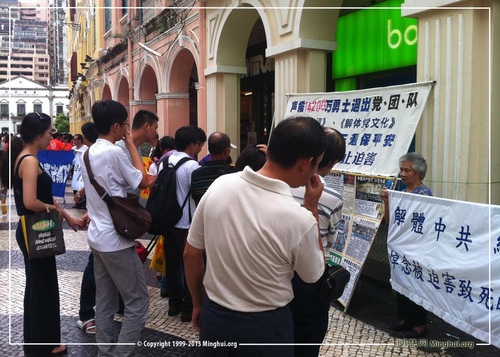 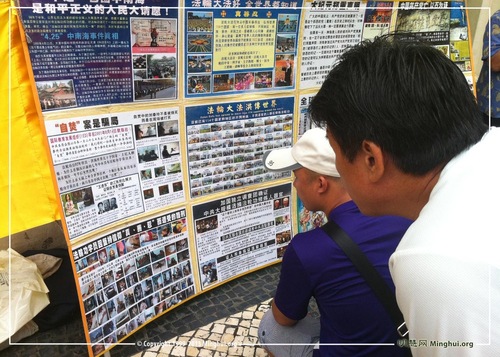 Chinese tourists attentively read the information on the display boards 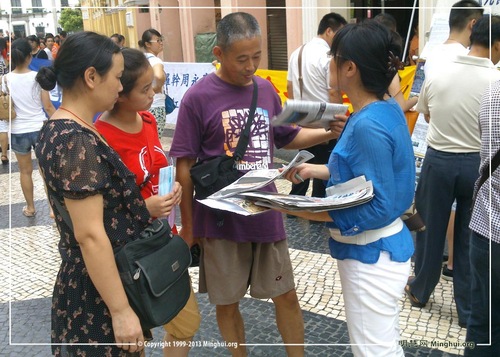 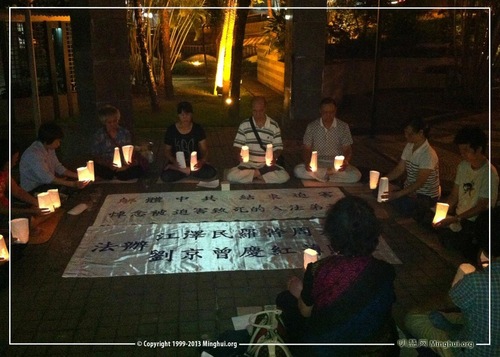 Several tourists gathered in front of the displays and attentively read the information. As it's summer vacation time in China, many young people were among the tourists. Many of them had their photos taken in front of the big banner reading “Falun Dafa is good.” A young man from Guangdong Province told a practitioner, “Many people in my area support you.”

The tourists took informational materials offered by the practitioners, and after learning about the evil nature of the Chinese Communist Party (CCP), renounced any association with the party and its affiliated organizations.