(Minghui.org) Falun Dafa practitioners in Wisconsin held a candlelight vigil on July 19, 2013, in front of the State Legislature building to commemorate the practitioners who have died during the Chinese Communist Party's (CCP) 14-year-long persecution of Falun Gong. 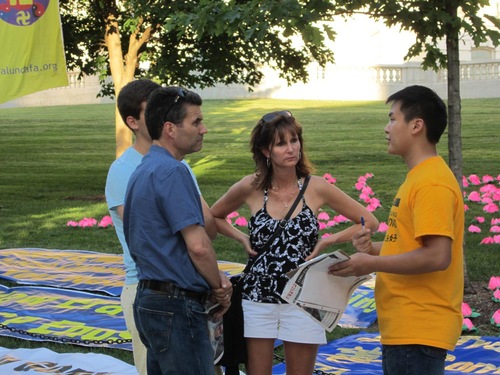 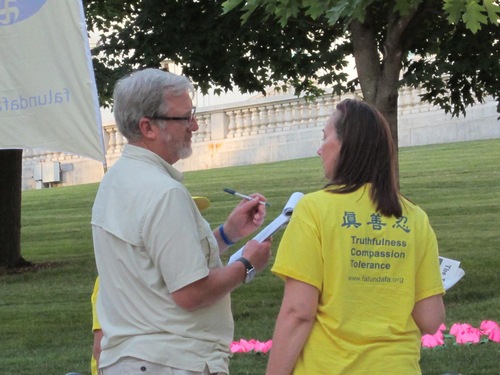 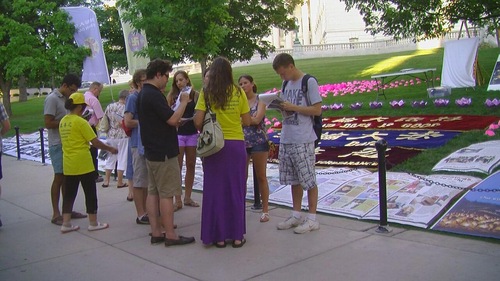 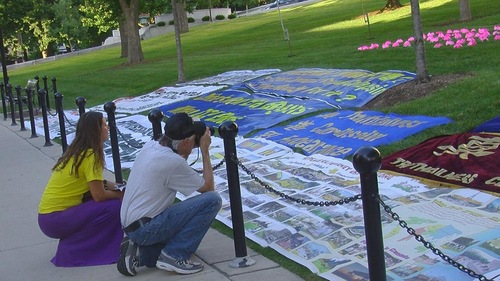 The event received support from local residents. Many people learned the truth about the persecution and said that the forced organ harvesting was absolutely wrong. They praised the practitioners for doing the right thing by making it public. They also signed a petition urging representatives to support U.S. House Resolution #281.

After hearing the truth about the forced organ harvesting in China, two young American students stayed to help the practitioners talk with passersby.

One man asked several questions about the practice. A practitioner told him that Falun Gong practitioners follow the principles of Truthfulness-Compassion-Forbearance. He pointed out that the Tiananmen self-immolation incident was a hoax contrived by the CCP to defame Falun Gong and that suicide goes against Falun Gong's teachings. After learning the truth, the man immediately signed the petition form. He thanked the practitioner for correcting his misunderstanding of many years, and said that he would read books about Falun Gong.

Each practitioner lit a candle, and the group sat in the shape of a lotus flower. In the flicking candlelight, more people came and signed their names to support Falun Gong. The practitioners wished these kindhearted people a beautiful future.

“My Understanding of “Adding Bad Things to Other Practitioners' Dimensions””