(Minghui.org) On April 21, Falun Gong practitioners from San Francisco held a series of activities in Chinatown to commemorate the 14th anniversary of the April 25 Appeal. They set up a photo exhibition and held a rally with several speeches presented to honor the occasion. 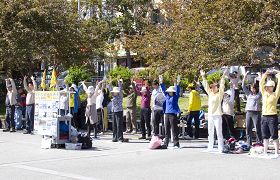 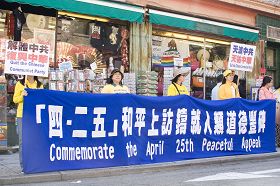 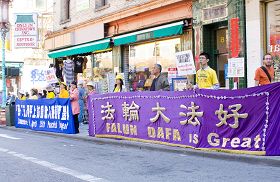 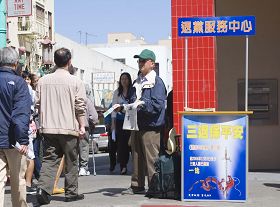 A volunteer from the service center for quitting the party 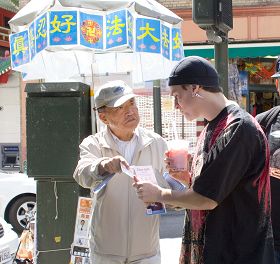 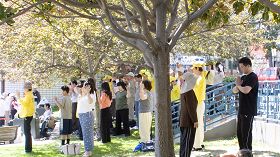 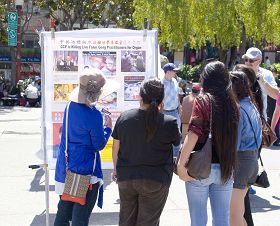 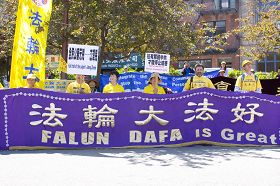 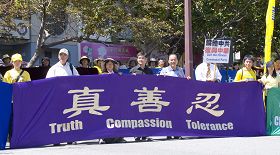 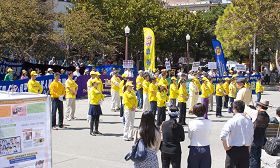 Ms. Lan, a Falun Gong practitioner from Shenzhen, China, said in her speech that 14 years ago she was a high-ranking officer at an enterprise in Shenzhen. She heard about Falun Gong after the April 25 Appeal. 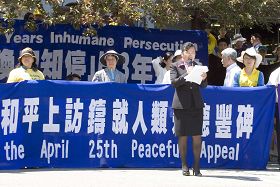 Ms. Li Jie, who was a senior in college 14 years ago, was one of the participants of the April 25 Appeal. In 2000, she was arrested simply because she rented her apartment to a Falun Gong practitioner. She was sentenced to 5 years, and was badly tortured.

Seventy-two-year-old Mr. Meng also attended the April 25 Appeal. He started practicing Falun Gong in 1996. He shared in his speech how the practice healed all his diseases. He called upon the audience to learn the truth about Falun Gong, and abandon the Chinese Communist Party.

Many tourists stopped at the rally. Some of them talked with practitioners and some learned the exercises. 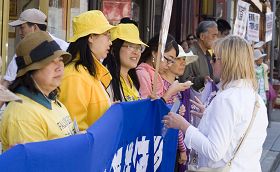 Tammy, a tourist from New York, talks with practitioners about learning the exercises.