(Minghui.org) The Indonesia Falun Dafa Cultivation Experience Sharing Conference was held on October 13, 2013. Two days before the conference, hundreds of practitioners from across the country held a rally and march in the capital city, Jakarta, to showcase the beauty of Falun Dafa and draw attention to the Chinese Communist Party's (CCP) 14-year-long persecution of Falun Gong.

The practitioners also held a protest in front of the Chinese embassy to condemn the Party's crimes against humanity. Their colorful banners caught the attention of many passersby. Some people stopped to talk and later signed a petition calling on the United Nations High Commissioner for Human Rights to help end the CCP's persecution of Falun Gong. 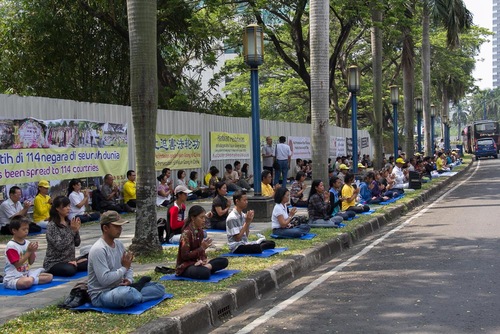 Practitioners hold a protest in front of the Chinese Embassy to condemn the CCP's persecution of Falun Gong.

A group of Indonesian employees of a Chinese telecommunication company were also protesting in front of the Chinese embassy, alleging unfair treatment by the company.

Many security officers were brought in to oversee the event; however, after seeing the practitioners' peaceful activities, the officers appeared very relaxed. Some practitioners clarified the truth to the police and virtually all of employees of the Chinese telecommunication company signed the petition form to express their support for Falun Gong. 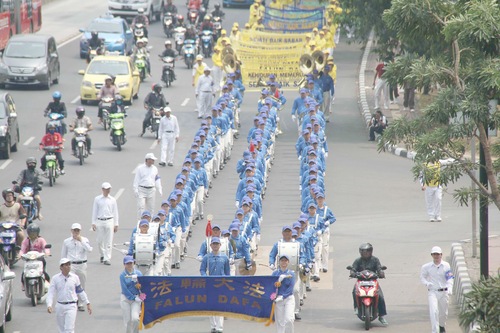 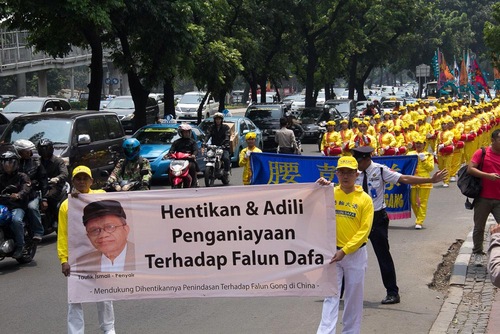 A banner carries the words of the well-known Indonesian poet, Taufik Ismail: “Stop the persecution of Falun Dafa and bring the perpetrators to justice.” 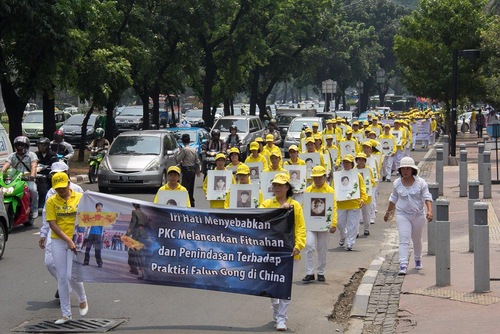 Practitioners hold portraits of fellow practitioners who were tortured to death in China. 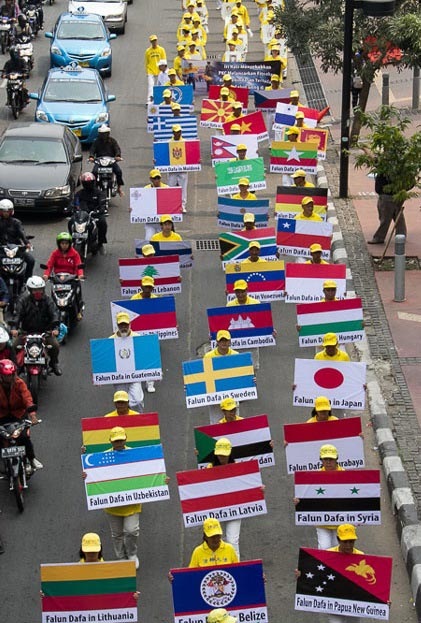 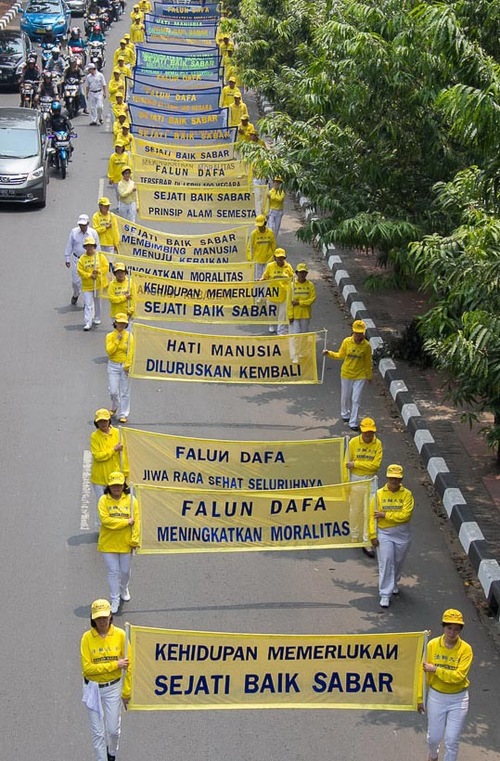 Several hundred practitioners later held a march in downtown Jakarta, with the Divine Land Marching Band leading the way. Dozens of banners were used to promote Falun Gong and expose the CCP's 14-year brutal persecution of the practice.

An Indonesian human rights organization also made banners to express their support. One banner contained the words of the well-known Indonesian poet, Taufik Ismail: “Stop the persecution of Falun Dafa and bring the perpetrators to justice.” Several thousands fliers were distributed along the march. 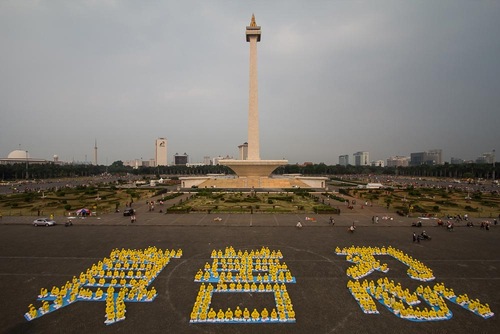 Practitioners form the Chinese characters for “Truthfulness-Compassion-Forbearance” near the National Monument.

After the march, the practitioners visited a popular tourist attraction, the National Monument, and formed the Chinese characters for “Truthfulness-Compassion-Forbearance.” When some tourists came over to watch, the practitioners handed them fliers and patiently answered their questions.

“From Validating Self to Tears of Gratitude”

“Ms. Yang Cuifen Dies as a Result of Persecution”