(Minghui.org) The instigator in the death of a Falun Gong practitioner, the 610 Office in Jilin Province, sent representatives to the practitioner's son and offered to pay him compensation if he signed the paperwork for his father's cremation and gave up his right to appeal his father's death.

In April 2013, Mr. Zhang Haibo, 31, got a phone call from the Bureau of Justice of the Yanbian Korean Autonomous Prefecture. The caller invited him to visit the bureau in Yanji City regarding his father.

His father, Mr. Zhang Qingjun, had been tortured to death in the Yinmahe Forced Labor Camp in Jiutai City, Jilin Province, in October 2010.

The 610 Office in Jilin Province dispatched three representatives, who offered to pay Haibo 100,000 yuan (about $16,000) to sign the documents for the cremation of his father and rescind any further right to appeal.

They initially offered him 100,000 yuan and told him that his uncle had asked for that amount. Haibo assumed that the Bureau of Justice was investigating his father's death to bring the perpetrator to justice. When he learned the real reason for their visit, he cried and refused to accept the compensation offered. The officials then offered him 200,000 yuan (about $32,000).

Haibo said, “How can money ever compensate for a life?” He simply wanted justice for his father's death. He was then told, “Sleep on it. When you have made a decision, give us a call.”

Someone from the labor camp made a follow-up call to Haibo in August, who said that he would not talk unless their offer was 500,000 yuan (about $82,000). (He had lost hope of ever getting justice, so he requested a larger amount.) The labor camp officials said that was too much and hung up.

Mr. Zhang Qingjun, 64, lived in Shixian Township, Tumen City. He was tortured to death within seven days of being detained in the Yinmahe Forced Labor Camp in Jiutai City, Jilin Province.

Labor camp officials claimed that Mr. Zhang died of a heart attack, a normal death. His family wanted proof and permission to talk to the guards on duty, as well as doctors and his cellmates. The officials claimed that family members didn't have a right to such information and that it would only be provided to prosecutors.

His family then asked for the surveillance video of Mr. Zhang for October 22 and 30, 2010. Camp officials told them that their surveillance cameras were out of order.

Mr. Zhang's body is being stored in a refrigerator in a funeral home. The daily mortuary fee of 100 yuan is being paid by the labor camp. 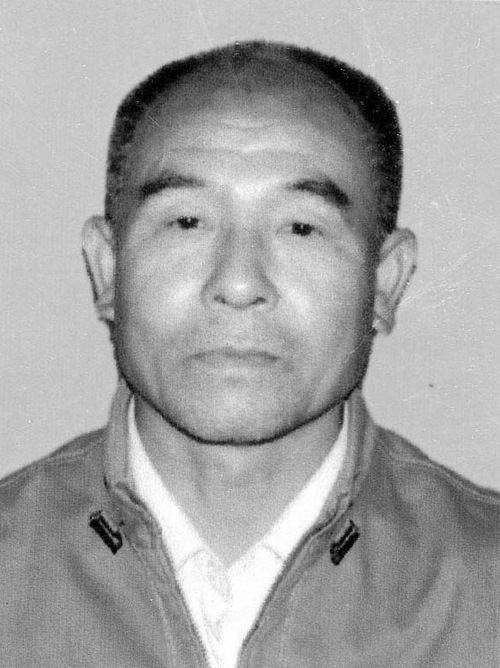 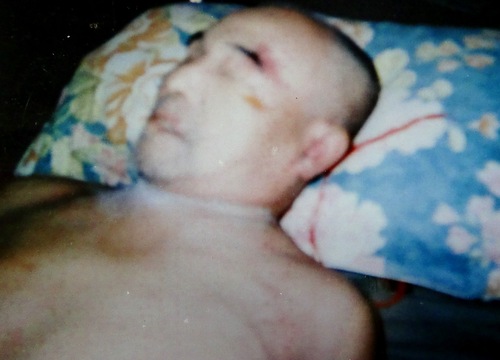 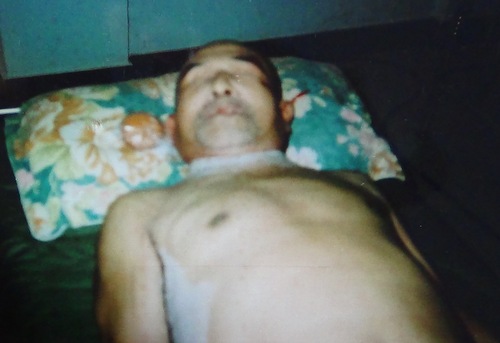 The tip of Mr. Zhang's eyebrow and cheekbones show signs of injuries.

The second and third pictures were taken by the family in haste when the funeral home employee stepped out, so the photos are out of focus and blurred.

The white around the neck and sides of the body was frost because he was frozen. The scars on his face were initially covered by cosmetic powder, but his family delayed their visit so that the frost and the makeup disappeared along with water from the melting ice, and the scars finally became visible.

Mr. Zhang and his wife, Ms. Zhang Shuhua, suffered from various diseases before they started practicing Falun Gong. Afterward, they adhered to the principles of Truthfulness-Compassion-Forbearance and became healthy and happy.

The couple were arrested and detained many times because they remained steadfast in their faith in Falun Gong. They were sent to labor camps in 2001 and 2005 and tortured severely. After they were released from the labor camps, the police never stopped harassing them.

On September 10, 2010, the 610 Office in Tumen City sent two police officers to take Mr. Zhang to a brainwashing facility at a senior center in Songlin Village. One of these officers was a 20-year-old Korean Chinese named Jin Xuewen. Several people pressured Mr. Zhang to abandon his belief in Falun Gong.

Ten days later, 610 Office agents transferred Mr. Zhang from the brainwashing facility to the Anshan Detention Center. On October 22, 2010, he was taken to the Yinmahe Forced Labor Camp based on the approval of Zhou Hong, the deputy chief of the Domestic Security Division in Jiutai City.