More and More People Are Awakening: A New Trend in the Countryside

(Minghui.org) As Falun Dafa practitioners continue to clarify the facts, more and more Chinese people now understand that Falun Dafa is good. Many people in China are looking for Dafa and are now helping spread the facts.

New Trend in the Countryside

A family in my village was preparing to hold a funeral. Some of the deceased's relatives went to a nearby county to buy supplies for the funeral service. On their way back, they met Falun Dafa practitioners who gave them many truth-clarification materials such as DVDs, pamphlets and books. The family happily accepted them.

After they came back to the village, they put the materials in a prominent place where people frequently went by, and said, “These are Falun Gong truth-clarification materials; you are welcome to take one as a free gift.” The villagers hurried over and picked up the materials. In just a short while the large pile of materials was nearly gone. The village Communist Party (CCP) secretary was there and saw this. At first he hesitated, but after seeing everyone else take one, he also went up to take a pamphlet and started to read.

By a Minghui correspondent Huiru in China

In order to rescue Falun Gong practitioner Zheng Xiangxing, who was illegally detained and in danger, we collected signatures from the local people on a petition letter calling for Xiangxing's release. As of July 14, 2013, 362 people signed their names and gave their thumbprints. Many who signed expressed their hope that there might be more good people in the world. They also said that the CCP always harms good people. 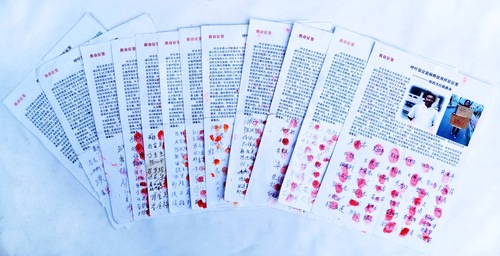 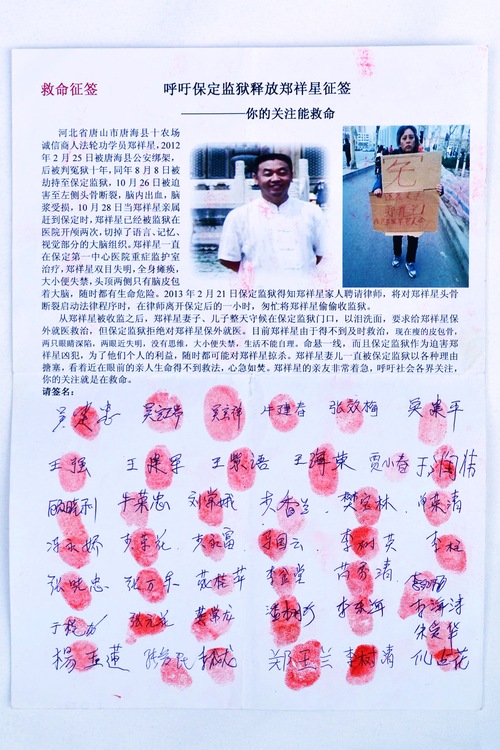 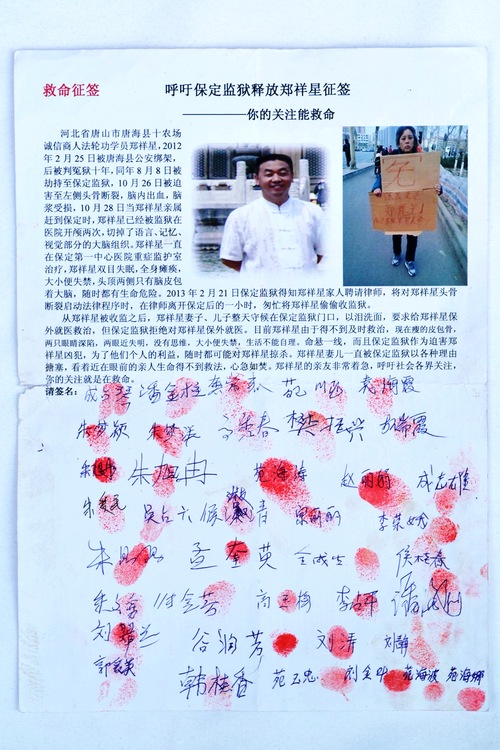 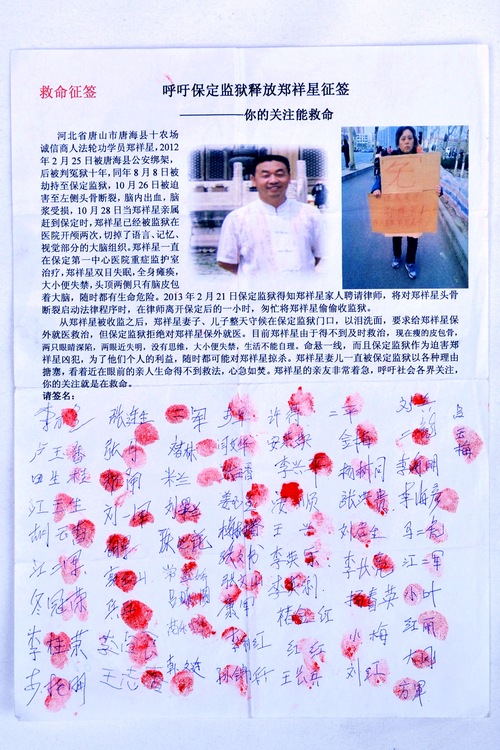 A farmer named Chen said, “The CCP is so wicked to persecute such good people [as Falun Gong practitioners]. Evildoers are bound to be punished by heaven. I will sign to rescue this good person.” After signing he added, “The sooner we don't have the CCP around any more, the sooner we will live a good life. Look how corrupt they are. I really look forward to living a good life without the communist bandits.”

A practitioner asked her cousin to sign the petition. Her cousin said, “This is to rescue a good person; I certainly should sign.”

A farmer was irrigating the cornfields when he overheard practitioners talking to other farmers about collecting signatures. He came out of the field, rubbed the mud off his hands and signed. He commented, “The communists always harm good people.”

An old man said, “I know this is to jointly rescue a good person. He was wronged and that is an injustice. After I sign, I will ask my wife to also sign it.” As he spoke, his daughter came in from outside, and after she was told what the petition was for, she also signed her name.

The Person Trusted by the Deliveryman

By a Minghui correspondent in China

A few days ago, in front of a mall entrance, I saw a middle-aged man walking around with a tricycle. He was sweating profusely and looked very worried. I approached him and asked, “Do you know that reciting 'Falun Dafa is good! Truthfulness, Compassion and Forbearance are good!' often will bring you peace and security?” He quickly said, “Yes, I know. Would you please keep an eye on my tricycle? I need to go inside to check out and get paid.” He was a delivery person and still had undelivered cargo on his tricycle.

After a long time, he came out and said, “I'm sorry for keeping you waiting. If it were not for you looking after my stuff, I would not dare take so long!” Hearing this, I was very encouraged: everyone is learning the truth and knows that Falun Dafa is good. They all know that Falun Gong practitioners are good people and trustworthy. Just as Master said: “Falun Dafa is great Gradually enters the human realm” (“Dafa is Great” in Hong Yin Vol. II)

I remember something my daughter told me a few days ago. After she clarified the truth about Falun Gong to someone, that person said, “I'm a policeman. We don't arrest people any more. The 610 Office has been dissolved.” My daughter asked, “So you must be a party member?” He said that he was. My daughter said, “Let me help you quit the CCP.” He agreed immediately.