Condemning the CCP for Harvesting Organs from the Living (Photos)

(Minghui.org) The Chinese Communist Party's (CCP) harvesting of organs from living Falun Gong practitioners shocked the international community when it became known in 2006 and has been condemned ever since. Recently, the United State Congress held a hearing on the CCP’s harvesting of organs from political dissidents and religious believers. At the United National Human Rights Council meeting, international organizations proposed to conduct an immediate investigation into the CCP’s live organ harvesting. This development drew people’s attention to this issue again. Doctors, lawyers, judges, elected officials, movie directors, and the public strongly condemn the CCP’s reprehensible practice and call for an end to the atrocity.

On September 26, 2012, Doctors against Forced Organ Harvesting (DAFOH), an organization made up of doctors from several countries, handed over a petition with 23,000 signatures to Susan Rice, US representative to the UN, at UN Headquarters in New York. DAFOH called on the US government to exert pressure on the Chinese Communist regime to stop the forced organ harvesting. The appeal also called on the US to release information on live organ harvesting that Wang Lijun, former head of Chongqing Police Bureau, submitted to the US Consulate in Chongqing when he went there to seek asylum.

About 10,000 organ transplants are done in China annually. The wait in the United States for a compatible organ is about three years; in China, as short as a few weeks. Based on the number of transplants and the short wait time, DAFOH stated, “There must be a large number of live organ donors in China. The largest group of victims is Falun Gong practitioners.” The petition estimated that, since 2000, at least 60,000 Falun Gong practitioners have died from forced organ harvesting. Their organs were sold at high prices. Dr. Torsten Trey, Executive Director of DAFOH, said: "We hope to break the silence, and ask the United States to pay attention to this issue instead of just being an observer. We hope to see an international investigation that will get to the root of the problem. "

Dr. Wenyi Wang of DAFOH, who assisted in handing over the petition, said, “China is a signatory of the United Nations Convention against Torture. We are submitting this letter is to remind people that Communist China does not act in accordance with the Declaration; the international community has an obligation to urge it to comply with this treaty.”

Dr. Wen-Je Ko, former head of the Organ Transplant Group and Director of the Trauma Management Department at the hospital of National Taiwan University, asked the Taiwanese government to address the issue of patients going to mainland China for organ transplantation in order to have them avoid becoming accomplices in the CCP’s organ trafficking. 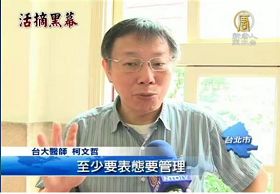 Dr. Ko said, “Regarding organ transplantation in mainland China, I think the Taiwan government should state a position. It cannot close its eyes and pretend to know nothing. That is not good.”

Teresa Chu, the spokesperson for the Taiwan Falun Gong Human Rights Lawyer Team, was recently interviewed by senior reporter Yang Hsien-hung of Taiwan Central Radio Broadcasting Station. Ms. Chu stressed in the interview that the Chinese Communists have been harvesting human organs from living people for a decade. Not only is it murder, it is also a crime against humanity. She called for global exposure of the outrage, and the promotion of legislation to stop it.

Ms. Chu said, “Several foreign countries, including Canada, Israel, Italy, and Belgium, have passed legislation to prevent doctors from illicit brokering of organ sales and preventing patients from going to places like China to get organs of unknown origin. They even withhold insurance benefits from those getting organs in China, which will stop the demand and prevent their citizens from become unwitting accomplices to the CCP’s crime of live organ harvesting.”

Judicial officer: There is a big controversy about mainland China’s source of organs 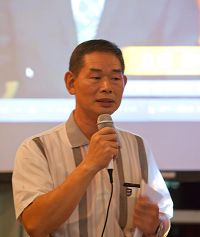 Ho Chia-en, Chief of the Kaohsiung Branch, Taiwan High Court, reminded the public while attending a local workshop titled “Exposing the CCP’s atrocity of live organ harvesting,” “The Chinese Communist Party claims that organs are from death-row inmates. At the same time, there are disclosures of a series of forged signatures and other unreasonable practices. There is a big controversy about mainland China’s source of organs.”

Mini movie director: The CCP is afraid of an open discussion on the live organ harvesting issue 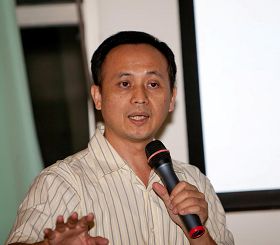 Film director Wu Yongde said he hoped that the people of Taiwan would learn the truth about what mainland Chinese officials are attempting to cover up and avoid becoming an accomplice to the Chinese Communist Party due to ignorance. He said that last year, after he participated in the press conference for the release of the book Bloody Harvest, he started to make a mini movie, “The Forgotten Geneva Declaration,” expressing concern for human rights. He then registered to participate in the first Cross-strait Original Mini Movie Competition jointly held by the Taipei international Short Film Festival and mainland China. After completing his registration on August 15 of this year, his short film was voted among the best. But on the eighth day, his movie was suddenly removed from the website. Afterwards, a staff person at the Taipei International Short Film Festival Office told him that the Beijing side said, "The film contains a topic not suitable for the public. It is in violation of regulations of mainland China.” Mr. Wu said, “The Chinese authorities really fear allowing an open discussion on the issue of organ harvesting.”

The Taiwan International Organ Transplant Care Association recently held a seminar "Exposing the CCP Atrocity of Live Organ Harvesting” in a community in Kaohsiung. Many audience members indicated after hearing the report that even if a family member needed an organ transplant, they would not accept an organ of unknown origin, because one should not take the risk of sacrificing another's life in exchange for extending one's own. 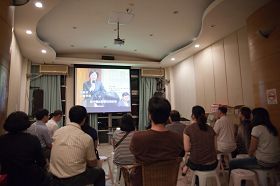 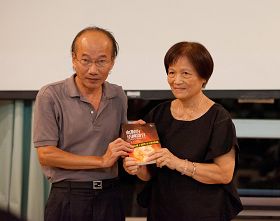 Ms. Huang said she would tell her friends to read the book Bloody Harvest.

An audience member, Ms. Huang, said, “I don’t think I would sacrifice another’s life to extend my own. I would choose other means to treat the illness and to live the rest of my life. I will definitely not to take another person’s organ if it means his or her death.” 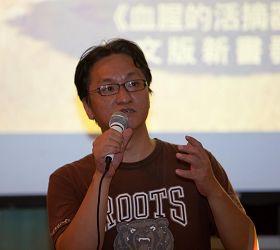 Mr. Ma with the management committee of the community in Kaohsiung calls on the Taiwanese people to not be hasty about going to China for organ transplants

Mr. Ma, a member of the community's management committee, commented that the risk of rejection with a non-relative's organ is very high. Kidney dialysis can help for a while, but getting a kidney from a non-relative can hasten death. Mr. Ma said, "Today's video will make me think about it for a long time. I really cannot accept something so cruel. If live organ harvesting is true, it is terrible!" He knew that a lot of medical practices carried out by the Chinese communists are irresponsible. Injection of large doses of anti-rejection drugs is a great risk, not to mention the many brutal killings behind the scenes. He called on the people of Taiwan to not be hasty about going to the mainland for an organ transplant.

“Member of the National Council of Switzerland: Bring Culprits of Live Organ Harvesting to Justice (Photo) ”