Turkey: Practitioners Call for an End to the Persecution (Photos)

(Minghui.org) Falun Gong practitioners in Turkey held an activity on September 21, 2012 in the famous Kugulu [swan] Park in Ankara. They introduced local people to Falun Gong and raised awareness about the persecution by the Chinese Communist Party (CCP). They called upon the Turkish people to work together to help end the CCP's atrocities. 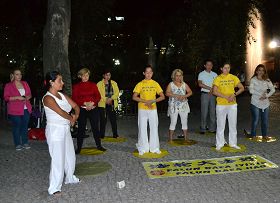 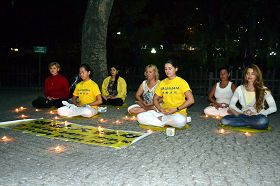 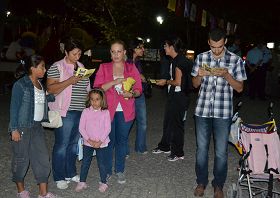 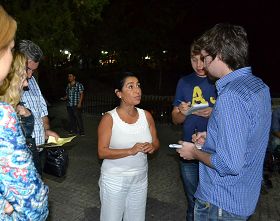 Kugulu Park, located in downtown Ankara, is so named because it is the year-round habitat for wild swans. Local people and tourists flock to the park all day to take a walk and watch the swans.

At dusk, practitioners unfolded a banner reading “Falun Dafa is Good” at a busy place in the park. Accompanied by peaceful music, they began demonstrating the Falun Gong exercises. Some practitioners passed out informational flyers to passersby.

Reporters and journalists from Turkey's well-known TV station Haber Turk, newspaper Sabah (ranked No. 2 in nationwide circulation), and other media outlets came to interview practitioners and cover the event.